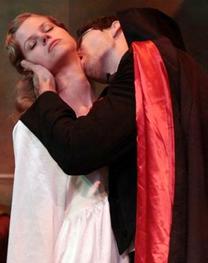 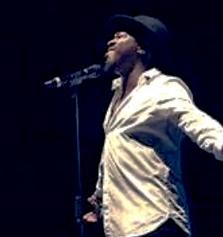 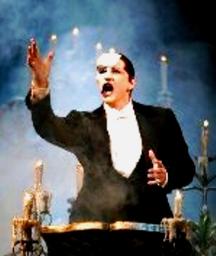 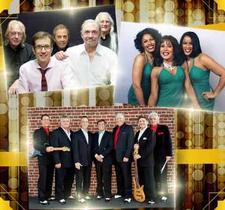 WITH THE “THE PHANTOMS UNMASKED”

Enter into a shadowy realm of mystery as three of Broadway’s greatest Phantoms share untold stories of their experiences behind the mask and face their  darkest fears, while performing classics of passion and seduction from such Broadway hits as Les Miserables, Man of La Mancha, Jekyll & Hyde, West Side Story,  South Pacific , Jesus Christ, Superstar and The Phantom of the Opera. The Phantoms will be joined on stage by an incredible chorus of area rising talent selected through a highly competitive audition process.

The Phantoms, Unmasked, stars Broadway “Phantoms”  John Cudia, Gary Mauer and Grant Norman, with musical direction by Daniel C. Strange. Produced and directed by Jodi Chekofsky and Stephen Kantrowitz.  John Cudia holds the distinct honor of being the first and only actor to have performed both as The Phantom singing “All I Ask of You” and Jean Valjean in Les Miserables on Broadway. The Phantom is in its historic, record-breaking 28 years. He was the tenor Tony in Master Class and portrayed  the part of Juan Peron in Evita.

“The Phantoms, Unmasked”  takes center stage on October 29, 2016 at 8 p.m. Tickets are $50 to $75 with an “Angel of Music”  package  deal at $125 per person that includes the performance, a post-show “Meet-the-Phantoms” cocktail and dessert reception. Student tickets are $25 with an ID. For tickets and information call 954-602-4500 or visit on www.miramarculturalcenter.org  The Center is located at 2400 Civic Center Place, Miramar.

IN CONCERT AT BROWARD CENTER

Grammy award winning recording artist Anthony Hamilton to appear in concert with special guests Lalah Hathaway and Eric Benet in the Au-Rene Theatre on October 27, 2016 at 7:30 p.m. The concert is part of a four-week tour that will be playing at several major cities in the U. S. including Fort Lauderdale.

Fans can expect to hear all of their hits plus new music as each artist has released new albums this year. Hamilton released his fifth studio album, “What I’m Feelin” with  RCA Records, which includes his hit single “Amen.”  He has appeared on the Nightly Show with Larry Wilmore. He recently took the stage in the UK and the Netherlands with a performance on BBC.

He has been praised by many outlets including Entertainment Weekly, Rolling Stone, Billboard, and more. Hamilton has collaborated with many artists including Nas, Rick Ross, Carlos Santana, Jill Scott, Tupac and Al Green to name a few. With a talent that is recognized by some of the most profound figures of our time.

THE BOX TOPS, THE CRYSTALS & THE BROOKLYN BRIDGE

These Doo-Wop Rock ‘n’ Roll groups will bring great entertainment for all ages to the Dania Beach Casino on October 29, 2016 at 8 pm. The Box Tops were a sixties group who rewrote history with hits like “Cry Like a Baby,”  “ The Letter,” “ I Met Her in Church,” “ I See Only Sunshine,” and “People Gonna Talk,” and more.

They will have the audience dancing and singing along with their hit songs. The Crystals’ high energy show, considered one of the finest acts of any girl group in the 1960s era, will be joining this fantastic show. Their hits include “Then He Kissed me,” “He’s A Rebel,” “ Uptown,” “I Wonder,” “ He’s Sure The Boy I Love,” “ Boogie Woogie Bugle  Boy” and many others that will have audiences wanting more and more.

The 60's pop group Brooklyn Bridge, formerly led by Johnny Maestro, and one of the greatest Rock and Roll bands of all time, will also be performing. They reached stardom with songs like “The Worst Thing That Could Happen,” “16 Candles,” “Guardian Angel,” “ I Remember You,” and too many others to mention.  They continued performing live throughout the decades.

“DRACULA” JUST IN TIME FOR HALLOWEEN

The play Dracula, by Steven Dietz, closely follows the novel. The suspenseful story is based on the classic legend of the Transylvanian vampire Dracula. The lead characters in the play work to piece together Dracula’s identity. They make a valiant attempt to stop him from taking new victims. Dracula is considered a technically challenging play from a production standpoint.

Before Count Edward became the lustful evil incarnate, he was above all, a gentleman. The count now journeys from his gloomy Transylvanian Castle to the bustling streets of London, leaving death and destruction in his seductive wake.

Join the Center for Halloween as they turn down the lights and welcome Dracula to the stage, as part of the series of Arts Radio Network Theatre’s live radio plays on October 28th and 29th, 2016 at 7:30 p.m. tickets are $25 available at the Center’s box office located at 201 SW 5th Avenue, Fort Lauderdale. For more information call 954-462-0222.
​