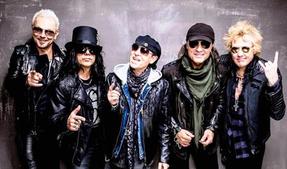 On March 22, 2017, Scorpions officially announced the “Crazy World Tour” and the North American dates. They also announced Megadeth as their opening act at that particular time.

With this tour, the band is continuing to celebrate their more than 50 years in the music business. Now 26 years later, things are getting more crazy every other day. After all these years, “Crazy World” is still a good motto for our up coming world tour. We are very much looking forward to seeing all our fans out there.”

In Germany, The Scorpions have sold more than one million copies of ‘Crazy World” alone.  In 1991 they received double platinum for several of their rock genre music, including  Switzerland and Canada as well.

Additionally, the band was number one in seven countries. The complete inventory of worldwide gold awards is simply too extensive to be listed. However, countless silver, gold and platinum are only one side of the Scorpions' history. There were many magic live moments that have cemented the Scorpions as one of those rare bands rising far above the crowd.


ACTORS PLAYHOUSE IS BRINGING BACK

THE BIG BANG” COMEDY JUST BECAUSE

FANS HAVE ASKED FOR IT

Lots of laughs (LOL) runs throughout the house for ninety minutes in this whirlwind musical, as two young comedy writers try to raise enough dough for the most historically, expansive show ever conceived, about the entire history of the Universe.

Both actors are put to the test as they try to convince their potential theatrical backers (the audience) that this insane frivolity is somehow worthy of the authors' hopes and aspirations. The Big Bang has become the most asked about show in our more than 30 year history, and yes, Actor’s Playhouse is bringing it back with a Bang just for you.

Two young fellows, Kent Clement and Nick Santa Maria have written The Big Bang, a twelve hour presentation of the history of the world and need $83 billion to produce the show. So they hold an investors’ audition in a proctologist’s luxurious apartment, playing all the roles themselves, and the rest is history.  There's plenty more schtick, including songs and dances, a large cast and a feast of funny humor.

The Big Bang is now on stage and runs through September 2, 2018 at Actor’s Playhouse located at the Miracle Theatre, 280 Miracle Mile, Coral Gables. For information call 305-444-9293. Visit online www.actorsplayhouse.org.

TO THE BOCA BLACK BOX THEATRE IN BOCA RATON

If the Pacific Northwest had a Mount Rushmore of Comedy,  this man’s head would be on it. Brad opens for some of the biggest names in show business.  He performs all over the country for numerous corporate events , does 8-12 weeks a year all over the world on cruise ships, and opens for the legendary Johnny Mathis.

Brad performs at a handful of clubs and casinos, keeping his schedule very full.  He was a 4th grade teacher and high school track coach when he stepped on a stage for the very first time in September 1984, and he’s never looked back. He quickly rose through the standup ranks making numerous television appearances and headlining comedy clubs from coast to coast. In 2018 he will surpass 6000 lifetime performances. In a 34-year professional career there are too many highlights to mention them all.

He is a past winner of the Las Vegas Comedy Festival and appeared at Caesar’s Palace as part of the HBO Comedy Festival. He has spent the last twelve years as the opening act for the legendary Johnny Mathis.  He's done multiple shows all over the country with the late, great, Joan Rivers.  He has also been in concert with The Smothers Brothers, Smokey Robinson and Kenny Rogers.  Brad Upton packs more laughs-per-minute into his set, than nearly anyone in the business.


JOIN MICKEY MOUSE AND HIS FRIENDS

AS DISNEY ON ICE PRESENTS

Hold on to your hooks! Maui Moana and a bunch of other fan favorite characters will appear in the newest Disney On Ice show, Mickey’s Search Party. Explore the colorful spirit realm of Coco in Miguel’s Disney On Ice debut; Sail away with Moana as she bravely saves her Island; See Belle in the sky above you as the enchanted chandelier comes to life, and sing-along with Elsa in the icy world of Frozen.

Mickey’s Search Party will bring the magic and fun closer to Disney audiences than ever before with immersive and dynamic moments on ice, in the air and in the seats when the show comes to BB&T Center September 13-16, 2018, for 4 performances. 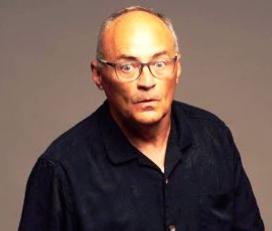 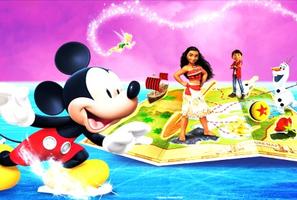