Stage Door Theatre’s first production in their brand new, state of the art home, will be the multiple Tony Award- winning “La Cage Aux Folles." The production will open on August 31 and run through September 23, 2018. The theatre will celebrate  the move with a gala party on September 1st with plans to be announced.

The musical, based on the French play by Jean Poiret, was adapted for the stage by Harvey Fierstein and Jerry Herman, who provided the music and lyrics. The original production received nine Tony nominations, and won six, including Best Musical, Best Score and Best Book. It is the first musical to win the Tony Award for Best Revival of a musical twice.

It is set in the 70s, a time when gay people and drag queens were still fighting to come out of the shadows. This story of a young straight man forcing his parents to change themselves and their lives so drastically-or these two gay men willing to suffer that humiliation so willingly- would seem ridiculous or even downright hateful today.

The show will have gorgeous costumes, fabulous dance numbers and a top notch cast to populate the Riviera town of St. Tropez. George’s is the owner of the La Cage Aux Folles nightclub, which features a drag show starring his partner and the love of his life, Albin who face many trials and tribulations to find happiness. La Cage is a musical delight filled with great heart.

GABLES AT THE BILTMORE PRESENTS

THE SOUTHEASTERN PREMIERE OF

WHITE GUY ON THE BUS

White Guy On The Bus is a fearless new play that unravels a complex web of moral ambiguity, revenge, and racial bias. A wealthy white business man and a struggling black single mother ride on the same bus week after week. As they get to know each other, their relationship sparks a candid and surprising look at racial and economics divides.

The play by Bruce Graham has been selected as the Critics Pick. Bruce began as a playwright at the Philadelphia Festival Theatre for New Plays in 1984 with Burkie. He became a playwright-in-residence, and later served two years as Artistic Director. He has received grants from the Pew Foundation, the Rockefeller Foundation, and was a past winner of the Princess Grace Foundation Statuette.

He won the Rosenthal Prize for “Coyote On A Fence.” He is the first American Playwright to be invited two years in a row to the Gateway Arts Festival which produced “ The Outgoing Tide,” and “Stella and Lou.”

AMY SCHUMER AND HER HILARIOUS FRIENDS

TO PERFORM AT HARD ROCK LIVE

Comedian Amy Schumer and her hilarious friends are coming to Hard Rock Live at the Event Center at the Hard Rock Hotel and Casino in Hollywood, Florida, On Friday, August 31 at 8 p.m.

Amy Schumer has become one of the entertainment industry’s leading forces as a standup comedian, actress, writer, producer and director, and this summer, she is taking her friends on tour. Friends will include Bridget Evereett, Rachel Feinstein, Mia Jackson, and other special guests (guests will vary by show and are subject to change).

Schumer most recently starred in the hit comedy, “ I Feel Pretty” and can also be seen on the big screen in “Snatched,” the mother-daughter comedy opposite Goldie Hawn, a drama about PTSD in soldiers “Thank You For Your Service,”and Universal Pictures hit” Trainwreck,” dominated the 2015 summer comedy worldwide box office. It was nominated for two Golden Globes, including Best Actress, Comedy or Musical, as well as Best Picture, Comedy or Musical.

Her latest one-hour comedy special titled “The Leather Special,” is currently streaming on Netflix. Her one hour HBO comedy special, Amy Schumer Live at the “Apollo”premiered in 2015, and was HBO’s most watched Saturday night comedy special, in addition to many other awards, too many to mention.

Tickets are $72 to $182 an up, now available at Ticketmaster, online, at www.ticketmaster.com. The Hard Rock Live is located on State Road7 (441) in Hollywood. *The show’s content is intended for mature audiences.

Steve Tannen and Deb Talan bring their beautiful harmonies and lyrical songwriting to the Amaturo Theatre at the Broward Center for the Performing Arts with The Weepies: Completely Acoustic and Alone Tour on Saturday, September 1 at 8 p.m. Singer-songwriter Carsie Blanton will open the show.

The married couple has sold more than a million records, with over 30 million views on You Tube and 90 million streams on Spotify, for their intoxicating folk-pop sound.

In a review of the title track to the duo’s CD,Hideaway, NPR reported “Deb Talan and Steve Tannen couldn’t write a bad song if they tried." As the folk-pop duo The Weepies, the two have found their groove with a comforting synthesis of husky vocals and springy guitar that makes any combination of words and melodies shine like gold.

Carsie Blanton has toured with Paul Simon, The Wood Brothers, Loudon Wainwright III, and Anais Mitchell. Tickets are $37.50 -$45 with $75 VIP tickets that include a meet and greet. Ticketmaster is the only official ticketing service at the Broward Center. Purchase tickets online at BrowardCenter.org or Ticketmaster.com;by phone at  9545-462-0222, or the Center’s Box Office located at 201 S.W. Fifth Avenue, Fort Lauderdale. 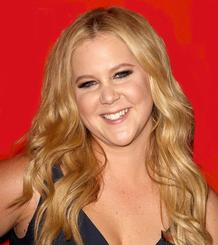 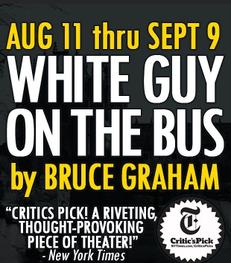 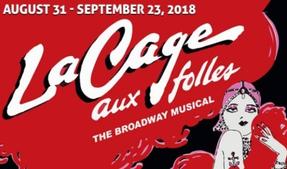 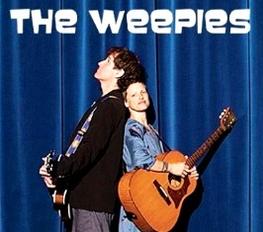