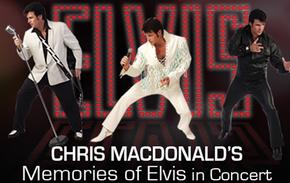 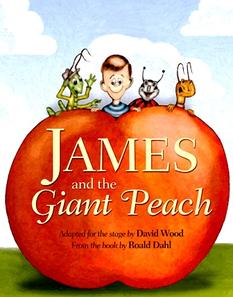 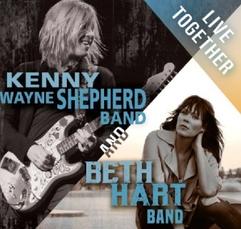 BRING THEIR TOUR TO BROWARD CENTER

Renowned blues rock guitarist /songwriter Kenny Wayne Shepherd and celebrated Grammy nominated singer/songwriter Beth Hart will each play full sets when their tour arrives in the Au-Rene Theatre on August 11, 2018 at 8 p.m. Shepherd’s recording career of over two decades, began when he was only sixteen.

He has sold millions of albums worldwide and, in addition to his five Grammy nominations, he has won two Billboard Music Awards, a pair of Orville H Gibson awards, the Blues Foundation's Keeping The Blues Alive award, and two Blues Music awards. He’s had eight No. 1 blues albums and a string of No.1 mainstream rock singles . His latest releases , Lay It On Down debuted at No. 1 on the Billboard Blues Charts and remained there for eight consecutive weeks.

Beth Hart is on fire riding a creative tidal wave firing out acclaimed albums, hooking up with the biggest names in
music and rocking the house each night with that celebrated burnt-honey voice. The Blues Magazine dubbed her “The ultimate female rock star,” and there’s no doubt that her two-decade career is the ultimate thrill-ride.

Hart released a fistful of hit albums through the 90's, then reignited in the post-millennium as both a solo artist and the head-turning vocalist for guitar heroes like Jo Bonamassa, Jeff Beck, Buddy Guy and Slash. She is now packing large venues in major cities everywhere. Every performance gets a standing ovation. No one knows how to rock the house better than Beth. When she sings clocks stop, hearts dance and neck-hair tingles.


THE MUSICAL JAMES AND THE GIANT PEACH

James and the Giant Peach is a popular children’s novel written by Ronald Dahlia. There have been re-illustrated versions of it over the years, and was adapted into a film of the same name in 1996. The plot centers on a young
English orphan boy who enters a gigantic, magical peach and has a wild and surreal cross-world adventure with seven magically-altered garden bugs he meets.

They set off on a journey to escape from James’ two mean and cruel aunts. Ronald Dahl was originally going to write about a giant cherry, but changed it to James and the Giant Peach because a peach is prettier, bigger and squashier than a cherry.

Four-year-old James Henry Trotter lives with his loving parents in a beautiful cottage by the sea in the south of England, until his parents are killed by an escaped rhinoceros during a shopping trip in London. As a result, James is forced to live with his two cruel aunts, Spiker and Sponge, in a run-down house on a high, desolate hill near the White Cliffs of Dover.

For three years, James is treated like a drudge, forced to do hard labor, beaten for no reason, improperly fed , and forced to sleep on bare floorboards in the attic. One summer afternoon, after a particularly upsetting altercation with his aunts, James stumbles across a mysterious stranger, who gives him magic green “crocodile tongues," which , when drunk with water, will bring him happiness and great adventures.

On the way to the house, James spills the crocodile tongues onto a barren peach tree, which then produces a single peach that quickly grows to nearly the size of a house. James takes a closer look at the giant peach and discovers a tunnel, which leads to a secret room inside the peach’s seed, inhabited by a rag-tag band of human-sized, talking old green grasshopper, and other species also transformed by the magic of the same tongues given him earlier. Many exciting and interesting adventures take place for James he never anticipated.

James and the Giant Peach can be seen at the Sol Children’s Theatre from August 24 through September 2, 2018. Tickets range from $20 for adults and $15 for children 11 years and under, available at the box office located at 3333 North Federal Highway, Boca Raton. For all additional information call 561-447-8829.

Purple Reign began at the small, but then popular UNLV college club, Tom & Jerry’s in the summer of 1997. The front man Jason Tenner formed the group with high school band- mates Jason Underwood (bassist) and Brent Wheeler (guitarist) after dressing as Prince for a Halloween party at the Hard Rock Casino the previous year.

“People’s reactions went crazy, wanting pictures and checking to see where I would be performing and how they could get tickets."  They went wild. Tenner, Underwood and Wheeler already a working group with their 70's era funk and disco tribute show “The Mothership Connection," were joined by keyboardist Greg Orr and drummer Michael Paul. By 1998, Purple Reign could be seen in much larger venues such as the Railhead in Boulder Station, The Beach night club, Club Rio, also formerly Prince’s club 3121.

In 2001, Purple Reign became headliners of the mini showroom at the Boardwalk Casino. In 2006 Purple Reign saw a landslide and returned to larger venues receiving 190 out of 200 votes and received the award for best Tribute Artist Show and was deemed the show among the "16 Things You Can’t afford To Miss.”  By 2008, Purple Reign became the 1st ever tribute/ impersonator act to appear as the musical guest on the Late Show with David Letterman and was later crowned “Best Prince Tribute Show."

Tickets are available through Ticketmaster, ranging from $25 to $45 and up for this event at the Hard Rock on August 25, 2018 at 8 p.m., located on State Road 7 (US 441) in Hollywood. Online visit www.ticketmaster.com.

Chris Mac Donald is an experienced entertainer. Not only is he charismatic, but a superb performer as Elvis Presley. Chris has an extensive repertoire spanning from the 50's through today, including contemporary country music, in addition to his own original compositions. He is extremely energetic and has starred as the famous legend in stage productions in cities such as Branson, Missouri and Las Vegas, in addition to being a member of and performing in concerts with Elvis Presley’s original back-up group and band, The Jordanaires.

In a tribute to Elvis, Chris will be singing some of Elvis’s greatest hits such as “Jail House Rock,” “Hound Dog,” “Don’t Be Cruel,” “Heartbreak Hotel,” and so many more. Mac Donald has the honor of being the only tribute artist to be hired by Presley Enterprises to perform at Graceland’s Heartbreak Hotel. With his newly updated version of his popular tribute, Chris has created a multi-media experience for all. He has The Look, The Sound, The Excitement and the Memories.

For one night only, MacDonald will bring back an all American legend in a truly dynamic multi-media performance, complete with costumes and a high-energy concert band. Join the Rockin Tribute Celebration. The life and music of one of the greatest entertainers and pop culture icons of our time, on August 18, 2018 at 7:30 p.m., at the Parker Playhouse located at 707 N.E. 8th Street, Fort Lauderdale. Tickets range from $24-

$51 at Ticketmaster. For all additional information call 954-462-0222. Visit online at www.ParkerPlayhouse.com 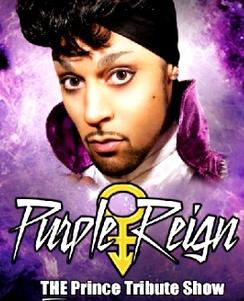