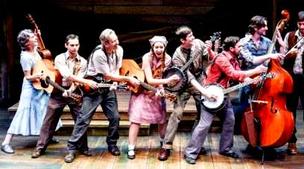 ON TOUR AND BRINGING HER ACT TO HARD ROCK

On June 28, 28, 1999, Spears began her first headlining "Baby One More Time Tour" in North America, which was positively received by critics, but generated some controversy due to her racy outfits. An extension of her tour, titled Crazy2k, followed in March 2000.

Spears premiered songs from her upcoming second album during the show. “OOPS!..I Did It Again,” her second studio album, was released in May 2000. It debuted at number one in the U.S., selling 1.3 million copies, breaking the Sound Scan record for the highest debut sales by any solo artist. The album sold more than 20 million copies, worldwide to date, makng it  one of the best-selling albums of all time.

Rob  Sheffield of Rolling Stone said that "the great thing about  ‘Oops!-under the surface, Britney’s demand for satisfaction is complex, fierce and downright scary, making her a true child of rock & roll tradition." The albums lead single,  "Oops!...I Did It Again,” peaked at the top of the charts Australia, New Zealand, the United Kingdom and many other European nations. The album as well as the title track received Grammy nominations for Best Pop Vocal Album and Best Female Pop Vocal Performance, respectively.

The same year, Spears embarked on the Oops!...I Did It Again Tour, which grossed $40.5 million, she also released her first book, Britney Spears’ Heart To Heart co-written with her mother. On September 7, 2000, Spears performed at the 2000 MTV Video Music Awards.

Halfway through the performance, she ripped off her black suit to reveal a sequined flesh-colored bodysuit, followed by a  heavy dance routine. It is noted by critics as the moment that Spears showed signs of becoming a more provocative performer. Amidst media speculation, Spears confirmed she was dating NSYNC member Justin Timberlake. She also bought a home in Destin, Florida.

IN TRIBUTE TO ELVIS PRESLEY

Chris Mac Donald is an experienced entertainer. Not only is he charismatic, but a superb performer as Elvis. Chris has an extensive repertoire spanning from the 50's through today, including contemporary country music, in addition to his own original compositions.

He is extremely energetic and has starred as the famous legend  in stage productions in cities such as Branson, Missouri and Las Vegas, in addition to being a member of and performing in concerts with Elvis Presley’s original back-up group and band, The Jordanaires.

In a tribute to Elvis Presley, Chris will be singing some of Elvis’s greatest hits such as “Jail House Rock,” “Hound Dog,” Don’t Be Cruel,” “Heartbreak Hotel,” and so many more. Mac Donald has the honor of being the only tribute artist to be hired by Presley Enterprises to perform at Graceland’s Heartbreak Hotel. With his newly updated version of his popular tribute, Chris has created a multi-media experience for all. He has The Look, The Sound, The Excitement and the Memories.

For one night only, Mac Donald will bring back an all American legend in a truly dynamic multi-media performance complete with costumes and a high-energy concert band. Join the Rockin Tribute Celebration. The life and music of one of the greatest entertainers and pop culture icons of our time on August 18, 2018 at 7:30 p.m., at the Parker Playhouse located at 707 N. E. 8th Street, Fort Lauderdale. Tickets are $24 to $51 at Ticketmaster. For more information call 954-462-0222. Visit online at www.ParkerPlayhouse.com.


THE MUSICAL “THE BIG BANG THEORY”

The Big Bang Theory is a whirlwind comedy musical about two comedy writers  who try to raise enough  dough for the most historically expansive show ever conceived, about the entire history of the universe. In a record 90  minutes, both actors are put to the test as they try to convince their potential theatrical backers (the audience) that this insane frivolity is somehow worthy of the author's unrealistic hopes and aspirations. This Big Bang has become the most asked about show in our 30 year history, and yes, we’re bringing it back with a Bang just for you.


PALM BEACH DRAMAWORKS AT THE

The show conceived by Peter Glazer and orchestrated by Jeff Waxman, features more than two dozen of the legendary balladeer’s songs, including “Bound For Glory,” “Grand Coulee Dam,” “Nine Hundred Miles,” “Hard Travelin,” “Union Maid,” “Pastures of Plenty,” and of course, his most famous piece, “This Land is Your Land.” A powerful storyteller and insightful chronicler of America, Guthrie was a wondering troubadour who listened to the people he met in his travels and wrote songs based on what he saw and heard.

He was a poet of the downtrodden, the voiceless, the powerless, and the forgotten, as humanist who rallied against injustice but also celebrated the splendors of this country. Guthrie’s work had a powerful influence on subsequent generations and remains strong to this day. 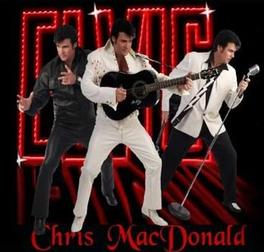 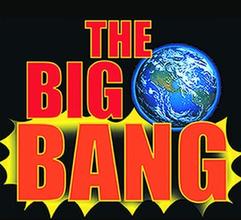