“BREAKING UP IS HARD TO DO”

FEATURING THE MUSIC OF NEIL SEDAKA

It’s a Catskills summer at The Stage Door Theatre with its final production“Breaking Up Is Hard To Do” that is now on stage, playing in their long time venue on Sample Rd. , through August 12, 2018. The Stage Door’s next production, La Cage Aux Folles, opens in their new home at the Lauderhill Performing Arts Center on August 31, 2018. Watch for news of the event.

This comic story, “Breaking Up”  is that of Marge and Lois, two friends from Brooklyn, who arrive at “Esther’s Paradise Resort," Labor Day weekend, 1960, a holiday in search of good times and romance that was intended to be Marge’s honeymoon‑ until the groom left her at the alter.

It includes a live band showcasing 18 Sedaka classics including: “Where The Boys Are,” “Sweet Sixteen,” “Calendar Girl,” “Love Will Keep Us Together,” and of course, the chart‑topping title song “Breaking Up Is Hard To Do.” Mr. Sedaka seems to have a song for every emotion.

Lois attempts to console Marge by setting her up with the resort’s handsome, self‑obsessed singer Del Delmonaco, but her plans backfire when Del mistakenly assumes that Marge’s father can further his ambitions to become the next teen heartthrob on American Bandstand. Gazing forlornly at Marge from the Wings is geekish cabana boy Gabe.

“Breaking Up Is Hard To Do,” is a terrific theatrical collaboration of story and music with plenty of laughs. Tickets are $48 at the box office presently located at 8036 Sample Road, Margate. For all additional information call 954‑344‑7765. Performances are Wednesday, Saturday and Sunday at 2 p.m, Friday and Saturday at 8 p.m. Purchase tickets online at www.stagedoorfl.org.

AN AMERICAN MUSIC GROUP FROM THE MID TO LATE 70's

KC and The Sunshine Band is an American disco and funk band, founded in 1973, in Hialeah, Florida. Their best-known songs include the hits “That’s the Way I Like It,” “Shake, Shake, Shake Your Booty,” “ I’m Your Boogie Man,” “Keep It Comin’ Love,” “Boogie Shoes,” “Please Don’t Go,” and “Give It Up.” Ths group scored 6  top ten singles, 5 number one singles and one number two single on the Billboard Hot 100 chart. The group produced some classic well known hits in the mid-to late 70s.

A revival of interest in disco music in 1991 brought Casey out of retirement. He reformed the band with some new members and two of the original members, percussionist Fermin Goytisolo and vocalist Beverly Champion-Foster and began touring once again. The new band has released a large number of compilation albums through Rhino Records, along with some newly recorded material.

The album “Oh Yeah!” was released in 1993, after a ten-year gap between new albums. Several KC/Finch songs have been included in the Dance Dance Revolution series of dance video Games. On July 16, 2013, KC and the Sunshine Band were honored with a Golden Palm Star on the Palm Springs Walk of Stars.

COMING TO SUSAN B. KATZ THEATRE

Inspired by William Shakespeare’s play, Romeo and Juliet, the story is set in the Upper West Side neighborhood of New York City in the 1950's and explores the rivalry between the Jets and the Sharks, two teenage street gangs of different ethnic backgrounds.

“West Side Story” is a 1961 musical tragedy. After a brawl erupts, Lieutenant Schrank and Officer Krupke arrive and break it up. The Jets decide to challenge the Sharks to a rumble at an upcoming dance for neighborhood control. Riff decides that his best friend Tony Wyzek, co-founder of the Jets, who left the gang, should join them for a rumble.

Riff invites Tony to the dance, but Tony is not interested, however, eventually agrees to come. He tells Riff that he senses something important will happen in his life, which Riff suggests could be related to the dance. Bernardo’s younger sister, Maria, tells her best friend and Bernardo’s girlfriend Anita Palacio, with whom she works at a bridal shop, how excited she is about the dance as they work on altering Maria’s dress.

She also expresses the fact that she has no interest in Chino, the young Puerto Rican man Bernardo brought to the U.S. for her to marry. At the dance, the gangs and girls refuse to intermingle. Tony arrives and he and Maria fall in love at first sight. Bernardo angrily demands Tony stay away from Maria and sends her home. Riff confronts Bernardo about meeting to arrange the fight.

Tony quietly meets Maria where they reconfirm their love. Meanwhile both gangs agree on a one -on-one fist fight.  They agree to meet the following night and the fight begins as planned. Unfortunately a great tragedy occurs.


GET READY TO SEE LIOR SUCHARD

AT THE ARSHT CENTER

Get ready to have your mind boggled by the one and only Lior Suchard, an Israeli mentalist of such renown, his talents have taken him all over the world, as well as Hollywood and Jay Leno’s couch. Suchard’s dazzling displays of telekinesis and telepathy are sure to fascinate, mystify and downright amaze during two special evenings at Miami’s Ziff Ballet Opera House this summer.

Born and raised in Haifa, Israel, Suchard began his life as a quiet scholar with a gift for math, something that put him at odds with his peers and drew their ire. The gifted youngster turned to the world of magic in refuge, cultivating  a gift for miraculous predictions and jaw-dropping mind reading feats that would later see him touring the world and garnering A list of celebrity fans like Larry King, Jerry Seinfeld and Alicia Keys.

Fusing comedy, innovative techniques and audience participation, Suchard takes his viewers on a rollercoaster ride filled with drama, tension, astonishment, and most importantly, fun. He has performed his show “Supernatural Entertainment” to sold out audiences in more than 50 countries around the globe, and is one of the most in-demand performers.

Performing amazing mental feats, Suchard takes live audiences on an incredible journey through the wonders of the human brain. He reads audience members’ minds as easily as he reads a newspaper, delving into their innermost thoughts and astounding even the most skeptical critics.  Suchard was the opening act for comedienne Joan Rivers. 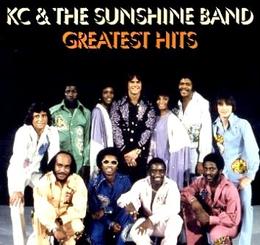 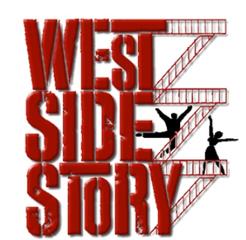 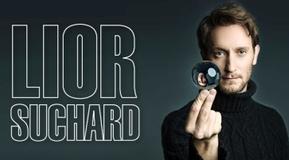