“BREAKING UP IS HARD TO DO”

FEATURING THE MUSIC OF NEIL SEDAKA

Stage Door Theatre’s final production“Breaking Up Is Hard To Do,” in their long venue on Sample Road, will open in Theatre 1 on July 6, 2018 and run through August 12, 2018. The Stage Door’s next production, La Cage Aux Folles, will open in their new home at the Lauderhill performing Arts Center on August 31, 2018

This comic story is that of Marge and Lois who arrive at “Esther’s Paradise Resort Labor Day Weekend 1960 on a holiday that was intended to be Marge’s honeymoon- until the groom left her at the alter. It is set to the music of pop icon Neil Sedaka, and the score showcases eighteen Sedaka classics, including: "Where The Boys Are,” “Sweet Sixteen,” “Calendar Girl,” “Love Will Keep Us Together,” and of course, the chart-topping title song “Breaking Up Is Hard To Do.” Mr. Sedaka seems to have a song for every emotion.

Lois attempts to console Marge by setting her up with the resort’s handsome, self-obsessed singer Del Delmonaco, but her plans backfire when Del mistakenly assumes that Marge’s father can further his ambitions to become the next teen heartthrob on American Bandstand.

Gazing forlornly at Marge from the Wings is geekish cabana boy Gabe. In the meantime, when he isn’t entertaining guests, with his comical Borsht Belt Shtick, house comedian Harvey is secretly carrying a torch for widowed resort owner Ester, who is more preoccupied with keeping her hotel opened.

The show’s cast consists of Molly Shippy, Leigh Green, Trenton Bainbridge, Bruno Faria, Gail Byer, and
Michael Small. “Breaking Up Is Hard To Do,” is a terrific theatrical collaboration of story and music with plenty of laughs. Tickets are $48 at the box office presently located at 8036 Sample Road, Margate. For all additional information call 954-344-7765. Performances are Wednesday, Saturday and Sunday at 2 p.m, Friday and Saturday at 8 p.m. Purchase online at www.stagedoorfl.org.

THE STARS OF “BRING IT BACK”

The main event of “Bring It Back" features Miss D’s top girls as they high kick, shake and flip their way to the top with all their hair flips and death drops you can handle. This performance is back by overwhelming demand as Miss D and her Dancing Dolls, the stars of Lifetime’s hit series Bring It!, return to the Au-Rene Theatre at the Broward Center on June 30, 2018 at 8 p.m. with an all new Bring It Live 2018 summer tour.

Straight out of the Delicious Dance Factory in Jackson Mississippi, The Dancing Dolls have pulled out all the stops in this spectacular all new event created just for Super fans. In 2016, the elite world of hip-hop majorette competition was brought to the main stage for the first time with an incomparable energy that took the country by storm.

Audiences across the nation were enamored by the fierce original, high-octane performances that inspired fans of all ages and left them clamoring for more. With hotter-than-ever, never- before-seen performances in the 2018 tour, there has never been a better time to take advantage of this most entertaining event.

Ticketmaster is the only official ticketing service for the Broward Center. Purchase by phone at 954-462-0222 or online at Ticketmaster.com or BrowardCenter.org. Prices range from $46.75 to $56.25 with special Meet and Greet VP tickets up to $126.25. The Broward Center is located at 201 S.W. Fifth Avenue, Fort Lauderdale.

“Every Rose Has Its Thorn.”

The band’s breakthrough debut album, the multi- platinum “Look What the Cat Dragged In,” was released in 1986 and they hit their peak with their second album “Open Up And Say ....Ahh! “ which became the band’s most successful album, being certified 5x platinum in the US. The popularity continued into the new decade with their third consecutive multi-platinum selling album, “Flesh & Blood’

In the 1990's following the release of the band’s first live album “Swallow This Live," the band experienced some line up changes, but regardless of the changes, the band still achieved Gold status. The band toured almost every year to sold out stadiums and arenas. In 2006 the band celebrated their 20th anniversary with ‘The Best of Poison: 20 Years of Rock.” Present members of the band are Kikki Rockett, Bobby Dall, Bret Michaels, and CC.DeVille.

AT THE BOCA BLACK BOX CENTER

Kate Quigley is a standup comedian and actress. She recently hosted the 2016 AVN Awards (airing on Showtime), and can currently be seen on MTV2's Add TV. Widely known as the “up for anything" star of UNDERCOVER on Playboy TV, Kate’s other credits include The Office (NBC), The Josh Wolf Show (CMT), The Danny Comden Project (pilot for Warner Brothers), The Megan Mullally Show (NBC), and Talkshow With Spike Feresten (FOX).

She also hosts a podcast, #DateFails (which receives more than 30,000 downloads per week on Bill Burr and Sl Madrigal’s network, “All Things Comedy.”

Kate tours as a headlining comedian and is a paid regular at the Improv, Laugh Factory, Icehouse, and Haha Comedy Club in Hollywood. She recently returned from an Armed Forces Tour, performing for troops in Japan, Singapore, Guam, and Diego Garcia. Kate hosts the Periscope TV Show, The Hollywood Pool Party on Periscope TV, which has 20,000 views per episode. She has a combined social media following of more than 80,000 people. 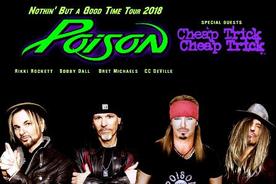 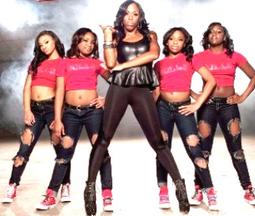 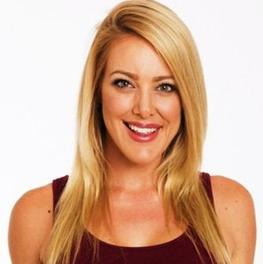