THE HIT MUSICAL “ROCK OF AGES”

Acclaimed troupe delivers the hits of the 80's in the fan favorite musical performed on stage and screen.  Theatre fans who “Can’t Fight the Feeling” of longing for a summer show with hot music and dramatic fireworks, will be ready to turn up the volume with Rock of Ages, the hit musical; with book by Chris D’Arienzo and arrangements and orchestrations by Ethan Popp.

Nominated for a Tony Award for Best Musical in its Broadway debut and a fan favorite in its movie adaptation, Rock of Ages is an awesomely good time about dreaming big, playing loud and partying. The story of a small-town girl and a big city rocker who meet in the most famous rock club on the sunset
strip and fall in love to the greatest songs of the 80's, including the hits by Styx, Reo Speedwagon and Pat Benatar.

Rock of Ages lives up to it’s name, borrowing from the greatest hits of Night Ranger, Twisted Sister, Poison, Asia
and Whitesnake, among others.  It features “We Built This City,” “We’re Not Gonna Take It,” “Waiting For a Girl Like You,” “I Want To Know What Love Is,” “Harden My Heart,” and “”Hit Me With Your Best Shot.”

The timeless duo has recorded multiple albums, and hosted their famed 1970's television variety show,”Donny and Marie.” In his five decades of entertainment, Donny has been a singer, actor, and television talk show host. Throughout his career, Donny has earned 33 gold records and sold approximately 120 million albums.

Donny has entertained an array of audiences in recent years. In 2007 he starred on Broadway as Gaston in Disney’s “Beauty and the Beast.”Donny has made music history by celebrating 50 years in show business and the release of his 60th album “Soundtrack of My Life.”

Marie has spent five decades in the entertainment business as a successful singer, talk show host, dancer, actress
author and public speaker. Her debut single “Paper Roses,” reached the number one spot on 2 Billboard Charts, a
feat that has placed her among an elite class of musical royalty.

Since then, she has gathered two Grammy nominations, a CMA Vocal Duo of the year award, numerous Billboard chart-topping singles and albums and written three New York Times Bestselling books. Her most recent studio album is “Music is Medicine.”

“FROM DOOR TO DOOR” NOW ON STAGE

what is called the Levy’s Bread test. The characters are
Jewish, but you don’t have to be Jewish to relate to them. The tracking of the three generations of one family’s women from generation to generation-from impoverished immigrants to assimilated, but still connected to their roots-Americans could be any nationality, and take place in New York or Boston as easily Chicago.

For every Yiddish truism uttered by Bessie, the Door to Door matriarch, there’s sure to be an Italian, Irish, Chinese or other
counterpart. The play opens with Mary sitting in a bare room, except for a chair. She is sitting in Shiva (the Jewish ritual of
mourning) for her husband. This lonely and downcast woman represents the middle layer in the generational sandwich.

She’s the first generation American who followed her mother’s convictions that women belonged in the
home, but wants her daughter to be like Betty Friedan and Gloria Steinem. The lengthy flashback takes us back to the
opening scene. While the story goes all the way back to the East European shtetl from which Bessie escaped to America.

The action begins when Mary is a senior in high school. Mother and daughter differ vastly in their dreams for a good life. Mary dreams of studying to become an artist, but practical Mamma dismisses dreams because they won’t pay the rent.

And so, the battle lines are drawn. between their differences and Mary’s concern about being the family’s financial rock, caring for her home, children and eventually the aging of Bessie, all of whom she loves dearly.

Yes, it’s schmaltzy-Yiddish theatre in English-but playwright Sherman has very much adapted their stories.
Considering the play stretches over such a long span,”From Door to Door” is very serious and ambitious play,
now on stage through July 1, 2018. Tickets are $48 at the box office located at 8036 W. Sample Road, Margate.  For performance times and more information call 954-344-7765.

“WEST SIDE STORY” COMING TO

Inspired by William Shakespeare’s play, Romeo and Juliet, the story is set in the Upper West Side neighborhood
of New York City in the 1950's and explores the rivalry between the Jets and the Sharks, two teenage street gangs of
different ethnic backgrounds.

“West Side Story” is a 1961 musical tragedy. After a brawl erupts, Lieutenant Schrank and Officer Krupke arrive and break it up. The Jets decide to challenge the Sharks to a rumble at an upcoming dance for neighborhood control. Riff decides that his best friend Tony Wyzek, co-founder of the Jets who left the gang, should join them for a rumble. Riff invites Tony to the dance, but Tony is not interested, however, he eventually agrees to come.

He tells Riff that he senses something important will happen in his life, which Riff suggests could be related to the dance. Bernardo’s younger sister, Maria, tells her best friend and Bernardo’s girlfriend Anita Palacio, with whom she works
at a bridal shop, how excited she is about the dance as they work on altering Maria’s dress. She also expresses the fact
that she has no interest in Chino, the young Puerto Rican man Bernardo brought to the U.S. for her to marry.

At the dance, the gangs and girls refuse to intermingle. Tony arrives and he and Maria fall in love at first sight. Bernardo angrily demands Tony stay away from Maria and sends her home. Riff confronts Bernardo about meeting to arrange the fight.

Tony quietly meets Maria where they reconfirm their love. Meanwhile both gangs agree on a one-on-one fist fight.
They agree to meet the following night and the fight begins as planned. Unfortunately a great tragedy occurs. 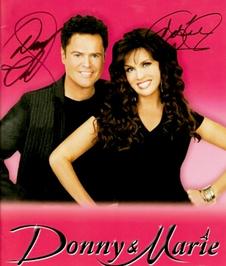 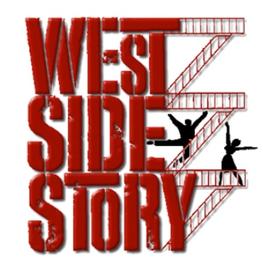 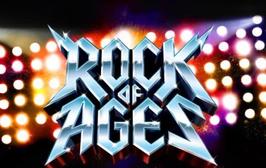