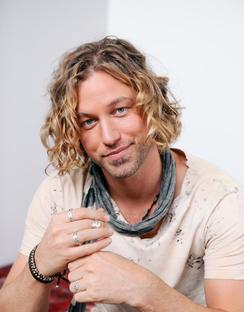 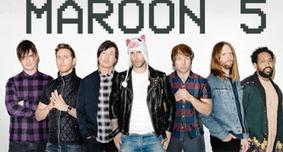 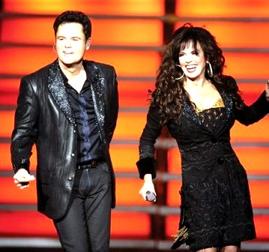 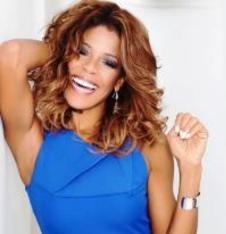 The Maroon Five were originally formed in 1994 as Kara’s Flowers, but soon changed their name to Maroon 5 in 2001. Many of Maroon’s influences were influenced by such pop artists as Stevie Wonder, Billy Joel, Marvin Gaye, the Bee Gees, Justin Timberlake, Prince and Michael Jackson. The Maroon Five have recently made changes in their musical style. Their album Overexposed is their most pop oriented work that has seen much exposure in their latest release. Their album Red Pill Blues has been the group's most popular and best work to date.

Maroon 5 has been awarded the MTV Video Music Award and Grammy Award for Best New Artist, Grammy Awards for Best Pop Performance by a group With the Vocals “This Love,” and “Make Me Wonder,” which hit number 1 on the Billboard Hot 100. Other Maroon 5 memorable songs are “Moves Like  Jagger,”One More Night,” and “Sugar.”

Nicole grew up in a musical family singing and studying the cello and performing ballet. Since her dazzling record debut, “The Nearness of You,” in 2004, Nicole Henry has established herself as one of the jazz world’s most acclaimed vocalists. Nicole possesses a potent combination of onstage charisma,  impeccable phrasing, and powerful emotional resonance.

Her repertoire includes the American Songbook, classic and contemporary jazz titles ,blues, and originals. Her expressive, soulful voice and uplifting energy has earned her three top 10 albums along with international accolades from Moscow to Madrid. Adding to her vocal talents, Nicole’s beauty and on-stage rapport, combining confidence, sincerity and touch of sass, has fascinated fans in over 15 countries.

Henry also shines on tracks such as Joni Mitchell’s”Big Yellow Taxi.”  “The Nearness of You,” won considerable attention from audiences and critics in the US and in Japan, where they named Henry Best New Jazz Artist. In 2005 “The Very Thought of You,” expanded her American audience, reaching #7 on Billboard’s jazz chart. ‘Embraceable,” followed reaching the top 20 on jazz and smooth jazz radio charts which was a creative triumph for Henry.

His five decades of entertainment, Donny has been a singer, actor, television talk show host. Throughout his career, Donny has earned 33 gold records and sold approximately 120 million albums. Donny has entertained an array of audiences in recent years. In 2007 he starred on Broadway as Gaston in Disney’s “Beauty and the Beast.”Donny has made music history by celebrating 50 years in show business and the release of his 60th album “Soundtrack of My Life,”

Marie has spent five decades in the entertainment business as a successful singer, talk show host, dancer, actress author and public speaker. Her debut single “Paper Roses,” reached the number one spot on 2 Billboard Charts, a feat  that has placed her among an elite class of musical royalty.

Since then she has gathered two Grammy nominations, a CMA Vocal Duo of the year award, numerous Billboard chart-topping singles and albums and written  three New York Times Bestselling books. Her most recent studio album is “Music is Medicine.”


SINGER-SONGWRITER CASEY JAMES PERFORMS IN THE

James shot to fame as a finalist on season 9 of American Idol and grew a fan base so enthusiastic it funded his current release, “Strip it Down,” through a kickstarter campaign. James combines a smokey, vocal quality and lyrical skill,with a guitar. As a country artist, he landed a Top 15 single with “Crying On A Suitcase,” and has performed as the opening act for Taylor Swift, Alan Jackson, and Sugarland.

Growing up in Texas, just a few miles west of Fort Worth, James began his career in a band that was in such high demand that it played 364 days in a single year. In a review of a recent performance, Milwaukee.com reported, “His blues is infused with rock, swing, metal and some old school honky-tonk country, is unequivocally delivered-- James!"

His performance is everything his fans could hope for, and more. His toe-tapping, finger snapping, hand clapping performance will leave his audience in a very happy mood.

Tickets are $32.50 with $52.50 VIP tickets offering premium seating and a meet and greet with the artist. Ticketmaster is the only official ticketing service of the Broward Center. Buy tickets on line at BrowardCenter.org or Ticketmaster.com. By phone at 954-462-0222 . The Center is located at 201 S.W. Fifth Avenue, Fort Lauderdale.