AWARD-WINNING SENSATION “FROM DOOR TO DOOR”

James Sherman’s latest Jewish family saga, again fits what is called the Levy’s Bread test. The characters are Jewish, but you don’t have to be Jewish to relate to them. The tracking of the three generations of one family’s women, from generation to generation-from impoverished immigrants to assimilated  Americans, could be any nationality, and take place in New York or Boston as easily Chicago.

For every Yiddish truism uttered by Bessie, the Door to Door matriarch, there’s sure to be an Italian, Irish, Chinese or other counterpart.

The play opens with Mary sitting in a bare room, except for a chair. She is sitting in Shiva (the Jewish ritual of mourning) for her husband. This lonely and downcast woman represents the middle layer in the generational sandwich. She’s the first generation American who followed her mother’s convictions- that women belonged in the home, but wants her daughter to be like Betty Friedan and Gloria Steinem.

The lengthy flashback takes us back to the opening scene. While the story goes  all the way back to the East European shtetl from which Bessie escaped to America, the action begins when Mary is a senior in high school.  Mother and daughter differ vastly in their dreams for a good life. Mary dreams of studying to become an artist, but practical Mamma, dismisses dreams because they won’t pay the rent.

And so the battle lines are drawn, but for all their differences and Mary’s concern about being the family’s financial rock, caring for her home, children, and eventually the aging of Bessie, all of whom she loves dearly. Yes, it’s schmaltzy-Yiddish theatre in English-but playwright Sherman has very much adapted their stories.

Considering the play stretches over such a long span, "From Door to Door” is a very serious and ambitious play, now on stage through July 1, 2018. Tickets are $48 at the box office located at 8036 W. Sample  Road, Margate. For performance times and more  information call 954-344-7765.

It all took off for Keb’ Mo’ in 1994 with his newly self-titled release under the newly coined Keb’ Mo’ moniker, and over the years, he has proven that he is a musical force that defies typical genre labels.

Album after album, 14 in all, garnered him 4 Grammy awards and a producer/engineer/artist Grammy Certificate for his track on the 2001 Country Album of the year. He has received 11 Grammy nominations, including country song of the year “I Hope.”  He has also been awarded 11 Blues Foundation Awards and 6 BMI Awards for his work in TV and Film.

Over the past two decades, Keb’ has cultivated a reputation as a modern master of American roots music through the understated excellence of his live and studio performances. Many famous artists who have recorded his songs are  B.B. King, The Dixie Chicks, Tom Jones and Melissa Manchester, to name a few. He has been featured in the film ‘Can’t You Hear The Wind Howl,” and three times in the TV series “Touched  By An Angel.” He also wrote and performed the theme song for the hit sit-com, “Mike & Molly.”

Keb’ Mo’ has been a long time supporter of the “Playing For Change Foundation,” a nonprofit organization that creates positive change through music education to children in 9 countries, including the United States, and has established 12 music schools around the world. Tickets $20 to $ 67.50 are now available at Ticketmaster, or the box office located at 707 N. E. 8th Street, Fort Lauderdale. For other information call 954-462-0222 or 954-764-1441.

The show kicks off with “Honest John” Basinger, Chop Allen and funny man Barry Ribs who is seen on the TV show Laffaholics.  Laugh it up with the Kentucky bred Chop Allen who’s opened for heavyweights like Jon Reep, Theo Von and Pauly Shore. Then, crack up with the hilarious “Honest John Basinger," who has appeared on BET’s  Comic View and HBO’s Def Comedy jam and several films including The Wash and For Da Love of Money.

Audra  McDonald is unparalleled in the breadth and versatility of her artistry, as both a singer and an actress. The winner of a record-breaking six Tony Awards, two Grammy Awards, and an Emmy Award, she was named one of Time Magazine’s 100 most influential people of 2015 and received a National Medal of Arts, America’s highest honor for achievement in the arts.

Blessed with a luminous soprano and an incomparable gift for dramatic truth-telling, she is as much at home on Broadway and opera stages as she is in roles on film and television. In addition to her theatrical work, she maintains a major career as a concert and recording artist, regularly appearing on the great stages of the world.

McDonald made her opera debut in 2006 at the Houston Grand Opera and made her Los Angeles debut in 2007, starring alongside Patti Lu Pone in John Doyle’s production of  Kurt Weill’s Rise and Fall of the City of Mahagony.

The recording won McDonald two Grammy Awards , for Best Opera Recording and best Classical Album. She recently played Madame de Garderobe in Disney’s live-action Beauty and the Beast in 2017. She will be appearing in the upcoming movie-musical Hello Again. On the concert stage, McDonald has premiered music by Pulitzer Prize-winning composer John Adams and sung with virtually every major American orchestra - including the Boston, Chicago, and San Francisco and many other foreign countries' Symphony Orchestras. 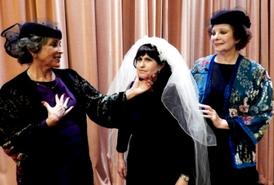 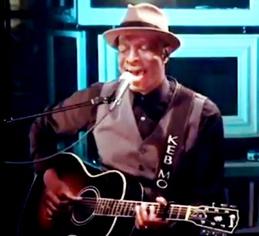 FROM DOOR TO DOOR 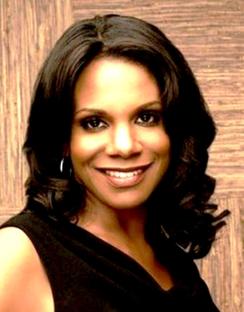 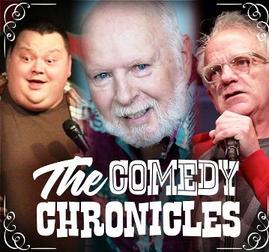