A LIVELY AND BEAUTIFULLY CHOREOGRAPHED

Serbian folk dancing is an old tradition and a strong element in the Serbian culture. The traditional dances are of a social function, bringing the community and families together at various important days such as weddings, Christmas or Easter. The dances can be part of performances, art, theatre, historical events and social life.

Kolo is the traditional collective folk dance, where a group of people, mostly several dozen, hold each other by the hands or around the waist, and  dance in a circle. There is almost no movement above the waist. Each group has at least one unique kolo.

The dance is accompanied by instrumental two-beat music with the same name, made most often with an accordion, but also with other instruments like frula, a traditional kind of flute, as well as tamburica, sargija, zuria, gajde, tapan, or harmonica.

AND THEIR  MOST SUCCESSFUL CLASSIC HITS

The Platters, one of the leading R & B vocal groups of the 50's, the first black group to be accepted as a major chart act, for a short time, were the most successful vocal group in the world.

The Platters were formed in Los Angeles in 1953. The Platters secured their first hit in 1955 when “Only You” reached the US Top 5. That set the pattern for subsequent releases including “The Great Pretender,”  “My Prayer,” and “Twilight Time,” each of which  reached  number 1 in the US charts.

“Smoke Gets In Your Eyes,” was an international number one hit single. The group began embracing a  more contemporary direction with such occasional pop hits as “With This Ring.” They were inducted into the Rock And Roll Hall Of Fame in 1990, making them the leading R&B vocal group. Present members are Wayne Miller, Kenny Williams, Lance Bernard Bryant, and Adel “DD” Galinda Martin.

THE HILARIOUS “EMPEROR OF THE MOON”

The "Emperor Of The Moon," a madcap restoration farce by Aphra Behn, England’s first professional female playwright, is a  17th century classic that allows the piece to speak-in fact, to sing-eloquently and entertainingly to the audience today. The Emperor of the Moon is now on stage and runs to June 3, 2018.

The Emperor of the Moon follows the love stories of members of a moonstruck doctor’s household. Doctor Baliardo, an amateur moralist and astronomer, has a mischievous daughter,and niece who in order to get around the doctor’s rules, convince him that their respective lovers are visitors from the moon.


“THE ILLUSIONIST” ON TOUR, COMING DIRECTLY

TO THE BROWARD CENTER FROM BROADWAY

This mind blowing spectacular showcases the jaw dropping talents of five of the most incredible illusionists on earth. The Illusionists-live from Broadway, has shattered box office records across the globe and dazzles audiences of all ages with a powerful mix of the most outrageous and astonishing acts ever to be seen on stage. This non-stop show is packed with thrilling and sophisticated magic of unprecedented proporations

Audiences will witness stunning acts of grand illusion, levitation, mind-reading and  disappearance, paired with a new and updated contemporary aesthetic. This group of world-class performers take their cue from the showmanship of the great illusionists of the past-such as Harry Houdini.

The Illusionists' set and costume design lend the show a theatrical and artistry that has rarely been seen before. Collectively, these performers have been seen by millions of people around the world, and this production showcases their incredible talents, together on stage for the very first time.

Known as the inventor, Kevin James is a wonder-maker whose forte is the inexhaustibly fascinating stunt of seeming to divide a body in half. Seeing is not believing here, because what the eyes affirm, nevertheless boggles the mind into utter amazement.

South Korean An Ha Lim, The Manipulator, can make playing cards appear en masse out of thin air.  In a more aesthetic tour-d’illusion, he transforms strips of paper into live birds, including a live cockatoo. The entire effect of The Illusionists’ marvelous make-believe, is what everyone needs.

Colin Cloud “The Deductionist,” is a Scottish fan of Sherlock Holmes with a flair for criminal profiling and forensic feats. Cloud can read the deepest thoughts of audience members from the longest distance. Equally traditional is Jonathan Goodwin  (The Daredevil) who uses a crossbow to imitate Robin Hood’s shooting, not of an apple, but balloons, in close proximity with at least one female assistant. 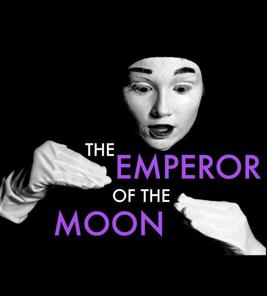 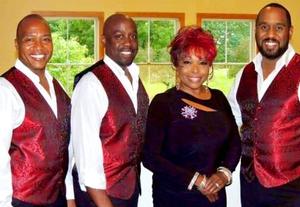 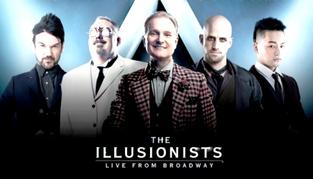 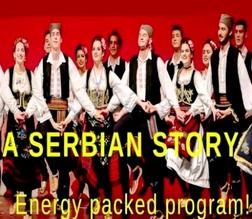