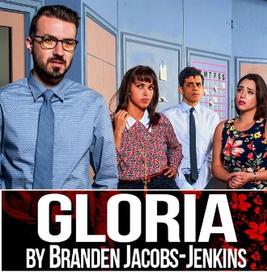 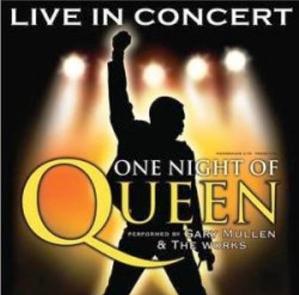 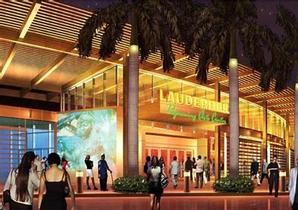 STAGE DOOR THEATRE IS ON THE MOVE

The award-winning theatre company has been awarded an exclusive contract to perform their productions at the Lauderhill Performing Arts Center, beginning in September 2018. The very first production of the season will be  “La Cage” opening August 31, 2018.  Derelle (Dee) Bunn, Executive Producer is so enthusiastic about the change. “It’s the perfect 25th Anniversary gift! ”

LPAC is a brand new modern up-to- date facility-- it has everything we need and more. Its main auditorium can be adjusted to become a more intimate space, or accommodate more than 1100 patrons. It has state of the art lighting and sound equipment, great dressing room space ,and a lovely Green Room-things we’ve been missing for years!”

The timing is perfect for the well-regarded theatre company, their audience is growing, and their productions are becoming more elaborate. In fact, Bunn says, they’ve simply outgrown the building they have occupied for the past 25 years which is in great need of repairs. Patrons may still continue to purchase tickets for this present season at the Stage Door box office in Margate, or for next season’s productions at LPAC.

The Lauderhill Performing Arts Center is located in the Central Broward Regional Park on the Northeast corner of Sunrise Boulevard and State Road 7. For more information about LPAC or present theatre, call 954-344-7765. Present location is 8036 W. Sample Road, Margate.  The production now at Stage Door is “Time Step” through May 6th.

ROCK YOU WITH “ONE NIGHT OF QUEEN”

PERFORMED BY GARY MULLEN AND THE WORKS

Gary Mullen and the Works recreates the look, sound, pomp and showmanship of Queen and its frontman, Freddy Mercury in a stunning two-hour concert at Parker Playhouse on Thursday April 19, 2018 at 8 p.m. In its ninth  consecutive U.S. tour, the amazing tribute band showcases rock royalty’s greatest hits playing “Bohemian Rhapsody,” “Killer Queen,” “Crazy Little Thing Called Love,” ‘We Are the Champions,” and many more.

Mullen won the Grand Finale of the hit UK TV show “Stars In Their Eyes,” as the legendary Freddie Mercury in 2000. With huge public demand following his win, he created  One Night of Queen, which  has toured consecutively for 13 years, selling out theatres and concert halls in the UK ,Germany, Switzerland, Luxembourg, Holland, France, and New Zealand.

Tickets are $38 to $58 at Ticketmaster, the only official ticketing service of the Parker Playhouse located in Holiday Park at 707 N. E. Eighth Street, Fort Lauderdale, and at the Parker Playhouse  box office. Call 954-462-0222 or online at www.parkerplayhouse.com for more information.

THE  SOUTHEASTERN PREMIERE OF “GLORIA”

Gloria was produced Off-Broadway at the Vineyard Theatre from June 15, 2015 to July 18, 2015. The play concerns an ambitious group of editorial assistants at a notorious Manhattan magazine. Gloria was nominated for the 2016 Lucille Lortel Award, Outstanding Play and was a finalist for the 2016 Drama League. It is a play of wit and irony that deftly transports the audience from satire to thriller and back again.

In the offices of this notorious company, a group of  ruthless editorial assistants vie for their bosses’ jobs and a book deal before they reach the age of thirty. The play takes place in modern-day Manhattan. It starts on a normal day for a group of aspiring writers who are growing tired of the monotony of their desk jobs. As the day goes on, everyone goes about their business, though tensions are high with a dispute over who should be allowed to write a story on a deceased singer, and Gloria begins to act stranger than usual.

In a sudden shift in tone, Gloria shoots and kills many workers, including Miles and Ani, leaving Dean, Kendra, Nan, and Lorin alive. The story then follows the fall out of each character’s life as they try to cope with the stress of witnessing the events and feud over who deserves a book deal based on the events of the shooting. Questions on the reasoning behind going postal and workplace toxicity are examined during the play.

Performances are Thursday, Friday Saturday evenings at 8 p.m. matinees Sunday 2 p.m and 7 p.m. Now on stage through  May 6, 2018. For tickets  and information call the box office at 305-445-1119, located at 1200 Anastasia Avenue, Coral Gables. Visit on line at www.GableStage.org.

A BENEFIT CONCERT FOR PARKLAND, USA

FROM BROADWAY WITH LOVE TAKES PLACE

Following the tragic events that took place at  Marjory Stoneman Douglas High School on February 14, the Broadway community will unite with many of the inspiring and world-changing MSD students to perform From, Broadway With Love: A Benefit Concert For Parkland, USA on Monday April 16, 2018 at 7 p.m.

Approximately 10,000 tickets have been donated to the families of the High School students and staff. Net proceeds raised will be donated to the school’s Victims’ Fund and Shine MSD to benefit the community.

From Broadway With Love is presented in partnership with BB&T Center and the generosity of Jet Blue and the Broward Center. Tickets are now on sale to the general public and are available online at Ticketmaster.com or by calling 1-800-345-7000 and at the BB&T Center box office located at 1 Panther Parkway, in Sunrise  954-835-7000.