From the freewheeling “Do You Believe In Magic? ” to the harder rocking “Summer in the City,” The Lovin’ Spoonful kept fans of peppy melodic music in good supply.  The good-time sounds of the Lovin’ Spoonful made the quartet a fixture during the golden age of Top Forty radio.

Over a period of  two years in the mid-sixties, the New York based group charted a string of ten Top Forty hits, seven of which placed inside the Top Ten, at a time when the competition included Motown, the Beatles and countless British Invasion bands.

The Lovin’ Spoonful’s tuneful singles have stood the test of time and at least one them, “Do You Believe in Magic,” remains a defining rock and roll anthem.

The four original members–singer/guitarist John Sebastian, guitarist Zal Yanovsky, bassist Steve Boone and drummer Joe Butler —came together in Greenwich Village. The folk music scene was in full swing, but the electrified sounds of the Beatles and the other pop bands of the day had also caught their attention.

Retaining their folkie roots while exploring new directions , the group adapted folk-style fingerpicking to electric instruments. What really set the group apart from the mid-sixties pack of one-hit wonders was their daring eclecticism. No two singles were written in the same style which included ragtime, country, folk-pop, hard rock, orchestrated pop.

Darci won the hearts of America with her undeniable talent and America’s Got Talent win. The multitalented thirteen -year old and her friends Petunia, the divaesque rabbit,  Oscar, the shy and soulful mouse, and Edna, the brash old woman, sold out their first headlining show in just six minutes. To accommodate the overwhelming demand, new tour cities are being added.

Growing up in Oklahoma, Darci has always been close to her family and relies on their support and encouragement. In her younger years, Darci participated in talent-based pageants to overcome her shyness. She was soon introduced to the art of ventriloquism and decided to try it out for herself. Her hard work, grit and discipline developed from her early days of gymnastics where she practiced thirty hours a week.

After only having her first puppet show for two weeks, Darci began performing in talent shows in her home state and beyond. She was determined to audition for her first talent show, ultimately leading her to audition for the biggest talent show on television. The stage is now a platform where Darci can open-up and display her incredible talents for the world to see.

Her polished , impeccable skill as a ventriloquist at such a young age is jaw dropping and when she sings, her voice leaves her audience breathless.

Riolobo, a character who can assume various forms, announces that the El Dorado is setting off down the Amazon, for the opera house in Manaus where the legendary diva Florencia Grimaldi, will give a concert.

The title  character, Florencia Grimaldi, is a famous opera soprano returning to her homeland, to sing at the opera house with the hope that her performance will attract her lover Cristóbal, a butterfly hunter, who has disappeared into the jungle.

She boards the steamboat El Dorado for a trip down the Amazon River, along with several passengers who are traveling to hear her sing. The passengers, however, are unaware of her identity. One of them, Rosalba is a journalist planning to write a book about Grimaldi and hoping to interview her. In preparation, Rosalba has compiled a notebook for two years with information about the diva.

At dawn, as the ship leaves behind the busy port, Florencia reflects on her history and her motives for making the trip. Florencia has a sleepless night and then learns from the Captain that the butterfly hunter has not been seen for many years. Suddenly a storm of pink rain develops. Riolobo calls upon the gods of the river, and the injured Captain calls for help while the ship runs aground.

In the quiet after  the storm, Florencia awakens, wondering whether she is alive or dead. Suddenly the passengers resume their journey to Manus. Florencia and Rosalba argue over the source of the opera singer’s talents.  Florencia argues so persuasively that the writer realizes the woman standing before her is the diva herself. As the ship arrives in Manus, a message is announced that cholera has spread and no one may disembark.

Florencia collapses, realizing she may never find Cristóbal. Her spirit drifts towards his in a mystical transformation as a butterfly reunited with her lover.

Join one of the Grand Opera’s experts or a witty, captivating, preview one hour prior to each performance.  Now on stage through May 5, 2018. For tickets and more information call the box office at 305-949-6722, located at 1300 Biscayne Blvd., Miami, or visit online at www.arshtcenter.org.

TO STAGE THE MUSICAL “VICTOR/VICTORIA"

Victor/Victoria is based on the beloved 1982 film of the same name. Refined British soprano Victoria Grant, a penniless soprano, who is down on her luck in Paris, discovers that producers and night club owners are looking for a sound that is much inferior to hers. On the brink of starvation , she is rescued by Toddy, a warm, generous,  and flamboyant night club singer, who gets a brilliant idea, to dress Victoria as a man, and pass her off as a female impersonator, where she will delight audiences with her astonishing vocal range.

No sooner does Victoria find success in her new role, she falls in love with King Marchan, a tough Chicago nightclub owner and possible gangster with abundant masculine appeal. King, in turn, is terrified to find himself falling for a man, and refuses to believe that Victor is really Victor.

With hired detectives creeping through her hotel room, King’s showgirl ladyfriend, Norma Cassidy, out for some jealous revenge, and King’s sweet bodyguard,  Squash Bernstein, revealing his homosexuality to smitten Toddy, Victoria’s life is a whirlwind of complications. Can she really go through life being Victor/Victoria?

Victoria must decide which is more important, a thrilling new career, or sweet and sudden love. With a jazzy, sophisticated score by Henry Mancini and Frank Wildhorn, Victor/Victoria is a wise and moving story about self-discovery tolerance, and second chances. 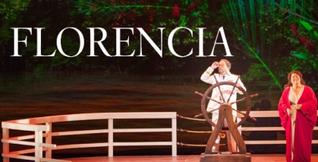 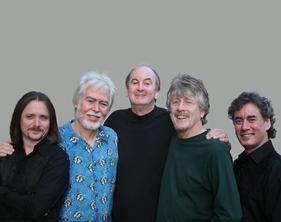