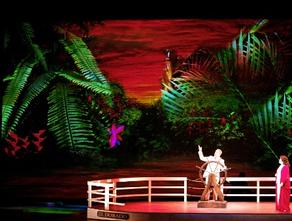 TO APPEAR IN PERSON AT BOCA BLACK BOX

For more than forty years, Robert Klein has entertained audiences, and he continues to have an acclaimed career in comedy, on Broadway, television and in film. Most recently, he guest starred as Laura Diamond’s grouchy but lovable father, Leo, on NBC’s “The  Mysteries of  Laura,” starring Debra Messing. He is also the subject of a new documentary, Robert Klein: “Still Can’t Stop His Leg.”

Born in the Bronx he was a member of the famed  Second City  theatrical troupe in Chicago. He was nominated twice for Grammy Awards for Best Comedy Album of the Year for Child of the Fifties and Mind Over Matter.

He regularly appeared on talk shows, making more than 100 appearances on “The Tonight Show” with Jimmy Fallon, where he is a show favorite,  and “Late Show with David Letterman.” Klein has also appeared in many notable films as Hooper, The Owl & The Pussycat, and many more.

On the riverbank, the El Dorado is a steamboat sailing down the Amazon from Leticia, Columbia, to Manaus in the early 1900s.  On riverbank, Riolobo, a mystical character who can assume many forms, excitedly announces that the  El Dorado is bound for the opera house in Manaus.

There,  the legendary opera diva Florencia Grimaldi, who has not set foot in her native South America for twenty years, will give a concert to reopen the theatre.

From among the crowds lining the riverbanks and selling their local wares, we glimpse the ship’s passengers coming aboard: a young journalist, Rosalba, who is working on a biography of  Florencia Grimaldi; Paula and Alvaro, a middle-aged couple journeying to hear Grimaldi in hopes of rekindling their marriage and the diva herself, traveling incognito.

As the ship pulls away rom the busy port, Florencia reflects on the emptiness of her life and her desire to recover herself and her long-lost lover, Cristóbal, a butterfly hunter in search of the rare Emerald Muse.

A violent storm quickly develops, and the ship is carried helplessly in a downpour of rain. Alvaro saves the boat from being crushed by tree trunks but is knocked overboard.  Act 2 tells the rest of the story that is full of suspense, love and adventure.


TICKETS ARE NOW ON SALE FOR THE ROCK BAND

The group Rare Earth was formed in 1968. The band was one of the first acts signed to a new Motown imprint that would be dedicated to white rock acts. The record company did not have a name for the new label yet and the band jokingly suggested Motown call the label “Rare Earth.” To the band’s surprise Motown decided to do just that.

In the 1970's, Rare Earth had a number of Top 40 hits , including covers of The Temptations “I Know I’m Losing You,” and “Get Ready.” Each was more successful than the Temptations “Get ready,” and  became the biggest hit, peaking at #4 on the US Billboard Hot 100 chart.

Rare Earth has continued to captivate audiences for more than two decades with their uniquely recognizable sound. On April 21, 2018, at 8 p.m.,  Rare Earth will have you out of your seat, dancing and singing along to the top hit classics at The Casino at Dania Beach for an unforgettable show on stage 954. Tickets are $28 to $35 or $50 for a table of 4. For reservations and more information call 1-844-234-7469.

The celebrations continue in 2018 as the energetic company pays tribute to legendary and international choreographer Marius Petipa, with music by Riccardo Drigo, Harlequinade and his lover Columbina, as they outwit Columbina’s father, Cassander.

He wishes Columbina to marry a rich suitor, so he keeps her locked up inside the house, away from Harlequin. He entrusts the key to his servant, Pierrot.  Columbina’s friend,  Pierretta comes to the house and steals the key away from Pierrot. She unlocks the house and lets Harlequin in, allowing the two lovers to unite and continue with their dancing.

Harlequinade, has long been a forgotten ballet, with only a few restorations within the past hundred years. However, Arts Ballet of Florida’s production of the ballet represents the original storyline, and upholds the classical style in which it was first choreographed, while still maintaining a fresh and exciting atmosphere.

The program also includes Divertissements of Sleeping Beauty, which will enchant the audience including dances of the Fairies, in the first act and the variations of the third act, including the Grand Pas de Deux, and excerpts from Swan Lake and Don Quixote from Marius Petipa on his 200th anniversary. 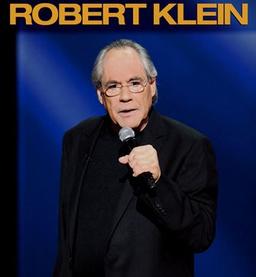 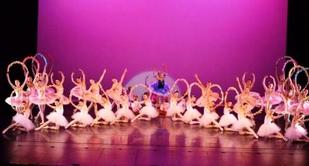 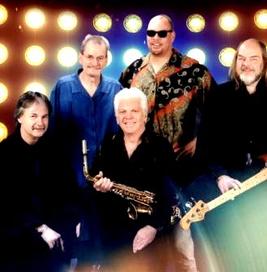