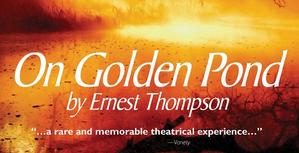 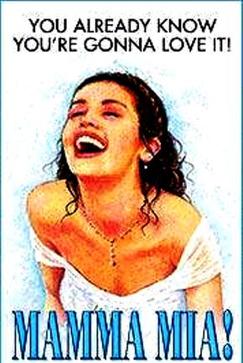 THE NATIONAL TOURING PRODUCTION OF

This funny, moving play tells the story of Norman and Ethel Thayer, who are spending their forty-eighth summer at their tranquil home on Golden Pond. Norman is cantankerous, on the cusp of 80, and alarmed at his faltering memory. Ethel is a decade younger and attuned to his every need. She sees his flaws but loves him unconditionally.

Their daughter, Chelsea, upends their idyllic summer when she arrives with her fiancé, his teenage son, and lots of emotional baggage, ultimately confronting her father about their fraught relationship.

On Golden Pond was first produced Off-Broadway in 1978. The play was revived on Broadway in 2005. The best known version was the 1981 film that starred Katherine Hepburn and Henry Fonda and daughter Jane Fonda playing what seemed to be a screen version of their own troubled father-daughter relationship, which won three Academy Awards.

That  recognizable rhythmic tap combination ...the time step, a term that derives from the era of great tap dancers who used their distinctive footwork to set the pace of the music. A mix of European jig, Reel Steps, Clog and African rhythms all combine to create an exciting new dance style. This was, some say, the creation of Tap in America as a theatrical art form.

The term comes from the time of great tap dancers who used their distinctive Time Step to tell the band the desired tempo. Time Step is a figure in International style Cha-cha-cha. In various rhythmic ballroom/ social dances, Time Step sometimes refers to steps in place that mark the characteristic rhythm of the dance, “2-3-cha-cha-cha. In tap, the common time steps are classified as single, double and triple. While these are the universal time steps, dancers often choose to create their own time steps- following the pattern, two bars repeated 3 times with a 2 bar break.

From Kevin Black, creator of many popular musicals comes this world premiere celebration of the artistry of tap dancing... TIME STEP now on stage  through May 6, 2018, evenings at 8 p.m. matinees 2 p.m. All tickets are $48 available at the box office located at 8036 W. Sample Road, Margate.

This award winning Broadway musical bursts off the stage with explosive dancing, irresistible songs and a thrilling tale of fame and forbidden love. The winner of four Tony Awards including Best Musical is inspired by real events and the underground dance clubs of the 1950's Memphis, Tenn. Memphis tells the story of a radio DJ who wants to change the world and a club singer who is ready for her big break.

Make plans to see the musical and find out how Huey’s plans become more and more successful at the Broward Center’s Amaturo Theatre, opening March 21 thru April 8, 2018. Tickets are $ 47 to $ 60 available thru Ticketmaster or at the Center’s box office located at 201 S.W. Fifth Avenue, Fort Lauderdale. Performances are Thursday to Saturday at 7:30 p.m. and Sunday at 2 p.m. with a matinee on Wednesday, March 28 at 1 p.m. For all other information call 954-462-0222.


MAMMA MIA! THE HIT MUSICAL BASED ON

THE SONGS OF ABBA NOW ON STAGE


From the familiar storyline of Mamma Mia! And songs of Abba, to the fun costumes and choreography, this show is one of the best productions Broadway Palm has brought to Southwest Florida.

The story of Mamma Mia begins on the island of Kalokairi and follows 20 year old Sophie on her journey to find out who her father is , so he can attend her wedding and walk her down the isle, the only problem is, there are three men who could possibly be her father, Sam, Harry and Bill, she discovers in a diary, written by her mother Donna.

Without informing her mother, she sends each one an invitation to her wedding. There is obviously some tension and humor as these three men are united with Sophie’s mother and Broadway Palm has done an excellent job at recreating this story of reunion, love and amusement on their stage.

Lauren Mary Moore is perfect as Sophie. She brings personality and vibrancy to Sophie’s character and dazzles the audience with her voice and acting skills. Kiersten Benzing and Morgan McGee , play Ali and Lisa, Sophie’s friends along with Erin Fish in the role of Donna. Sophie’s three possible fathers are played by Connor Simpson, Bobby Becher, and Drew Stairs.

Mamma Mia is now playing at the Broadway Palm Theatre and runs to April 7, 2018. Performances are Tuesday through Sunday evenings with selected matinees. Tickets range from $45 to $70 at the box office located at 1380 Colonial Boulevard, Fort Myers. Discounts are available for groups and children. For other information call 239-278-4422. 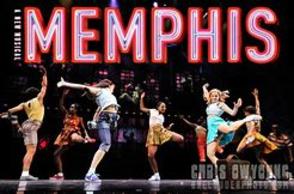 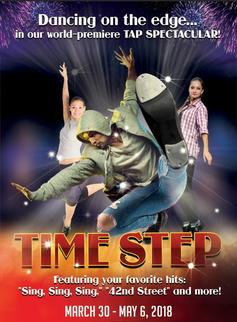