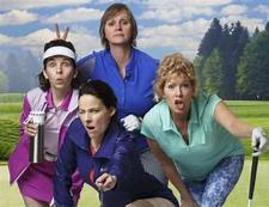 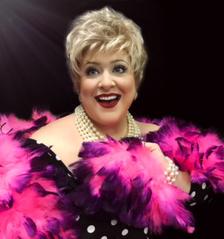 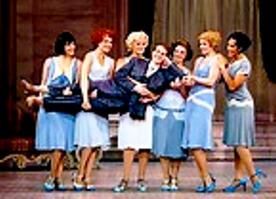 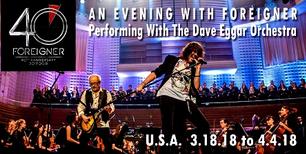 NICE WORK IF YOU CAN GET IT

“NICE WORK IF YOU CAN GET IT”

"Nice Work If You Can Get It,” is a musical featuring songs by George and Ira Gershwin with book by Joe Di Pietro, and based on material by Guy Bolton and P.G. Wodehouse. It premiered on Broadway in 2012. It is the story of charming and wealthy playboy, Jimmy Winter, who meets rough female bootlegger Billie Bendix, the weekend of his wedding to Eileen Evergreen, a self-obsessed modern dancer.

Thinking Jimmy and Eileen will be out of town, Billie and her gang Cookie and Duke, hide cases of alcohol in the basement of Jimmy’s  Long Island mansion. But when Jimmy , his wife -to-be, and her prohibitionist family show up at the mansion for the wedding, Billie and her cohorts  pose as servants, causing confusion galore. When a police whistle pierces the air, and the bootleggers scatter, Senator Max Evergreen and Chief Berry enter, along with Duchess Estonia Dulworth, who has brought along her Vice Squad and vows to rid society of its greatest evil “Demon Rum.”

The next morning Eileen Evergreen and Jimmy arrive home. They were married that morning and they are on their honeymoon. Cookie,  disguised as a butler, enters and they naturally assume he’s their servant.  Billie now enters stunned to see Jimmy who is stoned, has no memory of meeting her last night, flirts with her, causing him  tremendous problems galore.


“THE SOUTHEASTERN PREMIER PERFORMANCE OF

COMING TO THE EMPIRE STAGE IN FORT LAUDERDALE

It’s the day after the funeral, and three women gather for a round of golf, in honor of their recently departed partner. A mysterious fourth joins them, and so begins a raucous and rowdy 18 holes filled with secrets, surprises, confessions...and sex.

These four women have played golf together every week for 14 years, and they believe this is the perfect way to honor their friend. Each one of the foursome has her secrets-some have taken to the grave,  and others are revealed in moments of anger, Jealousy, drunkenness, and guilt. As they play the links, confessions about men, sex, love, children, and careers come to the fore as they challenge each other’s views. The Ladies Foursome is a tribute to the pitfalls and pleasures of friendships and their lasting significance in our lives.

“The Ladies Foursome” is a fascinating play every woman should see, opening March 22, through April 8, 2018 at the Empire Stage located at 1104 N. Flagler Drive, Fort Lauderdale.  Performances are Wednesdays to Sundays at 8 p.m. Sundays 5 p.m. Tickets are $39 on line at www.pigsdoflyproductions.com or call 866- 811-4111.

IS BACK AT THE PGA ARTS CENTER

Before Joan Rivers and Roseanne Barr, Belle Barth was the original outstanding female comic who deflated anyone who dared to take sex too seriously. Born Annabelle Salzman, Belle started performing at Borsht Belt hotels and small nightclubs at age 15. She initially billed herself as a singer-pianist who also did impersonations, but when Barth mixed her talents for music and comedy with a splash of ‘red hot mama’ spice, her career began to flourish. She travelled throughout the United States with her nightclub act as she strove to please her mother, by appearing at Carnegie Hall, which she almost did.

Belle Barth burst onto the 1950's Miami Beach scene as the”female Lenny Bruce.” the self-proclaimed founder of “Ball Breakers Anonymous,” this purveyor of dirty jokes who topped the chart of the Adults  Only record section, had an attitude that made her off-limits for Ed Sullivan. Her records were forbidden fruit of the Fifties-with 3 million of her “party records” serving as sex education for today’s baby boomers, her nightclub act was SRO from Miami to Chicago, New York to Vegas to L.A.

ON STAGE AT BROWARD CENTER

Foreigner is an English-American rock band, originally formed in New York city in 1976 by veteran English musician Mick Jones and fellow Brit, Ian McDonald along with American vocalist Lou Gramm.  Jones came up with the band’s name as he, McDonald and Dennis Elliot were British, while Gramm, Al Greenwood and  Ed Gagliardi were American. Their biggest hit single, “I Want to Know What Love Is,” topped the United Kingdom and United States charts among others. They are one of the world’s best-selling bands of all time with world-wide sales of more than 80 million records,  including 37.5million records in the US.

By 1977, Foreigner was already headlining theaters and had already scored a gold record for the first album. Not long afterwards, they were selling out U.S. basketball arenas and hockey rinks. After almost a year on the road, the band played before more than two hundred thousand people in California.

The band released one of their greatest hits in 2008 titled “No End In Sight: The Very Best of Foreigner. The anthology included all of  their greatest hits, plus some new live recordings.  Present band members Mick Jones, Thom Gimbel, Jeff  Pilson, Kelly Hansen, Michael Bluestein, Chris Frazier, and Bruce Watson will be performing in the Au-Rene Theatre at the Broward Center on March 20, 2018 at 7:30 p.m. Tickets are $49 to $99 plus at Ticketmaster or online at www.browardcenter.org. For all other information call the box office at 954-462-0222. The Center is located at 201 S. W.5th Avenue, Fort Lauderdale.​