Actors Playhouse continues to celebrate its 30th  Anniversary Season with the musical “ONCE,” winner of eight Tony-Awards. The musical is based on the 2007 film of the same name. The Broadway production received eleven Tony’s in 2012 including Best Musical, Best Actor, Best Book and the Drama Desk Award for Outstanding Musical.

In the musical, the cast also serves as the orchestra. A minimalist set is used, including a bar in center stage.
At a local bar, a thirty year old something known only as "a Guy", sings a heartfelt, beautiful ballad of unrequited love, accompanying himself on a guitar. As he puts the guitar in its case, and turns to leave without it, a young Czech woman, identified only "as Girl", who has been listening to him sing , approaches.

She asks numerous personal questions about his songs, and he replies that he wrote most of them for a girlfriend who broke up with him and moved to New York City. He is giving up on his music because the memories of his defunct relationship are too painful and he now works as a vacuum cleaner repairman in his father’s shop.

Girl finds she has a vacuum to fix and asks him to fix it. When he refuses payment, she snatches the sheet music, with his new song, from his jacket he was saving to play for his old girlfriend. Suddenly Guy picks up his guitar and Girl sitting at the piano, begin to play his song together creating an entirely new relationship and beginning as well, new problems for Guy and Girl.

Preview night tickets are on the first Wednesday and Thursday are $40. Weeknights and matinees are $57, Friday and Saturday evenings $64. Weekday discounts for Seniors 10% off, and $15 tickets for Students. For information call the box office at 305-444-9293, located at 280 Miracle Mile, Coral Gables or online at www.actorsplayhouse.org.

THE MOST OUTSTANDING IMPERSONATION SHOW

Anthony and Eddie, the Edwards Twins, The Brothers who look and sound like the stars, is the number one identical twin and impersonation show in the world. The most unique show audiences will ever see. There is no lip-syncing to the original stars. Anthony and Edward Edwards are considered to be the most talented twins in the world today. Whether it’s playing piano, dancing, acting, singing or doing more than 100 impressions of the top super stars in the world. The Edwards Twins will wow any age group from five years of age to 100.

If you love vocal impressions like Rich Little or Danny Ganz or shows like La Cage or Legends in Concert, you will love The Edwards Twins and their dead on impressions of Barbra Streisand, Andrea Bocelli, Bette Midler, Elton John, Neil Diamond, Billy Joel, Tina Turner, Cher, Rod Stewart, Pavarotti, Diana Ross, Elvis, Stevie Wonder, and Ray Charles, just to name a few of everyone in the show.

Christoph Willibald Gluck’s masterpiece is most famous for its immortal aria the same as the Opera’s title. It is also a compelling and deeply personal story of how far one man will go to prove his devotion to his wife. The grief-stricken musician and poet Orfeo risks the terrifying depths of the underworld to bring back his beloved Euridice alive.  A love story so strong it will take the audience along to the underworld and back.

The opera was first performed in Vienna at the Burgtheatre in October of 1762. During the 19th century and for most of the 20th century, the role was sung by a female contralto.
The opera opens with a chorus of nymphs and shepherds who join Orfeo around the tomb of his wife Euridice in
a solemn chorus of mourning.

Orfeo is only able to utter Euridice’s name. He sends the others away and sings of his grief. Amore, a cupid appears, telling Orfeo that he may go to the Underworld and return with his wife on one condition that he not look at her until they are back on earth.

As encouragement Amore informs Orfeo that his present suffering should be short lived. After nothing brings back his wife, Orfeo very discouraged, decides to kill himself to join Euridice in Hades, but Amore returns to stop him. In reward for Orfeo’s continued love, Amore returns Euridice to life, and she and Orfeo are reunited.

ENJOY A SPECTACULAR PERFORMANCE OF

The Tamburitzans present a show entitled “Passage, The Journey Of Our Ancestors,” celebrating the world cultures brought to our country through immigration. Cultures from Croatia, Serbia, Bulgaria, Greece, Spain, Hungary, Romania, Austria, Poland, Slovakia, Slovenia and European “Roma” bring together a performance for all ages to enjoy.

When Dr. A. Lester Pierce met tamburitza musicians Matt L. and Frank Gouze, and Anthony Antoncic at St. Thomas College in St. Paul, Minnesota in the early 1930's his intrigue with the folk instrument sparked an idea which has endured as one of the world’s finest, longest-running live stage shows of its kind.

From these simple beginnings, the Tamburitza ensemble expanded its repertoire throughout the past eight decades
to include a wide variety of folk dance and music, representing international cultures. The Tamburitzans' show is an annual tradition for some and a delightful new surprise for others. 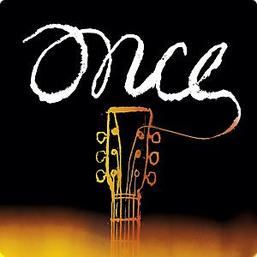 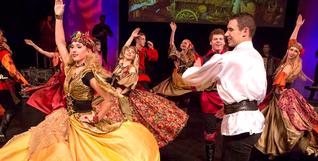 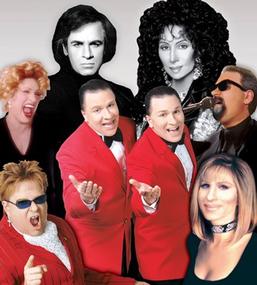