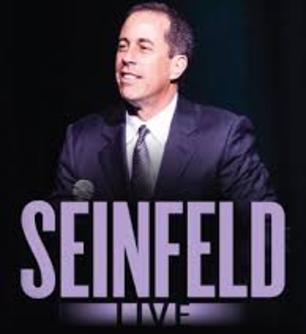 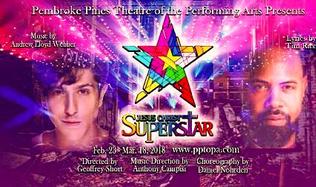 TO BE PRESENTED AT ARSHT CENTER

Young Celie only fourteen years old, is pregnant with her second child, by her father Alphonso. While attending church with the other members of the Georgia community, Celie goes into labor and is dragged out of the church as the congregation quietly looks on. After Celie gives birth to a son, her father takes the child away and bluntly tells her he is going to get rid of the child as he did the last one. Celie quietly says goodbye to her newborn and asks God to explain what she has to go through.

Four years later, the local farmer and widower Albert Johnson approaches Alphonso and asks permission to marry one of his daughters. Alphonso agrees, offering him Celie, instead of his other daughter Nettie. Although the girls promise to never be separated, Celie goes with Albert to save Nettie’s dreams of becoming a teacher. The field hands introduce Celie to a life of hard work.

One day Nettie arrives, explaining she is tired of Alphonso’s attentions and asks to stay but is later attacked by Johnson as she is walking to school. She fights back, causing him to kick her out swearing to never let her see her sister again. She promises to write to Nettie, but when Celie goes to the mailbox, Johnson slams the mailbox shut, threatening to kill her if she does it again.

Seinfeld is widely known for playing himself in the sitcom Seinfeld, which he created and wrote.  As a stand-up comedian, Seinfeld specializes in observational comedy. In 2005, Comedy Central named Seinfeld the 12th Greatest  Stand-Up Comedian  of All Time.  He developed an interest in stand-up comedy after brief stints in college productions.

After graduation from Queens College, he tried out at an open-microphone night at New York City's Catch a Rising Star, which led to an appearance in a Rodney Dangerfield HBO special.  Seinfeld appeared on open mic nights at Budd Friedman's Improv club.

He also had a small recurring role on the sitcom Benson, playing Frankie,  a mail delivery boy who had comedy routines, no one wanted to hear.  However, Seinfeld was abruptly fired from the show due to creative differences.

In 1981, Seinfeld made a successful appearance on The Tonight Show Starring Johnny Carson, leading to frequent appearances on that show and others, including Late Night with David Letterman.  In 2017, Seinfeld signed an exclusive comedy deal with Netflix.

Jesus Christ Superstar is a 1970 rock opera with music by Andrew Lloyd Webber  and lyrics by Tim Rice. The story is  loosely based on the Gospels' accounts of the last week of Jesus's life,beginning with the preparation of for the arrival of Jesus and his disciples in Jerusalem and ending with the crucifixion. It depicts political and inter personal struggles between Judas Iscariot and Jesus that are not present in the Bible.

The work's depiction offers a free interpretation of the psychology of Jesus and the other characters. A large part of the plot focuses on he character of Judas, who is depicted as a tragic figure dissatisfied with the direction in which Jesus steers is disciples. Contemporary attitudes and sensibilities, as well as slang, pervade the lyrics, and ironic allusions to modern life are scatted throughout the depiction of political events. Stage and film productions accordingly contain many  international anachronisms.

Recognizing that Jesus is irritated by the badgering and lack of understanding  from his followers, Mary Magdalene tries to help Jesus relax. Judas is concerned  that Jesus is associating
with a women of  her profession, a prostitute. his followers. Jesus tells Judas that Mary is with him now, and unless Judas is without sin he should not judge he character of others.

Mary Magdalene tries to assure Jesus that everything is alright while anointing him with oil while Judas angrily insists that the money used to  obtain the oil should have been used to help the poor instead.

Jesus sadly explains  that he and his followers do not have the resources to alleviate poverty and that they should be glad for the privileges they have. He claims that once his followers no longer have him, they will lose their path.

Jesus Christ Superstar continues the story of biblical Jesus to the final days leading up to his crucifixion. It focuses on the  personal conflicts between Jesus, his disciples, the people of Israel, and the leadership of Rome. Special attention is paid to the biblical retellings in that it focuses on both Judas' struggle making the decision to betray Jesus, and his human psychology, fear, and anger.

Tickets are $15 to $32 now on sale at the Pembroke Pines Theatre Of The Performing Arts box office  located at 17195 Sheridan Street, Pembroke Pines.  Performances are evenings at 8 p.m. and matinees 2 p.m. on Friday, Saturday and Sunday.  Visit pptopa.com or call 954-437-4884 for all additional information.

Earthquakes, tidal waves, infernos and the unforgettable songs of the 70s take center stage in this homage to classic  disaster films. In this musical, a group of New Yorkers  attend the opening of  a floating casino and discotheque that quickly succumbs to multiple disasters. These calamities correlate with plots of various disaster films of the 1970's.

Additionally, this play keeps up with a 1970's theme by using a jukebox  musical, containing popular songs of the decade, as musical numbers. Created by  Seth Rudetsky and written by Jack Plotnick, Dister is a Broadway production with an all star cast,  with choreography by JoAnn M. Hunter. It opened in March, 2016.

Disaster  takes place in 1979 Manhattan during the  opening night at the  Barracuda, the first floating casino and discotheque in New York. The characters  gather to gamble and dance, unaware of impending  natural disasters. The the building's lack of safety measures compounds these catastrophes. Notably, the casino's  structure was built on  a fault line, which causes earthquakes throughout the show.  The plot follows several characters' dynamics and interactions throughout the opening night, as they deal with the 1970's disasters. 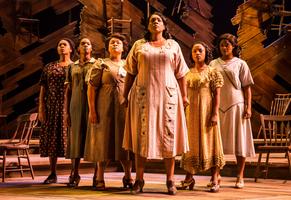 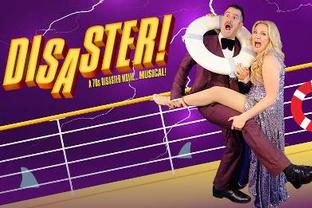