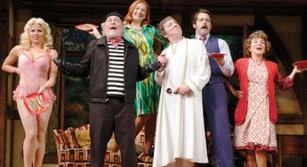 This funny and moving play tells the story of Norman and Ethel Thayer, who are spending their forty-eighth summer at their tranquil home on Golden Pond. Norman is cantankerous, on the cusp of 80, and alarmed by his faltering memory. Ethel is a decade younger and attuned to his every need.

She sees his flaws but loves him unconditionally. Their daughter, Chelsea, upends their idyllic summer when she arrives with her fiancé, his teenage son, and lots of emotional baggage, ultimately confronting her father about their fraught relationship.

On Golden Pond was first produced Off-Broadway in 1978.The play was revived on Broadway in 2005. Of course the best-known version was the 1981 film that starred Katherine Hepburn and Henry Fonda and Jane Fonda playing what seemed to be a screen version of their own troubled father-daughter relationship, which won Academy Awards.

Student are $15, and Pay Your Age tickets for those 18 to 40. Educator tickets are half price with proper identification. Group rates for 20 or more are all available at the box office located at 201 Clematis Street, West Palm Beach. For more information call 561-514-4042, or visit www.palmbeachdramaworks.org.

Called the funniest play ever written in a lifetime, “Noises Off” is a dexterously realized comedy about putting on a comedy. A rollicking backstage farce about a second-rate theatrical group, the play combines slapstick, a British sex comedy, and non-stop hilarity from a manic menagerie of itinerant actors rehearsing a flop called “Nothing On.” Doors slamming, on and offstage intrigue, and an errant herring all figure in the plot of this uproarious and classically comic play.

In the first act of “Noises Off,” Opening Night is just a few hours away, and the hapless cast of “Nothing On,” struggles to complete a dress rehearsal of their ill-fated play. The audience is then transported backstage as the set revolves and reveals a cast on the verge of disaster, as trysts and betrayals send this production into chaos. The final act returns to the company for their final performance. With lines being forgotten, love triangles unraveling and sardines flying everywhere, it is complete pandemonium.

Enjoy an evening of continuous laughter from January 19 through February 4, 2018. Preview performances will be held on January 17 and 18 at 8 p.m. The show opens January 19 at 8 p.m. Afternoon matinees are held Sundays at 3 p.m. with a special matinee January 24th at 2 p.m. Tickets are from $40, $57 and $64 at the theatre’s box office located on Miracle Mile in downtown Coral Gables . For more information call 305-444-9293 or visit online at www.actorsplayhouse.org.

FLIES INTO THE BROWARD CENTER

Long before Dorothy, two other girls meet in the land of OZ. One was born with Emerald skin, is smart and fiery, but misunderstood. Although shunned from society, she has a knack for magic. She meets the ever popular and pink Glinda, who is beautiful, ambitious, and very popular, Elphaba, who is the Wicked Witch of the West, and Glinda is the Good Witch of the North.

Wicked is one of the most spell-binding musicals to come about in years. It is a very clever prequel to the “Wizard of OZ,” which recasts the Wicked Witch of the West as something closer to a misunderstood heroine, and the Good Witch, as a flighty, spoiled girl.

The musical unfolds as a flashback that shows the unlikely friendship between the not-so-good Elphaba, whose wickedness is the result of shattered idealism, and Glinda, the other, supposedly good witch. After an encounter with The Wonderful Wizard of Oz, their friendship reaches a crossroad and their lives take very different paths.

On January 26, 2010, Manilow released The Greatest Love Songs of All Time, and, in December of that year, the album was nominated for a Grammy Award in the category of Best Traditional Pop Vocal Album.  On December 11, 2010, Manilow performed at the Nobel Peace Prize Concert in Oslo, Norway.

Manilow completed work on his new album. On March 16, 2011, he announced he had completed the finishing touches to the album. On January 13, Manilow returned to Broadway with his concert series “Manilow On Broadway.” It was his first appearance on Broadway in more than two decades.

In 2017, Billboard Magazine declared that Manilow has been on Billboard 200 hot streak since 2002. Manilow has logged a dozen top 40 efforts. Further, he has notched at least one top 40 album in each of the last five decades from the 1970s through the 2010s.  Manilow continues to thrill millions, well into the 21st Century.

Manilow made headlines when he visited Joplin, Missouri, five months after a tornado destroyed more than one-third of that city, including the only high school. Manilow made a contribution of $300,000 to restore the musical program and instruments that were lost. 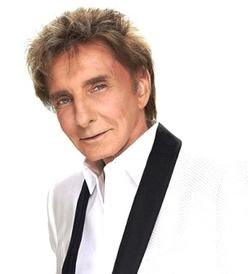 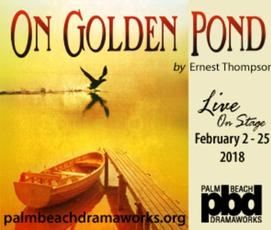 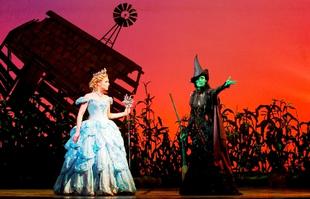