GABLES STAGE AT THE BILTMORE BRINGS TO LIFE

THE POWERFUL STORY “IF I FORGET”

“If I Forget” is a tale of a Jewish- American family and a culture at odds with itself. Three siblings are about to celebrate their father’s 75th birthday, as destructive secrets and long-held resentments are about to surface. Each deeply invested in their own version of family history, the siblings clash over everything from Michael’s controversial scholarly work to the mounting pressures of caring for an ailing parent.

As those secrets and resentments rise to the surface, the three negotiate with uncalled for humor and biting sharpness as to how much of their past they are willing to forget for a chance to start over again. “If I Forget,”tells the story of a family and culture they find extremely difficult to agree on.

From playwright Steven Levenson comes the honestly portrayed, sharply funny play “If I Forget” that compromises what we can’t avoid, and the hurt only

our nearest and dearest can inflict.

“If I Forget,” opens February 3 and runs through March 4, 2018. For tickets and information call 305-445-1119. Gables Stage is located at the East section of the Biltmore Hotel 120 Anastasia Avenue, Coral Gables. Performances are Thursday, Friday Saturday at 8 p.m Sunday 2 and 7 p.m.

On February 2, 2018 to March 11, 2018, A Beatles Celebration created by Kevin Black, will open at the Stage Door Theatre. The Beatles left a permanent mark in history with their vast songbook of now timeless classics. Imagine honors their incredible legacy with a joyous celebration of these legendary musical innovators.

More than 24 Beatles tunes are included in this production. Just a few of these iconic songs that will be interpreted by a cast of five talented singers and a live three-piece band will include “Twist and Shout,” “I Saw Her Standing There,” “Hard Days Night,” “ Sgt. Pepper’s Lonely Hearts Club Band,” “Blackbird,” “Day Tripper,” “Let It Be,” and “Hey Jude.”

The message, by John Lennon, "You may say I’m a dreamer, but I’m not the only one. I hope some day you’ll join us, and the world will live as one,” was the engine that drove Kevin Black to create IMAGINE.

Charrise Shields, Cameron Jordan, Rio Peterson, Jordana Forrest, and Mario Castro will interpret the music that shaped and influenced so many lives and in some cases, musical careers. They will be backed by Sarah Statler, who most recently wowed audiences with her musical ability and strong vocals. She’ll be joined by percussionist  Roy Fantel, and guitarist Rupert Ziawinski.

Tickets are $48 at the box office located at 8036 W. Sample Road, Margate. For more information and showtimes call 954-344-7765 or visit online at www.stagedoorfl.org.

The Arsht Center is proud to present the Obie Award-winning, critically- acclaimed play by Bess Wohl, continuing the Center’s Theatre Up Close Series. In the overwhelming quiet of the woods, six runaways from city life embark on a silent retreat. As these strangers confront internal demons both profound and absurd, their vows of silence, collide with the achingly human need to connect.

Filled with awkward and insightful humor, Small Mouth Sounds is the unique and compassionate new play that asks how we address life’s biggest questions, when words fail us.

The inspiration for the play came from Wohl’s own personal experience at a silent meditation retreat. Surrounded by people who were looking for a way for their lives to be changed or healed. Wohl decided that this was fertile subject matter for a play. “What I loved about that for a play is that what’s necessary for any play is that all the characters really need something. "

"This is such a great environment : a play where there is this automatic need,” Wohl says “ I think the central question of the play is should we seek peace or not, and if so, now?"

Iconic Grammy Award-winning singer, songwriter actress and philanthropist, Mary J. Blige is a figure of inspiration, transformation and empowerment, making her one of the defining voices of the contemporary music era. Blige has a track record of eight multi-platinum albums, nine Grammy Awards (plus a staggering 32 nomination), a 2012 Golden Globe nomination, and five American Music Awards.

Blige is a global superstar. In the ensuing years, the singer/songwriter has attracted an intensely loyal fan base-responsible for propelling worldwide sales of more than 50 million albums.

Born in the Bronx, New York, Blige began moving people with her soulful voice when at 18 she signed with Andre Harrell’s Records in 1989, becoming the MCA-distributed label’s youngest and first female artist.

Influenced at an early age by the music of Aretha Franklin, Chaka Khan and Gladys Knight, Blige brought her own gritty, urban-rooted style-fusing hip-hop, soul and honest, frank lyrics to the forefront on her 1992 debut album, “What’s the 411?" The multi-platinum set, executive produced by Sean “Diddy” Combs, quickly spun off several hits, including 2 R&B hits.

In 2014, Blige released her 13th studio album, The London Sessions, which reached the #1 position on the top R&B albums' chart and included a behind-the-scene documentary of her recording sessions that premiered at the Tribeca Film Festival in 2015. 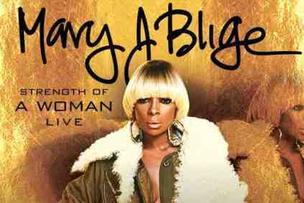 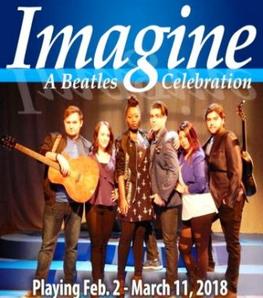 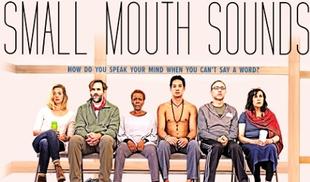