A JOURNEY BACK IN TIME TO JUDY GARLAND IN

“WORD AND SONG” WITH JODY BRISKY

Judy Garland was a mega-star before the term was coined. She made her first film appearance at age 7, and during her career earned three Oscar nominations, the first for what is listed by the American Film Institute as the 6th best film of all time, “The Wizard of Oz.”

Over the years she progressed from movies to Vaudeville and concert appearances. In 1961, she toured Europe and North America with a program labeled “Just Judy,” and a Carnegie Hall performance turned out to be a huge success. It spent 73 weeks on the Billboard charts, including 13 weeks as number one, and also received four Grammy Awards.

Actress Jody Brisky has portrayed Judy Garland before, in History Theatre’s world premiere of “Beyond The Rainbow,” a role she reprised at Florida Stage, for which she received a Carbonell nomination.

Garland in “Word and Song” will run from January 26 through February 11, 2018 at the Willow Theatre in Sugar Sand Park, 300 South Military Trail, Boca Raton. Tickets are $35. Group rates for 6 or more at a time are $30, available by calling 561-347-3948 or visit online at www.willowtheatre.org. Performances are Thursday to Sunday evenings at 8 p.m. Matinees 2 p.m.

Noah began his career as an actor, presenter, and comedian in his native South Africa. He held several television hosting roles with the South African Broadcasting Corporation (SABC), and was the runner-up in their fourth season of “Strictly Come Dancing” in 2008. From 2010-11, Noah was the creator and host of “Tonight With Trevor Noah” on M-Net and DSTV. His stand-up comedy career attained international success, leading to appearances on American late-night talk shows and British panel shows.

In 2014 Noah became the Senior International Correspondent for the Daily Show, an American satirical news program. The following year, he was announced as the successor of long-time host Jon Stewart. Noah’s tenure has been favorably reviewed, attracting particular attention for his interview with young conservative personality Torni Lahren in late 2016.

Howl with laughter when Scott and Joan Houghton bring their hilarious pack of poodles for a comedy dog show like no other, including incredible high flying frisbee dogs, dancing dogs, magic dogs, and of course, the one and only ... Sammie the Talking Dog!

These nine amazing canine partners are all adopted from animal shelters and rescues. Bring the family out for “Mutts Gone Nuts” -- a high-energy show that is sure to unleash havoc. They’ll have the audience woof- woof-woofing all the way home. Tickets are $35 to $75 at the Center’s box office. Call 877-311-7469 or 954-660-6307 for groups.

“MUSICAL THRONES: A PARODY OF ICE AND FIRE”

Musical Thrones: “A Parody of Ice and Fire” journeys through the Emmy Award-Winning Game of Thrones series brings the most beloved and hated characters to life on Thursday, January 25, 2018 at 8 p.m. at Parker Playhouse.

Jon and Al Kaplan, the hysterical mad men behind the long-running Silence! The Musical, have created a love letter to fans in a show that allows them to sing and dance along with Daenerys and her dragons, Tyrion, Joffrey and all the jolly members of the Lannister and Stark families.

Musical Thrones : A Parody of Ice and Fire transports you to the series' magical locations where bloodthirsty musical theatre comics leave no joke unturned in serving up the hit show’s notorious violence, power struggles, manipulation and sex, plus–worse yet –a ballad or two.

Tickets are $24.50 to $44.50 through Ticketmaster at Ticketmaster.com the only official ticketing service of Parker Playhouse and purchase online at ParkerPlayhouse.com, or phone the box office at 954-462-0222, located at 707 N. E. Eighth Street, Fort Lauderdale, for more information.

SHEN YUN RETURNS TO FLORIDA WITH

China was once known as the Land of the Divine. Legend has it that each dynasty came from a unique  heavenly paradise. Over the course of five millennia, deities descended to Earth and took on human form, playing roles from emperors to heros and from sages to generals. Their wisdom and virtue laid the groundwork for China's rich culture. It is even said that classical Chinese dance and attire mirror those in heaven.

Everyone loves a great story, and Chinese culture has 5,000 years full of them. Historic epics, timeless literary classics, and mystical folklore make up this world of deities and magic. Each Shen Yun performance includes short dance stories of heroes who battle evil, fly up to the heavens, or even visit deep-sea places. Packed with action, courage, and humor, these tales embody the wisdom and virtues of ancient China. 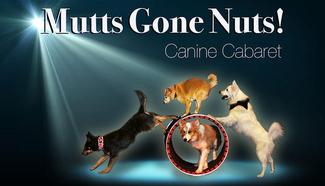 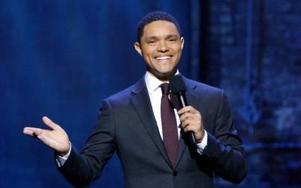 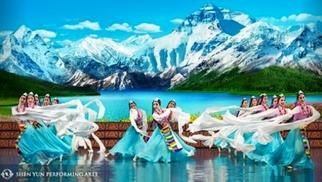