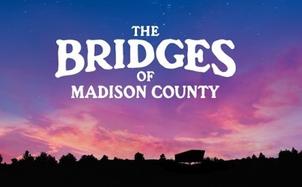 After the end of World War ll, the world gradually became aware of the full extent of the war crimes perpetrated by the Third Reich. In 1948, a series of trials were held in Nuremberg, Germany, by an international tribunal, headed by American legal and military officials, with the intent of bringing to justice those guilty of crimes against humanity.

However, by that time most of the major figures of the Nazi regime were either dead or long missing, and in the resulting legal proceedings American judges often found themselves confronting the question of how much responsibility someone held who had "just followed orders.”

Judgement at Nuremberg is a dramatized version of the proceedings at one of these trials, in which Judge Dan Haywood, an American judge, recently defeated for reelection in Maine, is overseeing the trials of four German judges -most notably Dr. Ernest Janning and Emil Hahn, accused of knowingly sentencing innocent men to death, in collusion with the Nazis, who took the lives of 6 million innocent people.

From the moment the prosecuting attorney, Col. Tad Lawson makes his emotion-packed opening statements, it is obvious that he is determined to obtain the maximum punishment for the judges .

“THE BRIDGES OF MADISON COUNTY”

ON STAGE IN THE AMATURO THEATRE AT BROWARD CENTER

The Bridges Of Madison County is a musical based on Robert James Waller’s 1992 novel. The musical premiered on Broadway at the Gerald Schoenfeld Theatre. Francesca Johnson, an Italian war bride living in Winterset, Iowa in 1965, has had eighteen years of quiet, largely unfulfilling farm life. Her family, stoic husband Bud, rebellious son Michael and reluctant daughter Carolyn, are journeying to Indianapolis for three days to the national 4-H fair to show Carolyn’s prize steer, Stevie.

After the family departs, Francesca is planning a relaxing weekend, free from responsibilities. That afternoon, a blue pick-up truck pulls into their driveway carrying Robert Kincaid, a photographer for the National Geographic, who has traveled from Washington State to photograph the famous covered bridges of Madison County.

Robert is unable to find the seventh covered bridge, the Roseman Bridge, and Francesca agrees to accompany him to the bridge for a short scouting trip.   Once at the bridge, Francesca feels something developing between her and Robert. When they return to the farm, Francesca invites Robert for a glass of tea. They discuss everyday life in the quiet of Winterset and Francesca persuades Robert to stay for dinner.

Find out what happens further in this most interesting double relationship, opening January 18 thru February4, 2018. Tickets are now on sale for this outstanding musical at the Broward Center’s box office located at 201 S.W. Fifth Avenue, Fort Lauderdale. For information and showtimes call 954-462-0222.

With a bizarre brew of eroticism and religion, Richard Strauss’s “Salome” was so disturbing when it first appeared that it was banned in Vienna and London. Today, it’s lost none of its power to send shivers through the audience, and this production eerily captures all the depravity of King Herod’s court destruction in ancient Jerusalem.

Starring as the princess whose sexually charged dance leads straight to her own destruction is Melody Moore, the dynamic soprano, who has electrified the operas of Jánacék,
Wagner and Puccini.

Join one of Florida Grand Opera’s leading opera experts for a witty, captivating, and always entertaining preview, one hour prior to each performance. Not only will you learn about the entire plot of the opera, you’ll also hear all the entertaining stories and backstage gossip that is part of any opera.

The opera is sung in German with English and Spanish projected subtitles. Performances open January 27 thru February 3, 2018 in the Ziff Ballet Opera House at the Arsht Center located at 1300 Biscayne Blvd., Miami. Tickets are $ 88 and up at the box office. Call 305-949-6722.

ONE OF THE MOST FAVORITE MUSICALS

“Chicago” is an American musical set in the Prohibition-era Chicago.  The musical is based on the 1926 play of the same name, by reporter Maurine Dallas Watkins about actual criminals and crimes she reported. The story is a satire on corruption in the administration of criminal justice and the concept of the “celebrity criminal.”

Several high-profile cases arose, which generally involved women killing their lovers or husbands. These cases were tried against a backdrop of changing views of women in the jazz age, and a long string of acquittals by County juries of women murderesses (jurors at the time were all men, and convicted murderers generally faced a death penalty). 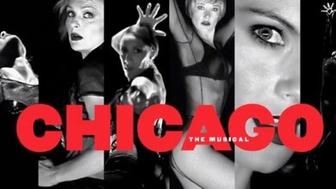 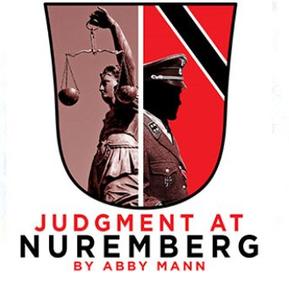