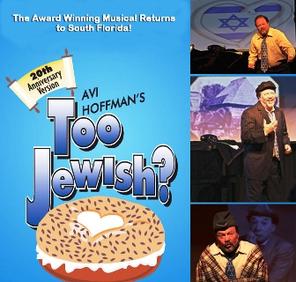 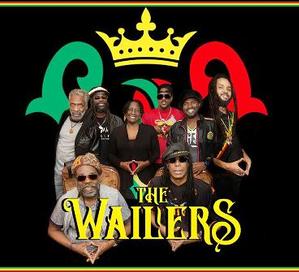 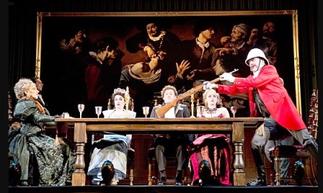 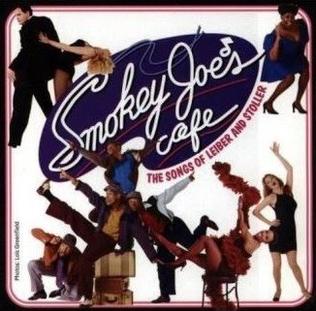 “A GENTLEMAN’S GUIDE TO LOVE & MURDER”

In 1907, Lord Montague “Monty” is living in a shabby, Clapham flat and his mother, a washerwoman, has just died. Miss Marietta  Shingle, a mysterious old woman, arrives to tell Monty that his mother was in fact a member of the aristocratic D ’Ysquith family who eloped with a Spanish musician , also deceased, which caused her family to disinherit and disown her. Wishing to spare her son any shame, Isobel never told her son the truth of his ancestry.

Now Miss Shingle says, Monty is ninth in line to inherit the earldom of  Highurst. She insists that he take his rightful place in the family. Monty writes a letter to Lord Asquith D ’Ysquith, Sr., the head of the family banking house, explaining his connection to the family and whether there would be a job available for him.

At this time, Monty is also in love with Miss Sibella Hallward, but she will not marry him due to his poverty. Although she dubiously accepts Monty’s story about his lineage, but remarks that eight people would have to die in order for him to become earl. After the deaths of six, leaving only two people in his way, Monty suddenly finds himself in conflict as to what he needs to do to become first in line to inherit the earldom.

A Gentleman’s Guide to Love & Murder tells the uproarious musical comedy story about a distant heir to a family fortune who sets out to jump the line of succession, by any means necessary in addition to juggling his mistress who is after more than just love. Tickets are $ 30 to $160 now available at the box office for performances opening January 9 to 21- 2018 in the Au-Rene Theatre, located at 201 S.W. Fifth Avenue, Fort Lauderdale. Performances are evenings at 8 p.m, matinees 2 p.m. , call 954-462-0222.

Smokey Joe’s Cafe is a musical revue showcasing 39 pop standards , including rock and roll and rhythm and blues songs written by songwriters Jerry Leiber and Mike Stoller, as much as anyone, virtually invented rock and roll and now their songs provide the basis for an electrifying experience that illuminates a golden age of American culture in an idolized 50's setting, the classic themes of love won, lost and imagined that blend with hilarious set-pieces and slice-of-life emotions.

Featuring nearly 40 of the greatest songs ever recorded. The songs of Leiber and Stoller, won a Grammy Award in 1996. After a Los Angeles tryout the revue opened on Broadway running for 2,036 performances, making it the longest -running musical revue in Broadway history! It also had a run in London. Smokey Joe’s Cafe features such novelty songs as “Charlie Brown," ”Love Potion #9,” and “Yakety Yak,” also romantic ballads such as “Spanish Harlem,” “Stand By Me,” “Falling,” and infectious melodies like “There Goes My Baby,” “I Who Have nothing,” and “Treat Me Nice.’

The Wailers began as Bob Marley, Bunny Livingston and Peter Tosh. After the death of Bob Morley in 1981, the Wailers Band was led by Aston Barrett and Junior Marvin. The band continued to play a heavy worldwide touring schedule.

Carlton”Carly” Barrett, 36, was tragically murdered at his Jamaica home in 1987. In 2008 former Wailers Sal Anderson and Junior Marvin formed The Original Wailers, with the latter departing in 2011. In 2014, The Wailers embarked on a worldwide “Legend Tour,” marking the 30th anniversary of the release of the best selling reggae album of the time. In 2015, Family man Barrett began the process of reuniting past members of the Wailers.

Shows occurred in South America which included past members such as Barrett, Al Anderson, and Tyrone Downie.

“TOO JEWISH RETURNS TO SOUTH FLORIDA

AT THE PGA CENTER

Avi Hoffman’s Too Jewish? Has been presented all over the world, as well as on the national PBS network. Hoffman, a child of Holocaust survivors, was taught at an early age to appreciate the beauty and depth of Jewish literature, music and tradition.

In Avi Hoffman’s Too Jewish? He combines a delightful mix of music, comedy, impersonations and personal reminiscences, taking his audience on a journey through his own Jewish roots, illustrating the traditions and history of his beloved Yiddish culture.

Hilarious and charming “Too Jewish? has had incredible success nationally and in South Florida. It is the perfect family show for the holidays as the mixture of musical styles, in the show appeals to all ages. “ Too Jewish,” has won multiple awards, including Performer of the Year in 1995 by the NY Press Magazine and  the prestigious Los Angeles Ovation Award as Best Actor in a Musical.

His most recent portrayal of Willie Loman in the Yiddish production of Death of a Salesman garnered him a NY Drama Desk Award nomination for Best Actor in a Revival. He performs world wide and has proudly worked in nearly every professional South Florida theatre, accumulating multiple awards and nominations. Hoffman has recently directed and acted in the world premiere of “Unlikely Heroes.”