The classic of children’s literature is reimagined in brilliant musical style by composer Lucy Simon and Pulitzer Prize-Winning  playwright Marsha Norman.  The estate’s many wonders include a magic garden which beckons the children with haunting melodies and the “Dreamers,” spirits from Mary’s past, who guide her through her new life, dramatizing The Secret Garden’s compelling tale of forgiveness and renewal.

The story is set in the early years of the 20th century.  Mary Lennox, a young English girl, born and raised in the British Raj, is orphaned by a cholera outbreak when she was eleven years old. She is sent away from India to Yorkshire, England, to live with relatives she has never met.

Her own personality blossoms as she and a young gardener bring new life to a neglected garden, as well as to her sickly invalid cousin and her reclusive, embittered uncle.

The musical premiered on Broadway April 1991 and closed January 1993, after 709 performances. The production has revisions which includes new songs. This production has performed at theatres across North America and will be going to Broadway on an unspecified date. More than 25 songs, old and new, are included in the musical.

Smokey Joe’s Cafe is a musical revue showcasing 39 pop standards, including rock and roll and rhythm and blues songs written by songwriters Jerry Leiber and Mike Stoller, as much as anyone, virtually invented rock and roll and now their songs provide the basis for an electrifying experience that illuminates a golden age of American culture in an idolized 50's setting, the classic themes of love won, lost and imagined blend with hilarious set-pieces and slice-of-life emotions. Featuring nearly 40 of the greatest songs ever recorded.

The songs of Leiber and Stoller, won a Grammy Award in 1996. After a Los Angeles tryout, the revue opened on Broadway running for 2,036 performances, making it the longest-running musical revue in Broadway history! It also had a run in London. Smokey Joe’s Cafe features such novelty songs as  “Charlie Brown,” “Love Potion #9,” and  “Yakety Yak,” romantic ballads such as “Spanish Harlem,” “ Stand By Me,”  “Falling,” and infectious melodies like “There Goes My Baby,” “I Who Have Nothing,” and “Treat Me Nice.”

Stand-up star Bill Burr to perform at Seminole Hard Rock Hotel & Casino in Hollywood, Fla. on Thursday, December 14, 2017 at 8 p.m. Burr first gained notoriety for his recurring role on the second season of "Chappelle’s Show" in 2004.

He developed a comedic style, centered on uninformed logic that has led him to sell out Madison Square Garden and made him a regular guest on Conan O’Brien and Jimmy Fallon. On May 30, 2017, Burr premiered the second season of his hit animated Netflix series, on January 31, 2017.

Burr has appeared in a variety of feature films including “Daddy’s Home” with Mark Wahlberg and Will Ferrell, “Black or White” opposite Kevin Costner, “The Heat” with Sandra Bullock and Melissa McCarthy, and “Date Night” with Steve Carell and Tina Fey. Burr has also been featured on the small screen with regular appearances on “Kroll Show” and “New Girl.”

Burr’s “Monday Morning Podcast" is an off-the-cuff, twice-weekly rant that has become a fan favorite with more than 400 episodes. In 2014, Burr received the Stand-Up Comedian of the year Award from the prestigious Just For Laughs Festival in Montreal.

Broadway's newest hit is the winner of the Audience Choice Award for best musical. This breathtaking production captures the kid-at-heart, is a must see for everyone, and will be remembered for years to come. Finding Neverland tells the incredible story behind one of the world’s most beloved characters, Peter Pan, or “The Boy Who Wouldn’t Grow Up,” one of the most lovable stories of all time.

Playwright J. M. Barrie struggles to find inspiration to write a new play until he meets four young brothers and their beautiful mother. Spellbound by the boys' enchanting make-believe adventures, he sets out to write a play that will astound London Theatregoers.

With a little bit of pixie dust and a lot of faith, Barrie takes the monumental leap, leaving his old world behind for Neverland, where nothing is impossible and the wonder
of childhood lasts forever. The magic of Barrie’s classic tale springs spectacularly to life in this heartwarming theatrical event. Finding Neverland is “far and away the best musical of the year.” 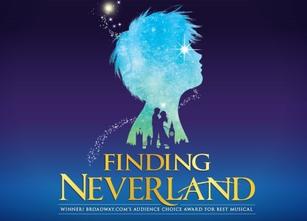 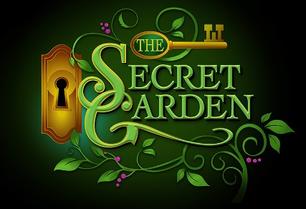 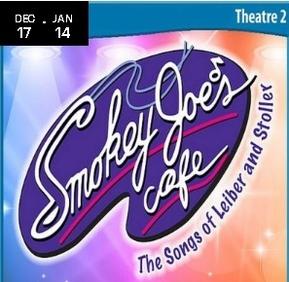 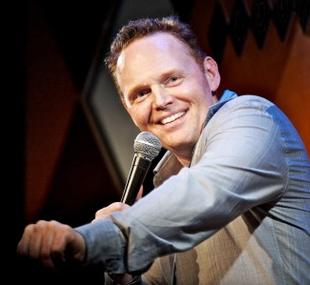