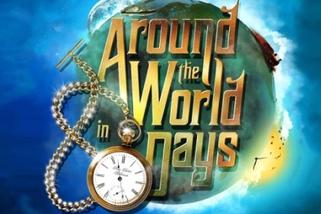 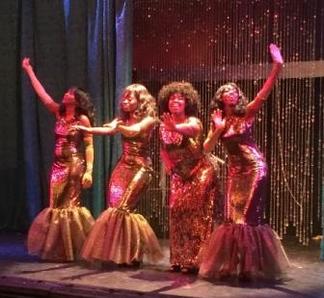 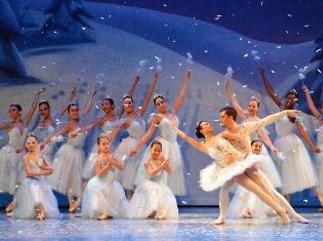 CELEBRATE THE MUSIC AND JOYS OF THE SEASON IN

“THE COLORS OF CHRISTMAS” AT BROWARD CENTER

Possessing a beautifully rich, almost operatic voice, Bryson has the distinction of being the first artist in music history to have separate records topping four different charts. With 20 albums to his credit, he received Grammy Awards for “Beauty and the Beast,” a duet with Celine Dion, and “A Whole New World,” (Aladdin’s Theme), which he performed with Regina Belle. Both songs also won Academy Awards for Best Song.

Former lead singers of the internationally renowned 5th Dimension and later a Grammy -Winning duo, McCoo and Davis have received seven Grammy Awards, numerous gold and platinum records and induction into the Grammy Hall of Fame and the Hollywood Walk of Fame. With the Fifth Dimension they recorded such classics as “Up, Up & Away,”"Aquarius,"

" Let the Sunshine In,” “Wedding Bell Blues,” “One Less Bell to Answer,” and many more, which earned a Grammy for Best R & B Vocal Performance By a Duo or Group.

Capture the magic of Christmas in one spectacular night in the Au-Rene Theatre. Tickets are $55 to $75 with $135 Airlines Club Level seating. $125 VIP tickets includes a meet and greet with the artists. Tickets are available on line at Broward Center.org or by phone at 954-462-0222 and Ticketmaster.

For many South Floridians, the holidays are not complete without enjoying a live performance of the most beautiful ballet of them all “The Nutcracker.” Arts Ballet Theatre of Florida is pleased to present their annual performance of Tchaikovsky’s masterpiece, choreographed by its Artistic Director Vladimir Issaev, and this year, the production celebrates its 20th anniversary.

There are nine opportunities and two separate venues for it. Issaev’s outstanding dancers based in North Miami Beach will be showing off their skills at both the Aventura Center and Parker Playhouse in Fort Lauderdale. Both are intimate venues, family friendly and easy access.

The entire family will enjoy this 90 minute beautiful holiday production at affordable prices, which preserves the Russian tradition and serves as an alternative to those who have already seen Balanchine’s version, making it a real treat for children and their families to enjoy right to the end when Clara awakens from her dream and finds herself by her Christmas tree with her beloved Nutcracker.

Renowned dancers in the role of the Sugarplum Fairy are Mary Carmen Catoya, Janis Liu, Hinano, Eto and Izumi Masaki are accompanied by their supporting partners Kevin Zong, Kazuya Arima, Howard Zhu and Keisuke Nishikawa. The choreography, from the fun of the party scene to the battle scene, is guaranteed to entertain any age.

Thirty Five years after the groundbreaking of the original production , the Stage Door Theatre is bringing the Tony Award winning “Dream Girls,” to Coral Springs. Three talented black singers and close friends Deena, Lorell, and Effie began as a group called the Dreamettes. They gradually sharpen their act and rename themselves “The Dreams.” Little do they know of the hard competitive world of show business when they enter a talent show held in New York’s Apollo Theatre.

Disappointed at their failure to win the contest, they attract the attention of a sly tongued talent agent named Curtis Taylor, Jr. Curtis is able to get the girls hired on a tour as a backup act to James Thunder Early, a rising pop singing star, and become widely acclaimed. At first Curtis falls in love with full- figured Effie who sparks the act and later, in an attempt to make the act moves sultry, moves Deena into Effie’s lead spot. But when Curtis’ love interest also switches to Deena, Effie erupts into a rage, prompted more by hurt than the loss of singing slot, and announces that she is not going along anymore.

Michelle is chosen to replace Effie, and the Dreams go on to achieve international stardom and a string of chart- topping hits. Just as Dreams is falling apart, Effie’s star is rising as a solo. Curtis tries to undermine her revitalized career by having the Dreams record her current hit song. But, Effie out does him for both a personal and a professional triumph. It is announced that the Dreams will disband. However Effie joins them for the farewell performance, before the four dreamgirls go their separate ways.

As amazing as this show is, it’s rarely produced locally. Don’t miss the chance to see one of the most acclaimed shows in musical theatre history now on stage at the Broward Stage Door Theatre, through December 10, 2017, located at 8036 W. Sample Road, Margate, evenings at 8 p.m, and matinees 2 p.m. Tickets are $48 at the box office. For more information call 954-344-7765.

JULES VERNE AROUND THE WORLD IN EIGHTY DAYS

If theatre audiences are looking for travel and adventure this holiday season, they need venture no further than Sol Theatre in Boca Raton, where Sol Children Theatre will present a brand new musical adaptation of Jules Verne’s classic tale, Around the World in 80 Days.

From London to Bombay and Yokohama to San Francisco, through typhoons, out-of-control trains, and into the deepest reaches of the imagination, this friendly adventure will delight audiences of all ages.

The company’s mission is to provide children with a safe secure, and highly professional theatre experience. The production will run from December 8, through the 23rd, 2017 in the popular Black Box Theatre.

Around the World in 80 Days is a combination of adult and child actors that will kick off Sol Children Theatre’s Sweet 16 Season, and is even more exciting. The talent of the younger actors in this show and the amount of dedication they bring, challenges adult actors to bring the best to this amazing ensemble. It’s a fun family show for everyone to enjoy together. People will find themselves humming a tune or two on their way home.

Child actors include Murphy Hayes, Christian Matthiesen, Faith Alfieri, and Renée Elizabeth Turner, who agrees “I am beyond honored to be apart of this exciting production." This is a show about adventure, self-discovery, and having faith in what you can achieve even when the odds are against you. 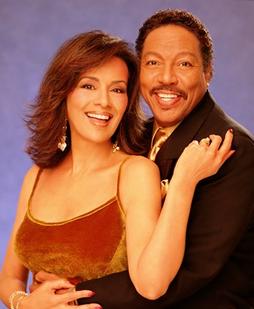