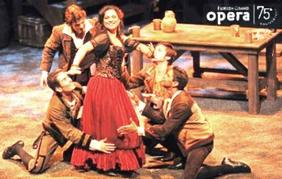 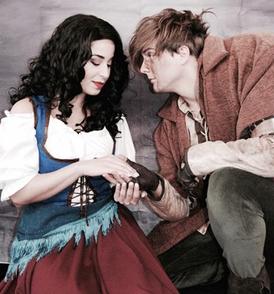 Bianca Del Rio called “The Joan Rivers of the Drag World,” will perform at the Parker Playhouse on November 2, 2016 at 8 p.m. The seasoned comic Roy Haylocks and Season 6 winner of RuPaul’s Drag Race, Del Rio is a self-professed “clown in a gown.”  This hilariously hateful comic is known for her foul mouth and unapologetic humor, but her victims hardly have time to feel the sting before she rushes on to the next topic. However, she will be very quick to point out that she is the biggest joke of all.

Del Rio’s first stand-up special “Rolodex of Hate," is based on her sold-out world comedy tour of the same name and is now available on Vimeo. This year’s release of Hurricane Bianca is a feature-length comedy, starring Del Rio as a New York teacher, who moves to a small town in Texas, gets fired for being gay, then returns, disguised as a mean lady just to get revenge on the people who were so nasty to him.

Tickets range from $35.50 to VIP tickets of $73 that include premium seating. Tickets may be purchased at the Theatre’s box office, Tuesday through Saturday, Noon to 5 p.m., located in Holiday Park, at 707 N. E. Eighth Street, Fort Lauderdale. Or, purchase tickets online through Ticketmaster, or at www.ParkerPlayhouse.com. For more information call 954-462-0222.

WITH THE BELOVED "CARMEN"

Carmen, one of the world’s most famous and frequently performed operas, shocked Parisian audiences at its first performance in 1875. The seductive, fiery girl from the cigarette factory, the crazed soldier, and swaggering matador were without precedent on the operatic stage, but within just a few years Carmen was being performed all over the world.

Carmen gets any man she wants, and then gets rid of them when a better one comes along. When she sets her sites on Corporal Don Jose, he doesn't stand a chance. He’s completely smitten and gives up everything- his career, mother, and in addition, even the girl he intends to marry, just to be with this sultry siren.

For quite sometime they are engaged in a great passion, but then Carmen meets a famous matador and dumps Don in a heartbeat. The difference is, this time, she has finally pushed a man too far and she pays for it with her life.

Georges Bizet’s passionate score and the opera’s sordid tale of obsession, betrayal, defiance, make for a truly operatic experience in every way.

Audiences love the music sung in French with titles projected in English and Spanish. This classic, traditional production of Carmen will be performed both at the Arsht Center's Ziff Ballet Opera House and Broward Center's Au-Rene Theatre, Fort Lauderdale, starting at the Arsht Center, November 12-13-15-16-17-18 and 19, 2016. Tickets start at $23 to $230, at the Center’s box office located at 1300 Biscayne Blvd, Miami. For more information call 305-949-6722.

Be a part of the discussion one hour prior to each performance by one of Opera’s leading experts. Not only will you learn about the entire plot, you'll also hear all the entertaining stories and backstage gossip that is part of any opera.

“THE HUNCHBACK OF NOTRE DAME”

The Southeastern premiere of the Slow Burn Theatre Company opens its new season with the largest production in its history as it presents “The Hunchback of Notre Dame,” a new musical based on the novel of Victor Hugo with songs from the Disney film.

The "Hunchback" premiere is now on stage through November 6, 2016 in the Amaturo Theatre of the Broward Center. Composer Alan Manken and lyricist Stephen Schwartz, together with writer Peter Parnell, create a beautifully scored, powerful rendition, of the timeless tale of love, acceptance and what it means to be a hero.

Set in the 15th century Paris, the musical tells the love story of the gorgeous gypsy girl Esmeralda, the scorned bell-ringer Quasimodo and the handsome, dashing Captain Phoebus. While the show is based on the animated Disney film and includes many of the same songs, the plot and themes follow more closely to the original and significantly darker novel.

The music’s choral beauty will include the award-winning Everglades Legacy Chamber singers. The students from Everglades High School, in Miramar, who spent a portion of their vacation in an intensive rehearsal for this production, make up the majority of the 21-member mixed choir.