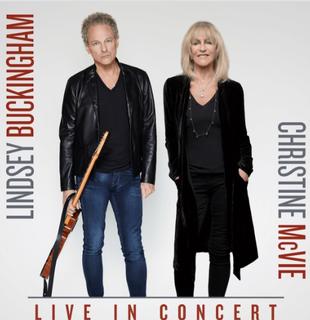 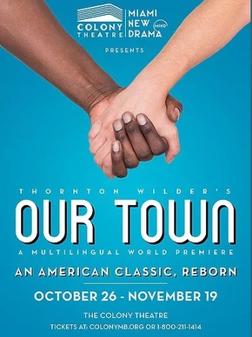 THE AMERICAN CLASSIC “OUR TOWN” IS REIMAGINED

The Colony Theatre opens the season with a ground-breaking production of the classic drama, “Our Town.” Artistic Director, Michael Hausmann, has re-visioned Thornton Wilder’s iconic tale of life, love and death in small town America for 21st century Miami, incorporating translations in Spanish by Pulitzer prize-winner, Nilo Cruz, and in Creole by renowned playwright, Jeff Augustin.

This production marks the first time the Thornton Wilder Estate has  allowed the text of this  Pulitzer Prize winning drama to be altered. Miami’s new Drama “Our Town” redefines the quintessential American-and human-story. The essence of the story is not being changed, the new version of the play will only add new layers of language and culture that make it more real for a 21st century audience. By doing this it will bring it closer to this community.

The season opens with the most hilarious Five-time Tony Award winning play about how Peter Pan became “The Boy Who never Grew Up,” written by Jersey Boys writer Rick Elice, Based on the best-selling novel by Miami native Dave Barry and Ridley Pearson. Twelve actors play more than 100
unforgettable characters in addition to moving scenery and furniture.

“Peter And The Starcatcher” will take the audience on a journey to answer the century-old question, How did Peter Pan become “The Boy Who Never Grew Up?” The play is bound to inspire the audience and trigger their imagination with the use of props, lighting , and talent from an incredible cast of actors. Be ready to be transported to the land of make believe, in the Abdo New River Room at the Broward Center on November 9 through 26, 2017.


COMIC JOSH BLUE TO PERFORM IN

A COMEDY CLUB SETTING IN BROWARD’S

The Mary N. Porter Riverview Ballroom at the Broward Center will turn into a comedy club when Josh Blue performs on Thursday, November 9, 2017 at 8 p.m. The winner of NBC’s Last Comic Standing, Blue centers most of his self-deprecating act around living with cerebral palsy. Possessed with an undeniable likeability and comic timing, he continues to break down stereotypes of people with disabilities one laugh at a time. His stand-up routine is in a constant state of evolution and his off-the-cuff improvisational skills guarantee that no two shows are exactly alike.

Comedy Central Presents: Josh Blue was named the 11th best special on the network in 2011 and, most recently, Blue debuted a one hour Showtime special, “Sticky Change,” where he cracks jokes and tells stories about everything from being a white African-American to dealing with cabbies who think he’ll pay in sticky change.

He was the first comedian to perform stand-up comedy on The Ellen De Generes show, Blue’s numerous TV appearances include Ron White’s Comedy Salute to the Troops on CMT, The Late Late Show with Craig Ferguson and Comedy Central’s Mind of Mencia.

He has even become quite an internet sensation with his top two You Tube videos with  over 3.5 million plays. Blues was also a member of the U. S.  Paralympic Soccer Team and competed in Athens at the Paralympic Games.

This show is not one to be missed on Thursday, November 9, 2017 at 8 p.m. Tickets are $26.50 with $50 VIP tickets which include premium reserved seating and a meet and great with the artist. For reservations buy tickets online at BrowardCenter.org and by phone at 954-462-0222, or Ticketmaster. The Center’s box office is located at 201 S.W. Fifth Avenue, Fort Lauderdale.

Lindsey Buckingham and Christine McVie released their most recent album on June 9, 2017. Four of the five members of Fleetwood Mac are featured in the album, with contributions from drummer Mick Fleetwood and basssist John McVie. The album sold more than 22,000 units in the United States in its first week and debuted within the top 20. It proved to be even more successful in the UK, where it debuted within the top 5.

At Metacritic, which assigns a weighted average rating out of 100 reviews from mainstream publications, the album received a score of 72, based on 20 reviews. Thom Jurek of AllMusic singled out the first three songs as “Absolute Knockouts.” Singles recently released from Lindsey Buckingham and Christine McVie include “In My World,” “Red Sun,” “Feel About You,” and “”Lay Down Free,”  All released from April through August, 2017. 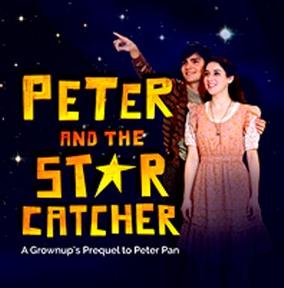 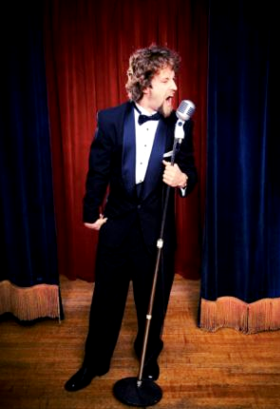