Evita is based on the historical story of Eva, who was worshiped by her people. As a young woman who longs for an acting career, fame, and fortune, Eva quickly learns that her feminine wiles hold power among a culture, and a political system, run by men.

Once she makes it to Buenos Aires, Evita finds fame and power in her powers of seduction, eventually seducing the rising political figure, Juan Peron, who becomes the President of Argentina.

As the first lady of Argentina, at the age of 27, she aligns herself with the poor, winning herself, and Peron, popularity among the Argentinians. Evita becomes a hero to the poor and the working class- and an enemy to the rich. A young and unknown revolutionary, Che, narrates the rise and fall of the beloved matriarch of the Argentinian people.

This blockbuster musical, made even more famous as a 1996 Hollywood film starring Madonna and Antonio Banderas, shows both the righteous determination, and the ruthless power of Argentina’s 20th century matriarchs.

It follows her journey from a fatherless child to an ambitious actress, to the most powerful woman in Latin America and eventually, to a saint-like figure after her death at age 33. This musical theatre masterpiece mixes Latin pop and jazz influences, creating an interesting theatrical portrait as complex as Eva Peron herself.

PRESENTED BY THE  MICHAEL-ANN RUSSELL JCC

Between 1938 and the outbreak of the war, almost 10,000 children, most of them Jewish, were sent by their parents from Germany to Britain, incluing 9-year old Eva. When her parents fail to escape, she changes her name and begins the process of denying her roots. It is only when her own daughter discovers some old letters in the attic that Eva is forced to confront the truth.

The play is an extraordinarily skillful and compassionate piece of work that exposes the past and present effects of the Holocaust on one family through three generations.

Producer Kevin Black is back again to show you why we love a piano. A song always begins at the fingertips of the songwriter on those infamous 88 keys. Tickling The Ivories celebrates those amazing artists who share our love for this timeless instrument, the piano. Featuring he songs of Barry Manilow, Stevie Wonder, Ray Charles, Elton John, Billy Joel, Adele, Diana Kroll, Carol King, to the flamboyant and dynamic styles of Liberace, Mozart and so much more.

An elegant performance featuring two singing piano players, a live band, and four master vocalists from New York. Tickling The Ivories celebrates the amazing artists who wowed us through the years with their piano virtuosity and amazing songwriting skills

Audiences are going to love this brand new show, the hottest show in town at the Broward Stage Door Theatre. Now on stage through November 9, 2017. Wednesdays to Sunday, evenings at 8 p.m., matinees 2 p.m. Tickets are $48 at the box office located at 8036 W. Sample Road, Margate.  For all other information call 954-344-7765. “There are eighty-eight keys on a piano and within that, an entire universe.” Written by James Rhodes.

Diane Paulus’ new, circus inspired production of Pippin features an acrobatic troupe of performers, led by the charismatic Leading Player. The ensemble cast tells the story of Pippin, a young prince who longs to find passion and adventure in his life.

To prove his loyalty to his distracted father, King Charles, Pippin goes to war. But when the Leading Player convinces the prince to fight tyranny, Pippin kills Charles and takes over the throne. Realizing his mistake, Pippin begs the Leading Player to bring his father back to life, and she obliges.

The prince falls in love with Catherine, a widow with a young son, and much to the Leading Player’s chagrin, Pippin struggles to decide whether he should settle down and pursue a peaceful life or continue to make magic with the dazzling troupe of performers.

However, the young prince soon realizes that the war is not only the glory of the victory, but it is blood, violence and death. That’s why he ran from the battlefield and hid in the village. The audiences attention once again is geared towards the narrator, telling about the wandering of the prince, until he finally finds refuge in the estate of his grandmother.

The old woman advises her grandson to enjoy life and be a little careless. After returning to his home, the young man finally realizes that a modest peasant house was the only place where he was truly happy. Suddenly it becomes very clear to him that only a simple life without luxuries may be enough for him and a relationship without deep love is empty. 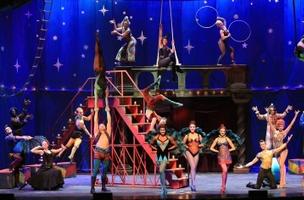 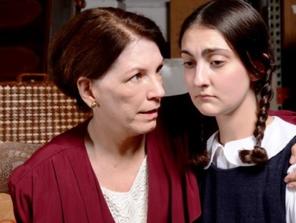 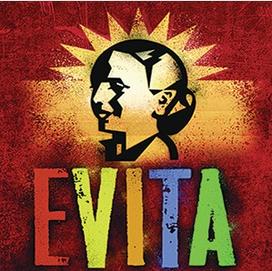 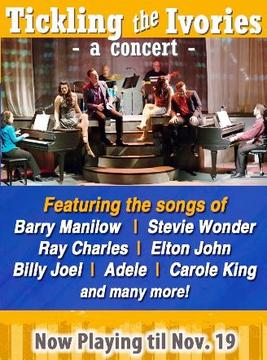