TO BE FEATURED AT HARD ROCK LIVE

John Lyon, better known as Southside Johnny, is an American singer-songwriter, who has long been considered as the Grandfather of “The New Jersey Sound.” Jon Bon Jovi has acknowledged South Side Johnny as his reason for singing.

Southside Johnny achieved prominence in the mid-1970s as the second act to emerge from the Jersey Shore music scene and be considered part of the Jersey Shore sound, following Bruce Springsteen.  Southside Johnny’s first three albums, "I Don’t want To Go Home,” “This Time It’s for Real,” and “Hearts of Stone,” became Southside Johnny’s signature songs. Other notable songs included “The Fever,” “Talk to Me,” “Love On The Wrong Side of Town,” “Messin’ With The Blues,” and a cover of Springsteen's “ Hearts of Stone.”

Springsteen has also performed with the band on numerous occasions and in 1991 was a guest on their “Better Days,” album. During the formative years Miami Steve Van Zandt acted as the band's co-leader, guitarist, songwriter, arranger and producer. Others who have performed or recorded with the band are Clarence Clemons, Max Weinberg, Garry Tallent, Ernest Carter, Patti Scialfa and Soozie Tyrell.

The band’s horn section -the Miami Horns, has also toured and recorded with Springsteen. More than one hundred musicians can claim to have been members of the Asbury Jukes, including Jon Bon Jovi who toured with the band as a special guest. Other notable band members include Mark Pender and Richie “La Bamba” Rosenberg.
Tickets are $30 to $50, now on sale at Ticketmaster, for the October 13, 2017 performance at 8 p.m. For more information
call 1-800-745-3000.

OPENS AT THE STAGE DOOR THEATRE

Producer Kevin Black is back again to show you why we love a piano. A song always begins at the fingertips of the songwriter on those infamous 88 keys. Tickling The Ivories celebrates those amazing artists who share our love for this timeless instrument, the piano. Featuring the songs of
Barry Manilow, Stevie Wonder, Ray Charles, Elton John, Billy Joel, Adele, Diana Kroll, Carole King to the flamboyant and dynamic styles of Liberace, Mozart and so much more.

An elegant performance featuring two singing piano players, a live band, and four master vocalists from New York. Tickling The Ivories celebrates the amazing artists who wowed us through the years with their piano virtuosity and amazing songwriting skills. “There are eighty-eight keys on a piano and within that, an entire universe.” Written by James Rhodes.

Audiences are going to love this brand new show, the hottest show in town at the Broward Stage Door Theatre opening October 13 through November 19, 2017. Wednesdays to Sunday, evenings at 8 p.m., matinees 2 p.m. Tickets are $48 at the box office located at 8036 W. Sample Road, Margate. For all other information call 954-344-7765.

Based on Disney’s epic animated musical adventure about a boy raised by gorillas, Tarzan features heart-pumping music by rock legend, Phil Collins, and a book by Tony Award-winning playwright, David Henry Hwang. High-flying excitement and hits, like the Academy Award-winning “You’ll Be in My Heart,” “Son of Man,” and “Two Worlds,” make Tarzan an unforgettable theatrical experience.

The musical follows the plot of the Disney film, with a few minor changes. Terk, who was a female in the film, is a male in the musical. The major character of Tantor the elephant is completely cut from the musical.

Off the West African coast, a young English couple and their newborn son barely survive a shipwreck and land in Africa. They construct a tree house for their son before being killed by a leopard. In the African jungle, Kerchak, the leader of the tribe of gorillas admires his new infant son with his mate Kala. The leopard suddenly appears and kidnaps the newborn baby gorilla. Kala goes off to find her son but finds the human boy instead and names him Tarzan.

She mothers him and raises him despite Kerckak’s refusal to treat Tarzan as his son. Tarzan is befriended by the lighthearted Terk, a young gorilla who teaches him the ways of the gorillas. Kerchak finds Tarzan constructing a spear and exiles him from the gorilla tribe. Kala worries about him and goes off to find him. She discovers him in great despair and tells him that even though they look different, underneath the skin, they are really the same.

Kerchak still refuses to accept him until one day Tarzan kills the leopard who has been terrorizing the tribe. Deep in the jungle, Tarzan meets Jane Porter, a young English naturalist, who is overwhelmed by the diverse jungle life. Tarzan and Jane carefully assess each other and realize they have similar qualities and the originating of the phrase “ Me Tarzan, You Jane.”

AT PARKER PLAYHOUSE WILL LONG BE REMEMBERED

From the trailblazers of rock and roll in the 1940's through the glory years of the 50s, 60s, and 70s,up until the early 80s, Neil Berg’s Fifty Years of Rock & Roll shares the often unknown stories from the half-century of music that changed the world forever. 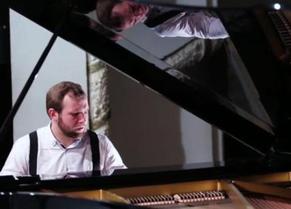 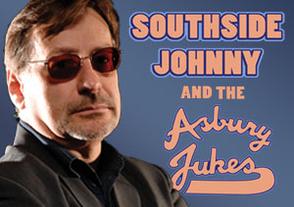 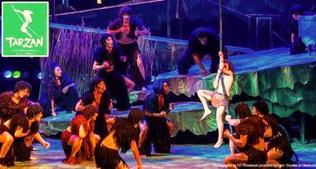 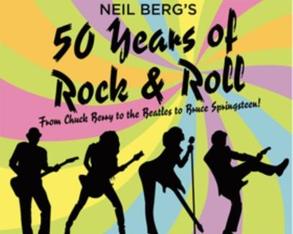