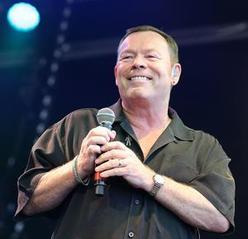 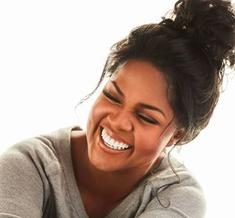 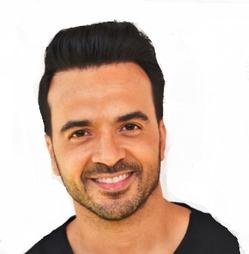 THE INCOMPARABLE MUSIC OF THE CARPENTERS

IS ON THE WAY TO BOCA BLACK BOX THEATRE

“We’ve Only Just Begun To Live, White Lace And  Promises,” who can forget those loving songs of the Carpenters? The popular brother and sister duo of the 70's

Karen and Richard Carpenter gave us the most unforgettable ballads and melodic pop songs of all time. Debbie Taylor and her seven piece band bring the most authentic version of The Carpenters to the stage.

No doubt the audience will be singing along as they perform hits like “Close To You,” “Rainy Days And Mondays,” “Please Mr. Postman,” and “Yesterday Once More,” to name just a mere few.

Debbie captures the warm tones and contralto range that made Karen’s voice so unique. Sit back and enjoy Debbie and her band as they take you on a nostalgic journey through the Carpenters' greatest hits while sharing some of the back stories behind the music.

The best-selling and most-awarded female gospel singer of all time, CeCe Winans has long since cemented her status as one of the most accomplished and celebrated women in modern music history.

It would be easy to look back and rest on such illustrious laurels, but Winans has always had her eyes fixed firmly on the future, so it should come as little surprise that she jumped at the opportunity when her son , Alvin Love III, proposed she record the generation-bridging new album “Let Them Fall In Love,” her first in nearly a decade. The record finds WInans returning to the studio with gusto, working for roughly three years to craft her most confident, adventurous collection yet.

Recording and performing as both a solo artist and as a duo with her brother BeBe, CeCe has influenced a generation of gospel and secular vocalists over the course of her astonishing career.Today she holds a staggering 10 Grammy Awards, 20 Dove Awards and 7 Stellar Awards.

She’s been inducted into the Gospel Music Hall of Fame, the Hollywood Walk of fame, and the Nashville Music City Walk of Fame, in addition to being named a Trailblazer of Soul by BMI and garnering multiple NAACP Image Awards, Soul Train Awards, Essence Awards, and much more.

She’s sold in excess of 5 million albums in the US, topping the Gospel Charts repeatedly while crossing over with smashes like “Count On Me,” her stunning duet with Whitney Houston from the multi-platinum soundtrack. “Waiting To Exhale.”


Ali Campbell, the legendary voice of UB40, reunites with original bandmates Mickey and Astro for a night of pop-infused reggae classics you will not want to miss.

Expect to hear UB40s chart topping hits, including “Red, Red Wine,” “Can’t help Falling in Love,” and “I’ve Got You Babe ,” plus songs from the band’s latest album that features the British sensation’s iconic reggae sound.

Three founding members are back on the road touring their new unplugged album. Singer Ali Campbell, keyboard player Mickey Virtue and percussionist Astro have been playing together for a couple of years and their 2016 record “Unplugged” found the trio revisiting some of their greatest acoustically.

UB40 were one of the most influential reggae outfits of the 1980s, leading the British ska revolution alongside The Specials and Madness. Their other best known tracks include “One in Ten,” “Please Don’t make Me Cry,” and “Kingston Town.” Hear them all when they hit the Au-Rene Theatre at the Broward Center September 23, 2017 at 8 p.m. Tickets are $49 to $120 at the Center’s box office located at 201 S.W. Fifth Avenue, Fort Lauderdale. For more information call 954-462-0222.

Luis Fonsi will be supporting his new single “Despacito,” with “Daddy Yankee,”  released on January 13, 2017 via Universal Music Latin Entertainment. The single reached number 1 on Billboard’s Hot 100 chart and has been certified 34x Platinum (Latin) by the RIAA (Latin). A remix featuring Justin Bieber was also released a few months later as well as a salsa version featuring Victor Manuelle. Fonsi has released a total of eight studio albums since 1998 with his latest “8" that came out in 2014.

Luis is bringing his Love & Dance World Tour to the United States and will make a stop at the Hard Rock Live on September 22, 2017 at 8 p.m., after visiting cities like Los Angeles, San Antonio, Orlando, Atlanta and Brooklyn among others.

This will be Fonsi’s first headlining tour in the U.S. since 2009's Palabras del Silencio Tour. Prior to the new shows, the tour will be visiting cities across Europe and Argentina. 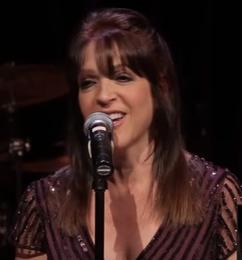