The Pulitzer Prize and Tony Award-winning musical, is a story about the triumph of the common man amid the buffoonery of big business. When a restless, creative, and ambitious window washer named J. Pierrepont Finch happens upon a book entitled “How To Succeed In Business Without Really Trying,” he decides to begin his rise up the corporate ladder.

With the book’s instructions and a dose of his own cleverness, Finch starts by landing a job in the mailroom at the World Wide Wicket Company, before quickly gaining promotions and outsmarting his scheming, sniveling rival, Frump- who happens to be his boss’s nephew, until finally reaching the very top of the organization.

From the very beginning, Finch has had the love and support of Rosemary, a marriage-minded secretary who recognizes Finch’s potential, and finds his innocent demeanor endearing. But in his single-minded pursuit of the top job, Finch is in danger of discounting Rosemary’s love. In a moment of crisis, Finch’s manuel to success can no longer help him: he must rely on his own wits, and ultimately, his heart, to save the day.

The standout musical score by Frank Loesser features such classics as the surreal and funny “Coffee Break,” the rousing “Brotherhood of Man,” and the melodious tongue- in- cheek ballad, “I Believe In You,” while the immensely clever book by Abe Burrows, Jack Weinstock, and Willie Gilbert, won the Pulitzer Prize in 1962 for Best Drama.

“How To Succeed In Business Without Really Trying,” opens at the Pembroke Pines Theatre on October 27 thru November 19, 2017. For all information including show times and the Italian Dinner and show on November 4th, call 954-437-4884. The theatre is located at 17195 Sheridan Street, Pembroke Pines,

Thirty Five years after the groundbreaking of the original production, the Stage Door Theatre is bringing the Tony Award winning “DreamGirls,” to Margate.

Three talented black singers and close friends, Deena, Lorell, and Effie began as a group called the Dreamettes. They gradually sharpen their act and rename themselves “The Dreams.” Little do they know of the hard, competitive world of show business when they enter a talent show held in New York’s Apollo Theatre.

Disappointed at their failure to win the contest, they attract the attention of a sly tongued talent agent named Curtis Taylor, Jr. Curtis is able to get the girls hired on a tour as a backup act to James Thunder Early, a rising pop singing star, and become widely acclaimed. At first Curtis falls in love with full-figured Effie who sparks the act and later, in an attempt to make the act more sultry, moves Deena into Effie’s lead spot.

But when Curtis’ love interest also switches to Deena, Effie erupts in a rage, prompted more by hurt than the loss of her singing slot,and announces that she is not going along anymore. Michelle is chosen to replace Effie, and the Dreams go on to achive international stardom and a string of chart-topping hits.

Just as the Dreams are falling apart, Effie’s star is rising as a solo act. Curtis tries to undermine her revitalized career by having the Dreams record her current hit song. But Effie out does him for both a personal and a professional triumph. It is announced that the Dreams will disband. However Effie joins them for the farewell performance, before the four dreamgirls go their separate ways.

As amazing as this show is, it’s rarely produced locally. Don’t miss the chance to see one of the most acclaimed shows in musical theatre history opening at the Broward Stage Door Theatre on November 3 through December 10, 2017, located at 8036 W. Sample Road, Margate, evenings at 8 p.m. and matinees 2 p.m. Tickets are $48 at the box office. For all other information call 954-344-7765.

THE DON AND ANN BROWN THEATRE IN

Set in the South at the turn of the twentieth century, The Little Foxes is the story of a ruthless family who love nothing more than money-perhaps nothing other than money, and will do anything to get rich, irrespective of the human cost.

A Chicago businessman offers to partner with them to build a cotton mill in their small town, a deal that will make them all wealthy. The Hubbard brothers, Benjamin and Oscar, are in, but Regina, with no rights as a woman in the old South, must get the money from her husband, Horace, who is a banker.

Horace, who is terminally ill, wants no part of the deal, having had enough of a family that cheats, resorts to “dirty tricks,”and makes its money off the back of cheap labor. But, Regina will not be denied, and she plots not just to get her fair share, but to get more than her fair share, regardless of who gets hurt along the way.

Hellman’s family on her mother’s side was wealthy, and her relatives served as models for the Hubbards. The Little Foxes, written by Lillian Hellman opened on Broadway in 1946. She also had a long career in Hollywood, with more than 30 credits to her name.

Opening October 20 through November 12, 2017 with evening performances Wednesdays and Thursdays at 7:30 p.m., Fridays and Saturdays at 8 p.m. except October 28th and select Saturdays and Sundays which start at 7p.m. Matinees at 2 p.m. Tickets are $75 with special priced preview tickets at $55. Opening nights are $90. Students pay $15, all available at the theatre’s box office located at 201 Clematis Street at downtown West Palm Beach. For all additional information call 561-835-9226

Carlos was born in Autlan de Navarro, Jalisco, Mexico. He learned to play the violin at age five and the guitar at age eight under the tutelage of his father, a mariachi musician. His younger brother, Jorge Santana, would also become a professional guitarist. Young Carlos was heavily influenced by Ritchie Valens and popular artists of the 1950s such as B.B.King, T-Bone Walker, and John Lee Hooker, at a time when there were very few Mexicans in American rock and pop music.

He soon joined local bands along the Tijuana Strip where he was able to begin adding his own unique touch to the 50s Rock ’n’ Roll. He was also introduced to a variety of new musical influences, including jazz and folk music, and witnessed the growing hippie movement centered in San Francisco in the 1960s.

In 1966 he formed the Santana Blues Band, shortened to “Santana” with former street musicians David Brown (bass-guitar), and Marcus Malone (percussion) and Greg Rolie (lead vocals). He was later signed to Columbia and released a series of hit albums with an Afro-Cuban and Latin Rock sound thanks to Carlos’ exquisite guitar playing.

Comic, actor, writer and producer Whitney Cummings may be best known for executive producing and co-producing and co-creating the Emmy Award nominated CBS comedy “2 Broke Girls” and writing, producing and starring in Whitney, which aired on NBC from 2011 to 2013. Her new book, “I’m, Fine..And other Lies,” includes all the stories and mistakes she’s made that she says are way too embarrassing to tell on stage in front of an audience until now.

Tickets are $44.50 which includes a copy of her book. Ticketmaster is the only official ticketing service of the Parker Playhouse and affiliated venues. Purchase online at www.ParkerPlayhouse.com, by phone at 954-462-0222, also available at the Playhouse box office Tuesday through Saturday from 12 Noon to 5 p.m. located at 707 N. E. Eighth Street, Fort Lauderdale.
​​
​ 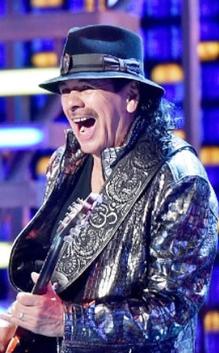 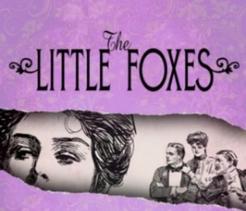 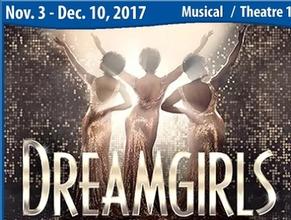 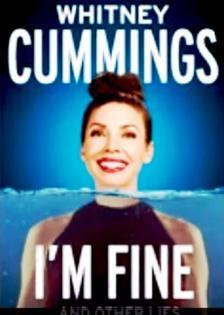 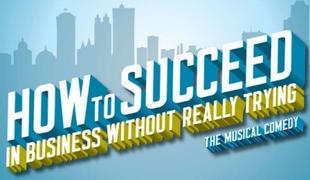