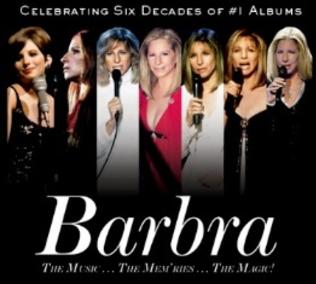 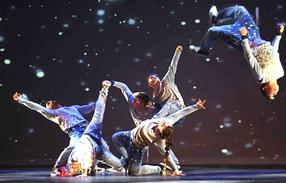 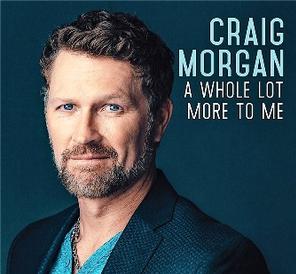 Tchaikovsky wrote the score for the 1892 ballet The Nutcracker, now an annual holiday program for many dance companies. Even if one has never seen a performance, chances are they have heard the music in the M&M commercials, local malls, The Nutcracker or in other various places. However, even the best timeless traditions require some changes.

That’s what choreographer Jennifer Weber and her co-creator Mike Fitelson had in mind when they premiered “The Hip Hop Nutcracker” last year in New York City.

The remaking of the more than 120 year old ballet, was geared to excite new audiences, by combining hip-hop dance against Tchaikovsky’s powerful music. According to Jennifer Weber, it’s visual, it's dance, it's storytelling.

In addition to the memorable sounds and images of  the original ballet, it still contains the mice, soldiers battling, snowflakes, the Drosselmeyer with his eyepatch and cape and original hip-hop musical interludes composed by DJ Boo.

The show is most beautiful and definitely drawing attention. Last year, alone, it  was performed before more than  3,000 people at the first performance and has sold out at other Theatres.

“A WHOLE LOT  MORE TO ME” TOUR


Patriotic military veteran Craig Morgan to perform with special guest Carter Winter on Sunday, December 4, 2016, at  8 p.m. Morgan was inducted as a member of the Grand Ole Opry in 2008 and received the invitation during his concert for US Troops at Fort Bragg in Fayetteville, North  Carolina, where he was stationed during his active duty in the U S Army’s 2nd Airborne Division.

In addition to his signature hits including “Bonfire,” “ Almost Home,” “Redneck Yacht Club,” “International Harvester,” “This Ole Boy,” “Wake Up Lovin’ You,” and the six-week number 1 smash hit, “That’s What I Love About Sunday,” Morgan will  perform his hit singles from his ninth album, “When I'm Gone,”and “I'll  Be Home Soon.” The Album “ A Whole Lot More To Me,” was released in June 2016.

THE MUSIC THE MEMORIES & THE MAGIC TO

Barbra  Streisand made history when she hit number one on the Billboard 200 album chart for the eleventh time, will bring her legendary live performance to Miami on December 3rd at the BB&T Center and December 5th, 2016, at  the American Airlines Arena, at 8 p.m.   If you've never caught Barbra live, in concert, now’s your chance to experience the out-of-this-world wonder that is simply Streisand.

Barbra will bring her legendary live performance to Miami, at the American Airlines Arena for her first  appearance in the Miami Beach area since her performance at the Cafe Pompeii in the Eden Roc Hotel in March 1963.

Streisand is the only recording artist or group to achieve number one albums in each of six decades.  The Music, The Memories, The Magic! features Barbra singing her hits from each decade as well as other favorites, including her  latest number one album "Encore: Movie Partners Sing Broadway," celebrating a career of unparalleled creative achievement.

To  purchase Tickets with special pricing, for December 5th, call 305-949-6722. Tickets are also available at the box office located at 1300 Biscayne Boulevard, Miami.