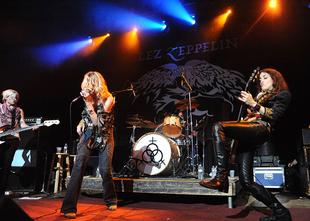 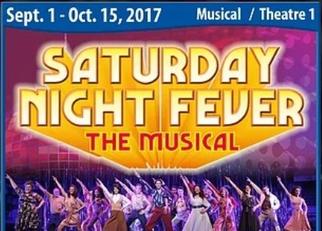 ON STAGE AT PARKER PLAYHOUSE

Lez Zeppelin an all-woman band gained worldwide critical acclaim for the musicianship, passion and gender-audacity they bring to the music of Led Zeppelin, makes its Parker Playhouse debut on Saturday August  26, 2017 at 8 p.m. Dubbed by Spin Magazine as “the most powerful all-female band in rock history," Lez  Zeppelin has toured throughout the United States, Europe and Japan. A recent set list by the band included Led Zeppelin hits “Whole Lotta Love,” “Stairway to Heaven,” “The Song Remains the Same,” and “Rock and Role.”

In June 2005, Spin Magazine featured Lez Zeppelin as a leading trend of all-female hard rock “tribute”  bands. The group was referred to as a “kind of multilayered cultural phenomenon.” The Times of London called the band “the best new band seen all year, and  CNN ran a front page feature that called the group  so “electrifying they are driving audiences to a frenzy.

Throughout  2008, the group continued to tour to promote the release of their debut record, and in 2010, the band returned to the studio to record a second album. In late 2007, the band consisted of Steph Paynes, Sarah McLellan on vocals, Helen Destroy on drums, and Lisa Brigantino on bass and keyboards. To date, the group now consists of Steph Paynes, Shannon Conley, Morgan Thomas and Leesa Harrington-Squyres.

Tickets are $35 for all seating. Purchase tickets now at Ticketmaster, on line at www.ParkerPlayhouse.com or call 954-462-0222. The Playhouse is located at 707 N.E. Eighth Street, Fort Lauderdale.

Steve Higgins & Friends , Embracing Romance offers an exciting collection of standards that speak to the music of the heart in the Amaturo Theatre on Sunday August 27, 2017 at 6 p.m. Higgins is an American writer, producer, announcer, actor and comedian. He currently serves as the announcer of The Tonight Show and as a writer and producer of Saturday Night Live.

The Jamaican tenor will also perform love songs from from his new release “All  For You,” in this concert.  In 2000 he played the inspirational AV teacher in the last episode of Freks and Greeks. He has been nominated for several Emmy Awards, including Outstanding Variety, Music or Comedy series and Outstanding Writing for a Variety, Music or Comedy Program in 2008. Since 2013 Higgins has been the voice for Mr. Awsome in the Hula original series The Awsomes.

Audiences will hear an exciting collection of standards and love songs from the new CD and be thrilled with the unforgettable and classy presentation All About Love. Tickets are $30 and $45 at the box office located at 201 S.W. Fifth Avenue, Fort Lauderdale.  For additional information call 954-462-0222.

Saturday  Night Fever is one of the most beloved dance stories of all time. It tells the coming-of-age tale of young Tony Manero who learns the value of life in the 1970's in Brooklyn, New York. Based on the 1977 movie starring John Travolta , Saturday Night Fever is packed with legendary hits from the Bee Gees, Barry, Robin and Maurice,  including  Stayin’ Alive,” “ Night Fever,” “Jive Talking,” “ You  Should Be Dancing,” and “How Deep Is Your Love,” in addition to several new songs written especially for this production. The show focuses on Tony, a Brooklyn youth whose weekend is spent at the local discotheque.

There he finds great satisfaction in admiring the crowd and a growing relationship with Stephanie Mangano, and can temporarily forget the realities of his life, including a dead-end job in a paint store and his gang of dead beat friends.

This musical adaptation celebrates the 40th anniversary of the 70's classic film and a  quintessential story of a talented streetwise kid who attempts to escape his dead-end life through dancing.

Show biz veteran Sal Richards known as “one of the funniest guys in show business." The Brooklyn native also was voted as the “Entertainment Industry’s Funniest Comic.”

Richard has been a mainstay in both Las Vegas and Atlantic City for years and also has appeared in several movies including “Out of Justice,” and “Rounders.” His television credits include “The Sopranos,” “Law & Order:CI.” and “Bachelor Life.” He believes “Laughter is The Best Medicine."

Sal’s sharp wit and excellent singing voice are always the main highlights of his shows. His style goes back to the golden age when entertainers had to be well-rounded and multi-talented.

Patrons have an amusing , classic performance to look forward to. Tickets are available at the Black Box office located at 8221 Glades Road, Boca Raton. For information call 561-483-9036. 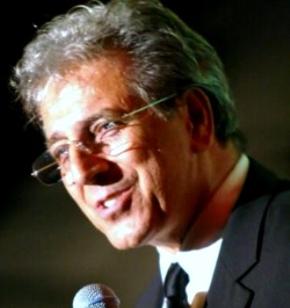 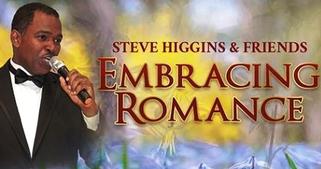