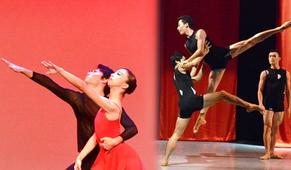 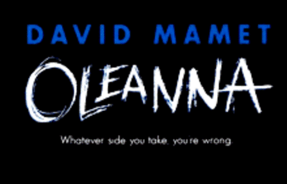 BY ROBERT SCHENKKAN “BUILDING THE WALL”

“Building The Wall,” was written immediately prior to the presidential election and inspired by then candidate Donald Trump and his anti-immigration campaign rhetoric, Building The Wall reveals a scenario of how campaign promises made law might lead to a terrifying, seemingly inconceivable, yet inevitable conclusion.

The drama is set in the very near future, after the election, as a Trump administration carries out its promise to round up and detain millions of immigrants, following a terrorist attack in Times Square.

With martial law declared and increased arrests by Homeland Security and ICE, (Immigration and Customs Enforcement), rapid expansions in the private detention system are quickly overwhelmed with detainees awaiting deportation to home countries refusing to accept them.

Rick (Gregg Weiner), a detention center supervisor abandoned by his supervisors as the situation deteriorates into chaos and death, is interviewed by Gloria (Karen Stephens), a historian, curious to understand his side of the story, while he awaits sentencing for carrying out the federal policy that escalated into the unimaginable.

This riveting, harrowing and illuminating drama delivers a powerful warning and puts a human face on the inhuman , revealing how the inconceivable becomes the inevitable when personal accountability is denied. However, his character Rick, is a Trump supporter. Schenkkan wanted to make sure he wasn’t one-dimensional.

"It’s all too easy to dismiss people you disagree with as foolish, or not having a grasp of the facts or being prejudiced or bigoted or whatever. That’s not helpful.” “It’s not actually true, necessarily, for everybody and it was very, very important for me in this play that the character of Rick not be a stereotype and not play into liberal or progressive stereotypes about what these people are like or what they want.

Robert Schenkkan, one of the country’s foremost playwrights, brings this powerful and compelling immigration story to South Florida audiences starting September 30, 2017 at 7:30 p.m. through October 8, 2017 in the Carnival Studio in the Ziff Ballet Opera House. Tickets are from $34 to $54 available at the Center’s box office located at 1300 Biscayne Blvd. Miami. For more information call 305-949-6722.

ITS  20TH ANNIVERSARY WITH AN EXCITING PROGRAM

Under the direction of Vladimir Issaev, the Arts Ballet Theatre of Florida will be opening the new season with Latin Bravura and an exciting repertoire.

In an effort to keep the audiences full of expectation, it will feature two new important works for the company, “Nuestros  Valses” by Venezuelan choreographer Vicente Nebrada.  Zane Wilson and Yanis Pikieris from the Nebrada Foundationare have staged this piece with Issaev’s amazing dancers.

This famous work, by the late Vincente Nebrada is one of his signature pieces. It has been performed by some of the most important international ballet companies in the U.S., South America and Europe.

Considered the most “Nebradian” piece by excellence, Nuestros Valses is a very demanding piece for the six couples interpreting it.

The wonderful music was composed by XIX century composers Ramon Delgado Palacios and Teresa Carreno, recreating the Venezuelan music to the Viennse style of the time. Nebrada was capable of creating a ballet with elements and movements expressing a determinant idiocrasy through a romantic, dramatic and passionate dance.

The second new piece “Viva Espana” is under  the entire responsibility of prolific creative Artistic Director Vladimir Issaev himself. With the exhilarating music of Massenet, based on the epic story of “El Cid,” Issaev brings to South Florida audiences a piece of pure bravura, Spanish style.

All company dancers involved in the ballet are the main inspiration of his creation as he takes advantage of the extraordinary skills of his dancers trained in the most demanding classical ballet technique.


JIMMY WILLIAMSON & HIS ALL STAR BAND

As a lead vocalist front man entertainer, Jimmy William-son has a very high energy show which features classic hits of jazz, pop, R&B and fusion. He creates magic with his soulful vocal style and ability to connect with top of the line vocals, stage presence , and showmanship. Jimmy’s charismatic shows will take you on a beautiful journey of his inner soul and creativity.

His All-Star band of musicians is one of the top performing bands in the country. The rhythm section consists of both internationally recognized touring and recording musicians who have been educated by ways of Berkley School of Music and the University of Miami.

Visit Gulfstream Park on September 29, 2017 for free live music on the second floor, in the Sport Of Kings Theatre, Hallandale Beach. For more  information call 954-454-7000.

A powerful and thought provoking two-character drama, Oleanna is a play about academic politics, student/teacher relationships, and sexual harassment. The play explores the power struggle between John, a university professor, and one of his female students, who accuses him of sexual exploitation and, by doing so, spoils his chances of being granted tenure.

The play’s title, taken from a folk song, refers to a 19th century escapist vision of “Utopia”. Who is right, and who is wrong? David Mamet’s play, Oleanna, asks this question, and leaves the audience searching for, and often even arguing about the answer.

Oleanna premiered in 1992, shortly after the infamous United States Supreme Court confirmation hearings of Clarence Thomas brought the term “sexual harassment into the national spotlight.” Grant explains, “The play deals with a female student and a male professor who are arguing over her grade in his class. 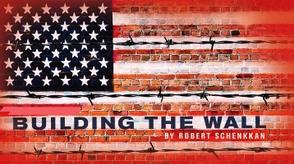 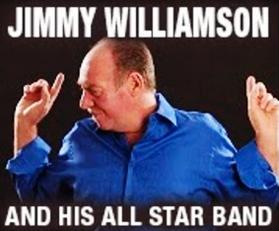