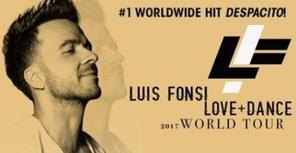 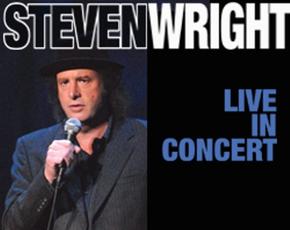 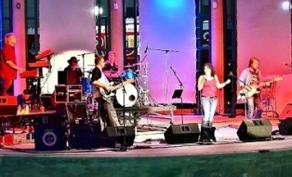 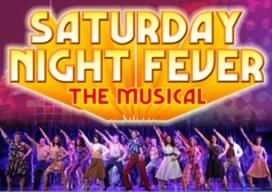 MR. NICE GUY IS BACK AT GULFSTREAM PARK

Each Friday evening 7 p.m to 11 p.m. Gulfstream Park provides the greatest entertainment for your pleasure at the Sport of King’s Theatre on the second floor. Due to popular demand, Friday’s Live Music Series has been extended through September 29, 2017 with free admission and parking.

On Friday September 22, 2017, Gulfstream Park welcomes back the ever so popular Mr. Nice Guy and the South Florida Rock Band. Put on your dancing shoes for two hours of the best music around.

Formed in 2002, Mr.Nice Guy has been one of the area's most popular classic rock groups, delivering high energy performances of some of the best music from the 60's,70's, and 80's. Pictures and bios do not tell the whole story of this band, you really have to see and hear them in person.

The band is led by Tom Hall, lead Guitarist, Keys and Vocals, and Dave Webster on Drums. In addition to a great list of classic rock cover songs, Mr. Nice Guy has original music as well. The band has recently been on tour, backing several major acts.

Wright was ranked as the twenty-third greatest comedian by Comedy Central in a list of the 100 greatest stand-up comics. He was awarded the Academy Award for Best Live Action Short Film for his 1988 short film “The Appointments of Dennis Jennings.”

He is an American Stand-up Comedian, actor, writer, and an Oscar-winning film producer. Steven is known for his distinctly lethargic voice and slow, deadpan delivery of ironic, philosophical and sometimes nonsense jokes.

In 1985 Wright’s comedy album was entitled “I Have A Pony,” released by Warner Bros. Records and received critical acclaim, in addition to a nomination for the Grammy Award for Best Comedy Album. The success of this album landed him an HBO special which he recorded as a live college concert performance, known as A Steven Wright Special.

His opening act for HBO was “Ding Ho.” The performance would become one of HBO’s longest running and most requested comedy specials, and would propel him to great success. In 2005 he was voted amongst the top 50 comedy acts by fellow comedians.


Saturday Night Fever caused a sensation when it debuted in movie theaters in 1977 and is one of the most beloved dance stories of all time. It tells coming‑of‑age tale of young Tony Manero who learns the value of life in the 1970's in Brooklyn, New York.

Based on the 1977 movie starring John Travolta, Saturday Night Fever is packed with legendary hits from the Bee Gees, Barry, Robin and Maurice, including Stayin’ Alive,” “ Night Fever,” “Jive Talking,” “ You Should Be Dancing,” and “How Deep Is Your Love,” in addition to several new songs written especially for this production.

The show focuses on Tony, a Brooklyn youth whose weekend is spent at the local discotheque. There he finds great satisfaction in admiring the crowd and a growing relationship with Stephanie Mangano, and can temporarily forget the realities of his life, including a dead‑end job in a paint store and his gang of dead beat friends.

This musical adaptation celebrates the 40th anniversary of the 70's classic film and a quintessential story of a talented streetwise kid who attempts to escape his dead‑end life through dancing. So, get on your boogie shoes and hustle on down to the hottest disco in town.

Luis Fonsi will be supporting his new single ‘Despacito with Daddy Yankee released on January 13, 2017 via Universal Music Latin Entertainment. The single reached number 1 on Billboard’s Hot 100 chart and has been certified 34x Platinum (Latin) by the RIAA (Latin). A remix featuring Justin Bieber was also released a few months later as well as a salsa version of featuring Victor Manuelle. Fonsi has released a total of eight studio albums since 1998 with his latest “8" that came out in 2014.

Luis is bringing his Love & Dance World Tour to the United States and will make a stop at the Hard Rock Live on September 22, 2017 at 8 p.m. after visiting cities like Los Angeles, San Antonio, Orlando, Atlanta and Brooklyn among others. This will be Fonsi’s first headlining tour in the U.S. since 2009's Palabras del Silencio Tour.