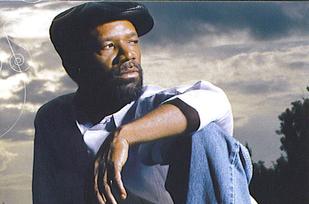 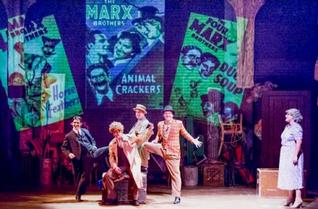 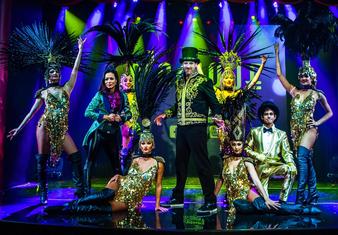 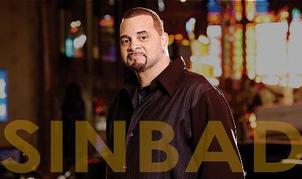 Known for his soulful smokey-sweet, bourbon-on-the-rocks vocals, Beres Hammond once again returns to the Broward Center’s Au-Rene Theatre on Sunday, August 6, 2017, at 7:30 p.m.

Considered by many to be Jamaica’s greatest singer-songwriter, Hammond received Grammy Award nominations for Music is Life and One Love, One Life. His many top hits include “Tempted to Touch,” “Double Trouble,” “Putting Up Resistance” and “Not Over Until It’s Done.”

Having an estimation of 25 albums to his name, Hammond was awarded the Order of Jamaica for his contribution to the nation’s music industry. Rolling  Stone Magazine noted , “A specialist in intimate love songs often told from the viewpoint of the blue-collar, common man, Hammond has been described as his country‘s Marvin Gaye, and also its Springsteen."

Often labeled the King of Lover’s Rock, Hammond’s rich and flavorful delivery has been compared to the passion of Sam Cooke and the gut-wrenching grit of Otis Redding. He also points to these Jamaican greats as major influences. Leroy Sibbles, lead singer for the Heptones, Ken Boothe and rock pioneer Alton Ellis.

Tickets are $35 to $125 available through Ticketmaster or the Center’s ticket office located at 201 S.W. Fifth Avenue, Fort Lauderdale. Purchase tickets on line at BrowardCenter.org. By phone at 954-462-0222.


MINNIE MARX AND HER BOYS THE MARX BROTHERS

Minnie’s Boys is the Broadway musical that captures the Jewish immigrant experience with warmth , love and laughter. Minnie’s absolute love and belief in her sons took them tenements of the lower East Side, and brought them into international stardom as the beloved Marx Brothers.

This is her story of triumph and her steadfast belief in the American Dream. It provides a behind-the- scenes look at the early days of the Marx Brothers and their relationship with their mother, the driving force behind their ultimate success.

The Broadway performance earned them the Theatre World Award and Drama Desk Award for Outstanding Performance in a Musical. The score’s one outstanding tune is “Mamma a Rainbow,” which was recorded by Steve Lawrence and Jim Nabors soon after the show opened.

Join Kevin & Caruso’s dazzling night of magic at the Faena Hotel on July 30, 2017 at 7 p.m. located at 3201 Collins Ave, Miami Beach. The talented illusionists will astonish audiences with their mind-bending acts along with glamorous handmade costumes and heart-pounding straight jacket escapes and a grand finale that will leave the audience breathless.

Joining Kevin & Caruso, on stage, will be Madame Houdini. Whose incredible aerial and athletic skills enable her to reinvent nearly-impossible stunts made famous by Houdini himself.

Known as one of Comedy Central’s 100 Greatest Standups of all time, Sinbad performs live on  stage at Parker Playhouse. The stage name adopted by David Adkins, came to prominence as a contestant on Star Search and has kept audiences laughing for more than three decades.

Throughout his incredible successful career as a standup comedian, Sinbad has starred in two Comedy Central specials and four HBO comedy specials.  In addition to his own TV shows, Sinbad has appeared on It’s Always Sunny in Philadelphia, The Redd Fox Show and A Different World. On film, he has been featured in leading roles in Jingle All The Way and Good Burger.