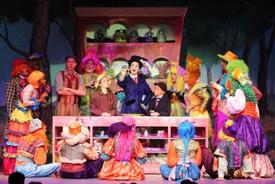 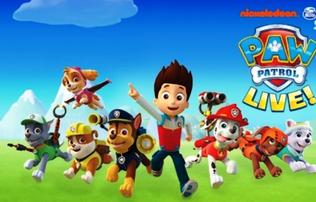 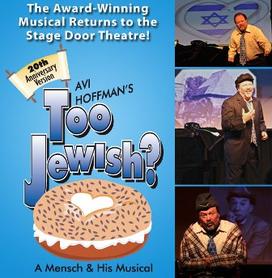 Combining Jewish tradition and contemporary culture, with his Cabaret Cozy and Bar Mitzvah-Likable musical revue, A Mensch & His Musical, Avi’s show also includes more than two dozen songs that range from Broadway show tunes to a medley of pop hits from Jewish icons including Bob Dylan, Paul Simon, and Billy Joel. Hoffman explains that “Too Jewish After All These Years- a Crazy Life in the Theatre,” will be presented at the Broward Stage Door Theatre as a vehicle for younger Jewish children to connect with a culture that they may not know exists, similar to the success that Jerry Seinfeld and Larry David have accomplished by weaving Jewish customs into modern day life.

Mary Poppins is a musical adventure based on the Mary Poppins children’s books and the classic Walt Disney film. It begins with Young Jane and Michael who have sent many nannies packing before Mary Poppins arrival on their doorstep. Using a combination of magic and common sense, she must teach the family how to value each other again.

Mary Poppins is an enchanting mixture of an irresistible story, unforgettable songs, breathtaking dance routines and astonishing stagecraft. Audiences of all ages will enjoy the beloved songs such as Chim Chim Cheree, A Spoonful of Sugar, and Supercalifragilisticexpialidocious.

Cast members are Chris Duir as Bert and Melissa Whitworth as Mary Poppins in addition to other very talented performers. Showtimes vary depending on dinner tickets, now on sale at the box office located at 1380 Colonial Boulevard, Fort Myers. Call 239-278-4422 or visit online at www.broadwaypalm.com.

This Tony, Oscar and Grammy Award-winning classic follows the rise and fall of a 1960's girl’s singing group and the triumphs and tribulations that come with fame and fortune.

Set in the Motown era that brought us such electrifying voices as Aretha Franklin and Diana Ross, Dreamgirls are dynamite on the stage with legendary songs including such hits as “One Night Only,” “I Am Changing,” and the act-one powerhouse ballad, “And I Am Telling You I’m Not Going.”

Dreamgirls originated in Detroit, in the mid-1960's known as The Dreamettes, a black girl singing group who were struggling to make a name for themselves. They are approached by a sneezy car salesman who wants to manage them in order to break into the music business.

The girls reluctantly accept the offer knowing what his terms are. They have to decide what to do and to whom their loyalties lie as they try to make it to the top. Their views keep changing over a period of time with the onset of the 70's and the change of mainstream musical tastes to disco.

Chase, Marshall, Rubble and the rest of the “Paw Patrol” gang are headed to the Broward Center for an all new pirate-themed show. The pups will need all paws on deck as they take on “The Great Pirate Adventure” during two new productions of “Paw Patrol Live.” July 22 and 23, 2017 at 10 a.m. and 2 p.m., in the Au-Rene Theatre at Broward Center.

“Paw Patrol Live,” based on Nickelodeon’s popular pre-school series, brings the animated puppies to life in a stage performance full of singing, dancing and fun.

The story follows a boy named Ryder, who leads a pack of rescue dogs called the Paw Patrol to protect the Adventure Bay community. When they find a secret pirate treasure map, it’s Paw Patrol to the rescue as they set out to find the treasure for Mayor Goodway’s big Pirate Day celebration before Mayor Humdinger of Foggy Bottom can find it first. 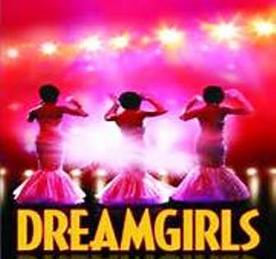