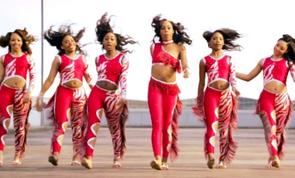 The play, a political comedy, focuses on trendy Manhattan art gallery owners Barbara and David Kahn. Their tranquil life is greatly upset when Barbara’s nerdy sister Trudy brings their eccentric mother Sophie to the Kahn’s doorstep, while she and her uptight husband Martin are off to Buffalo to try save their sexually precocious daughter, a college student, from a ménage a trois with two men, and the horrors of living only for sex.

Their purpose was to introduce Sophie to the artist Maurice Koenig, who wants to paint her portrait which changes her life like nothing she has experienced in all her young years.

The comedy really begins when the mother, who is the artist’s best client, hits it off with the elderly artist.

Just when you believe you were never going to laugh again, along comes Social Security and you find yourself giggling and laughing out loud.

Straight out of the Dollhouse Dance Factory, Miss D’s top girls as they high kick, shake and flip, will be featured in the Au-Rene Theatre at Broward Center on Saturday, July 1, 2017 at 8 p.m., bringing the hottest show-stopping routines with all the bucking, hair flips and death drops audiences can handle. The Dancing Dolls pull out all the stops in this spectacular event, created just in time, for their super fans.

Just one year ago the elite world of hip-hop majorette competition was brought to the main stage with an inimitable energy that took the country by storm.

Audiences across the nation were enamored by the fierce, original, high-octane performance that brought motivation, inspiration and formation. With hotter-than-ever, never-before-seen performances for the 2017 tour, there has never been a better time to bring Miss D and her Dancing Dolls, the stars of Lifetime’s hit series “Bring It!” to South Florida.

The multi-award-winning international sensation, Slava’s Snow Show, which has delighted and thrilled audiences in more than 80 cities around the globe including New York, Los Angeles, Paris, Rome, Hong Kong, Rio de Janeiro, and Moscow, is now on stage at the Arsht Center through August 6, 2017.

The show, a cross between Cirque du Soleil and the Blue Man Group, is an entertainment phenomenon that takes the audience on an alluring 90 minute journey that is pure magic, an evening of enchantment and fun!

Slava's Snow Show culminates in a blizzard that puts the audience firmly at the center of the action leaving everyone literally knee deep in snow.

Minnie’s Boys is the Broadway musical that captures the Jewish immigrant experience with warmth and laughter. Minnie’s absolute love and belief in her sons took them from tenements of the lower East Side, and brought them into international stardom as the beloved Marx Brothers.

This is her story of triumph, and her steadfast belief in the American Dream. It provides a behind-the-scenes look at the early days of the Marx Brothers and their relationship with their mother, the driving force behind their ultimate success.

The Broadway performance earned the Theatre World Award and Drama Desk Award for Outstanding Performance in a Musical. The score’s one standout tune is “Mamma a Rainbow,” which was recorded by Steve Lawrence and Jim Nabors soon after the show opened. The song was ironically, sung by "Adolph Harpo Marx,” whose screen and stage persona was always silent. The musical includes almost twenty original songs. 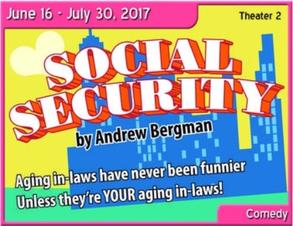 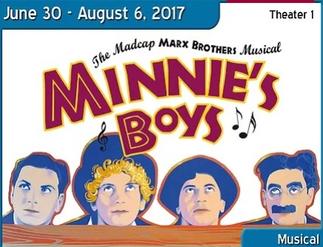 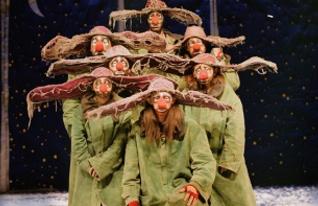