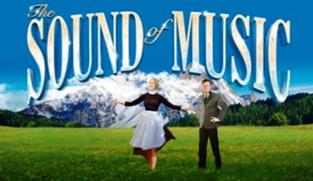 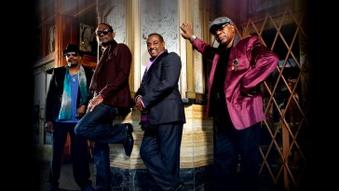 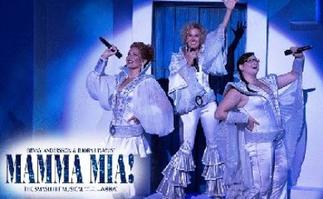 KOOL AND THE GANG 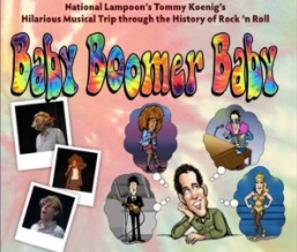 TOMMY KOENIG RETURNS TO FLORIDA WITH HIS

Tommy Koenig was voted “ Best New Comic” in 1980. The multi-faceted comedian, actor, writer, and teacher began his career in such venues as Dangerfield’s, The Copacabana, and The Playboy Club, where he opened for Jazz greats like Lionel Hampton and Damita Jo.

He also appeared frequently on stand-up comedy shows from London to Los Angeles . He has guest starred on Miami Vice and was part of Mel Brooks’ cast of Robin Hood-Men in Tights and Dracula-Dead and Loving It.

During the show, Koenig channels dozens of well-known original songs, characters, parodies of everyone from The Beatles and Lady Gaga, to impressions of Billy Joel, Willie Nelson, Tina Turner, Bruce Springsteen, The Bee Gees, and The Eagles, among many others.

The Hills Are Alive With “The Sound of Music,” with songs they have sung for a thousand years... and now they come alive at the Parker Playhouse on May 19 through the 20,  2017.

Presented by The Astrid Audet Academy of Ballet, the story tells the history of the Georg Von Trapp family who lived in a villa in Aigen, a suburb of Salzburg. Upon the death of his wife, Georg Von Trapp wrote to the Nonnberg Abbey asking for a nun to help tutor his sick young daughter. The Mother Abbess sent  Maria who became the governess to all seven of his children.

Maria and the Captain disagree intensely on how the children are brought up, but he must leave them to her care as he is obligated to serve a commission in the war against the Nazis. Meanwhile, Maria has taught the children to sing and they all sing at the Festival concert.

Later, the Captain consults Maria, with whom he has fallen in love, and decides they must secretly flee Austria. When the Nazis start a search, the Von Trapps and Maria flee over the Alps as the nuns sing “Climb  Every  Mountain.”  Other beautiful songs in the show are, "My Favorite Things,” “Sixteen Going on Seventeen,” "So Long, Farewell,” “Do, Re, Me,” and much more.

MAMMA MIA THE HIT MUSICAL BASED ON

THE SONGS OF ABBA

On the Greek Island of Kalokairi, 20 year old Sophie is preparing to marry her fiancé, Sky. She wants her father to walk her down the aisle, but does not know who he is. Sophie discovers her mother’s old diary and finds entries which describe intimate dates with three men, Sam Carmichael, Bill Austin and Harry Bright.

Sophie believes one of these men is her father and, three months prior to the wedding, sends each an invitation to her wedding, writing in  the name of her mother, Donna, without telling the unsuspecting mother.

The day before the wedding, Donna begins receiving guests at her tavern. The first to arrive are her old friends. The three women catch up and talk about how their lives used to be and how they’ve changed. Later that day, Sophie’s three possible fathers arrive. Donna is very surprised to see her ex-lovers and leaves in tears.

Sophie has convinced them not to tell Donna she invited them.  Sophie had hoped she would know her father the moment she saw him, but is only more confused. She suddenly calls a halt to the wedding as she is not ready to get married to Sky.

Many things have suddenly changed and many unexpected surprises have taken place. One just has to see the show for all the answers, that turn out very well for all, in addition to some very beautiful music.

There’s a party going on and “Kool & The Gang” delivers a night of song, celebration and good times on Saturday, May 27, 2017 at 8 p.m. at the Pembroke Pines City Center located at 601 City Center Way, Pembroke Pines.

Kool & The Gang has performed continuously for more than 45 years, longer than any R & B group in history with its bulletproof funk and tough, jazzy arrangements.

It has also been a major musical influence as the group’s incredible catalog of grooves became DJ’s favorites, only second to R & B icon James Brown as sources of rap-music samples, after hip-hop exploded in the 90's.