THE KING AND I

SOMETHING WONDERFUL IS HAPPENING AT

One of Rodgers and Hammerstein's finest works, The King And I, boasts a score which features such beloved classics as "Getting To Know You," "I Whistle a Happy Tune," "Hello Young Lovers," "Shall We Dance," and "Something Wonderful."

Set during the 1860's Bangok, the musical tells the story of the unconventional and tempestuous relationship that develops between the King of Siam and Anna Leonowens, a British school teacher (Laura Michelle Kelly) and Jose Llana (King of Siam) whom the modernist King, in an imperialistic world, brings to Siam to teach his many wives and children.

Laura Michelle has one of the best voices. Her work on Finding Neverland and Mary Poppins, showed her natural grace in both of these shows. She is an exquisite Anna Leonowens.

The production played 538 performances on Broadway and still is one of audiences’ most favorite musicals for the entire family. Arriving at the Ziff Ballet Opera House, on May 9 to 14, 2017, located at 1300 Biscayne Blvd. Miami. Tickets are now on sale at the box office starting at only $29. Purchase tickets by calling 305-949-6722 or visit online at arshtcenter.org.

Beginning in the late 1800's with a crusading committee known as the Watch and Ward Society, Boston became known as a place where it paid to watch one’s moral “P’s and Q’s. The Society was against what they regarded as offensive literature and entertainment ranging from Voltaire to Walt Whitman and the phrase “Banned in Boston,” became so familiar that savvy publishers began using it as a marketing tool.

All of that makes the history of Giuseppe Verdi’s once controversial opera, Un Ballo in Maschera (A Masked Ball), seem more than a bit ironic.

Verdi composed the opera in the late 1850's which was based on the real life assassination of King Gustavus lll of Sweden, in 1792 and the opera was prepared for its premiere in Naples. But the censors frowned on the idea of a king being assassinated in his own court.

They also objected to and took a dim view of Verdi’s major addition to the story, of an aggrieved husband who finds his wife alone with the King, in a compromising position.

So, in order to get the opera on the stage, Verdi had to decide to keep the story, but change the setting, including a few other changes, and a move to Boston, where illicit love and murder were perfectly acceptable.

Right off the bat-there’s a conflict. One group praises him, and one denounces him. Yet, he has a more personal problem. Riccardo is secretly in love with his closest friend’s wife, Amelia, and they continue to meet secretly, very often. Suddenly, Riccardo is shot and as he dying, he feels it is necessary to pardon all his conspirators, and says a last farewell to his people. This rich theatrical tapestry is woven of illicit love, a fortune-teller, a masked ball, and many vows of vengeance.

The multiple Tony Award-Winning musical “Nine,” will run through June 11, 2017, in theatre number 1.  Based on Federico Fellini’s Academy Award-winning film 8 1/2, Nine focuses on celebrated film director Guido Contini, who is dealing with a mid-life crisis, numerous faltering relationships, including a failing marriage, and his increasingly futile attempts to come up with a plot for his next movie after a number of box office flops.

“Nine” was originally created and written by Maury Yeston as a class project in Lehman Engel’s iconic film, and was intrigued by its themes.  Nine has a soaring score and the source of material is Fellini’s autobiographical film 8 1/2. It is a fascinating look at one man’s retrospective journey through his life, career, the women he loved, loves, and hopes to love again.

Nine will star Paul O’ Donnell as the troubled Guido and  Elizabeth Sackett playing his wife, Luisa. Tickets are $38 to $42 at the box office located at 8036 W. Sample Road, Margate.  Showtimes are Wednesday, Saturday, and Sunday at 2 p.m., Friday and  Saturday at 8 p.m. For all additional information call 954-344-7765.

Broken Snow follows the lives of two strangers who are bound together by a single mystery, and memories which cause them to question everything they ever believed in and about who they are. An unforgettable drama featuring Avi Hoffman, Nicholas Richberg and Daniel LL James. The play takes the stage at the JCC’S Cultural Arts Theatre in North Miami Beach.

Meet the cast of Broken Snow which will be the first JCAT professional production, featuring Avi Hoffman who was recently inducted into the Bronx Jewish Hall of Fame and was nominated for a NY Drama Desk Award for his Yiddish language portrayal of Willy Loman in “Death of a Salesman”.

He was invited to the Vatican to meet Pope Francis. He is known as well for award winning PBS one-man shows, “Too Jewish” and other specials.  He received the La Ovation award for Best Actor in a Musical. On TV. he was featured as Sid Raskin in the Starz TV series “Magic City,” and so much more. He has performed all over the world, receiving numerous credits and multiple awards.

Nicholas Richberg is the recipient of the Carbonell Award for best Actor in the play “Peter & the Star Catcher.”  He has appeared recently in Harold Pinter’s “The Caretaker.”  Later this year he will star as Tennessee Williams in the World Premiere of “Billy & Me.”

Daniel LLaca James is a South Florida native, who is thrilled to be a part of this exciting time with JCAT. Some of his favorite theatre credits include “A Street Car Named Desire,” “Betrayal,” & “You’re A Good Man Charlie Brown.” 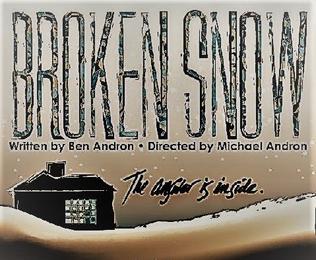 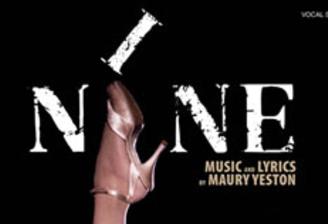 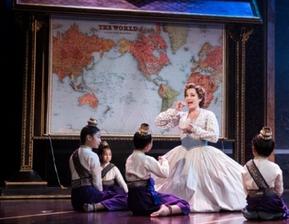