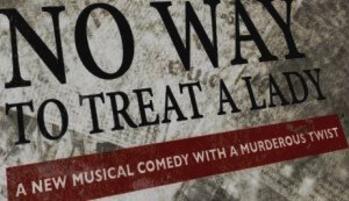 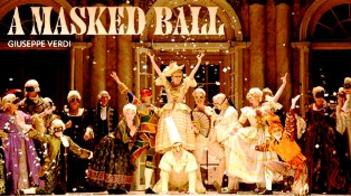 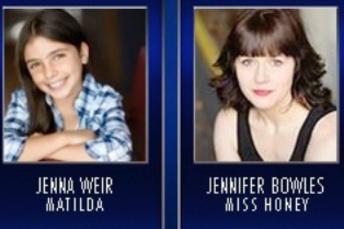 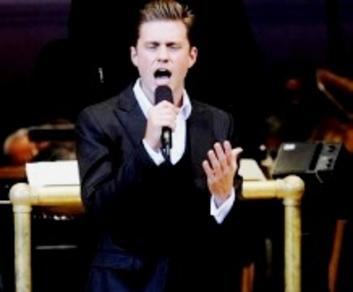 MATILDA THE MUSICAL OPENS AT

THE BROWARD CENTER FOR A LIMITED TWO WEEKS

Based on the beloved novel by Roald Dahl, Matilda continues to thrill sold-out audiences of all ages wherever it’s been performed. Matilda is Winner of fifty international awards, including four Tony Awards and seven Olivier Awards, including Best New Musical.

Matilda is a precious 5- year-old, bright little girl who loves reading and immerses herself in books in order to overcome obstacles caused by her family and school. She is ignored by her dim-witted parents. Her father insists on calling her a boy and harps on her stupidity for preferring reading to watching the television-and ignoring her hostile headmistress, the outrageous and wicked Miss Trunchbull.

Reclusive, but with an ever-growing alertness and with a caring protector in her teacher, Miss Honey, Matilda dreams of a better life, daring to a stand up against all unjust forces and to grasp her destiny in her own, tiny hands.

The main characters are Jenna Weir as Matilda Wormwood and Jennifer Bowles as Miss Honey. Tickets for the number one show of the year opening April 25 through May 7, 2017 start at $35 and will be available at the Broward Center’s box office located at 201 S. W. Fifth Avenue, Fort Lauderdale. For reservations and information call 954-462-0222, or visit online at browardcenter.org. Groups of 10 or more call 954-660-6307.

THE POPULAR MUSICAL “NO WAY TO TREAT A LADY”

Due to an overwhelming demand, the Broward Stage Door Theatre has agreed to extend the dark comedic musical, now on stage to run through May 28, 2017 in theatre number 2. This dark comedy is a blend of devilish humor, romance, murder and music.

The play features a publicity crazed actor turned serial killer, and the detective who pursues him. Actor Christopher “Kit” Gill, and detective Morris Brummell have a lot in common. Both dream of being headliners in the New York Times, and both are contending with difficult and overbearing mothers.

Morris shares an apartment with his mother, Flora Brummell, while Kits's mother, Alexandra, a recently deceased theatrical star, continues to haunt him. To make a name for himself, Kit poses as Father Barry Fitzgerald and pays a visit to Mrs. Sullivan, whose husband recently passed away. He eases her suffering by offering mundane lies and strangling her to death.

His final coup de gras is placing a red lipstick kiss on her forehead. Morris gets assigned to the case but all the clues he finds lead nowhere. After many trials and tribulations and extremely suspenseful moments, all’s well that ends well. 20 musical numbers such as “Front Page News,” “I Need a Life,” & “Crime Scene,” are included.

“A MASKED BALL” TO THE ZIFF OPERA HOUSE

Beginning  In the late 1800's with a crusading committee known as the Watch and Ward Society, Boston became known as a place where it paid to watch one’s moral “P’s and Q’s.” The Society was against what they regarded as offensive literature and entertainment, ranging from Voltaire to Walt Whitman, and the phrase “Banned in Boston,” became so familiar that savvy publishers began using it as a marketing tool.

All of that makes the history of Giuseppe  Verdi’s once- controversial opera,Un Ballo in Maschera (A Masked Ball) seem more than a little bit ironic.

Verdi composed the opera in the late 1850's which was based on the real-life assassination of King Gustavus III of Sweden, in 1792, and the opera was prepared for its premiere in Naples. But the censors frowned on the idea of a  king being assassinated in his own court.

They also  objected to and took a dim view of Verdi’s major addition to the story: an aggrieved husband who finds his wife alone with the King, in a compromising position. So, in order to get the opera on the stage, Verdi had to decide to keep the story but change the setting, including a few other changes, and a  move to Boston, where apparently illicit love and murder were perfectly acceptable.

The gist of the opera begins in the residence of Riccardo, the Governor of Boston. Right off the bat there’s a conflict. One group praises him and one denounces him. Yet he has a more personal problem. Riccardo  is secretly in love with his closest friend’s wife Amelia, and they continue to meet secretly, very often. Suddenly, Riccardo is shot and as he is dying, he feels it is necessary to  pardon all his conspirators, and says a last farewell to his people.

Aaron Kyle Tveit is known for originating the roles of Gabe in “Next to Normal,” and Frank Abagnale Jr. in the stage version of “Catch Me If You Can,” on Broadway, his portrayal of “Enjolras,” in  the film  adaptation of “Les Miserables, as Mike Warren on the USA network's series Graceland, and as Danny Zuko in Grease Live, as well as many others.

He left Ithaca College when he was 20 to join the national tour of “Rent” as Steve. Following “Rent,” he was cast as Link Larkin in the first national tour of “Hairspray.” In 2009, he was awarded the Helen Hayes Award for Outstanding Supporting Performer, in addition to the Outer Critics award for outstanding Actor in a Musical and the Fred Astaire for Best Male Dancer on Broadway.

Tveit has several concerts scheduled for February through March, 2017, in cities throughout the United States, including New York, Rhode Island, Pennsylvania, Florida and California.