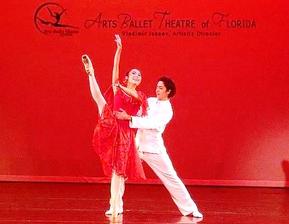 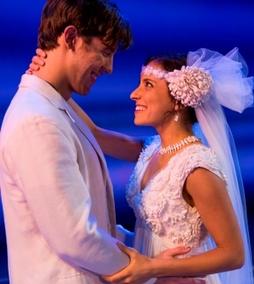 Arts Ballet Theatre of Florida closes its 2016-2017 season with a Spring Gala Ballet that includes a performance that, without a doubt, will crown the conclusion of another season of triumphs where Issaev will put on stage pieces of classic and neo-classic repertoires that only high caliber dancers can execute.

On this occasion the selection includes Pas de Deux works and some neo-pieces that are originals of the company’s Artistic Director. As an innovative element this year, the Gala will also rely on the participation of international choreographers and dancers who are invited especially to summit the end of the 2017 season.

The Arts Ballet of Florida invites you to be part of their exciting and breathtaking season. The company will be expanding its performances to the Jackie Gleason Theatre., Miami Beach and the Julius Littman Theatre, North Miami Beach.

TO BE FEATURED AT LEADING LADIES LUNCHEON

Aelita, also known as “The Queen of Cabaret,” is the most professional recording artist and celebrated chanteuse performing today. She has just completed a week’s concert tour in Israel, singing in sixteen different languages, and has been acclaimed to be “The Best Big Band Vocalist,” who really sings from the very heart and soul at every performance.

She has shared the stage with some of the most well-known celebrities such as Lionel Hampton, Barry Manilow, Sara Vaughn, Henry Kissinger and many more. Her skill, charm, warmth and stage presence will dazzle any audience making her a rare unique talent that must be seen.

Make plans now to attend this wonderful luncheon and musical event, given by the Leading Ladies on May 17, 2017 to be held at the Newport Beach Resort and Hotel located at    16701 Collins Avenue, Sunny Isles. This is a complimentary event given in honor of all Paid up Members of the Leading Ladies. The organization is a proud sponsor of the Miami Transplant Institute, partnering with the University of Miami Miller School of Medicine and Jackson Health Organization.

The smash hit musical based on the songs of Abba opens at the Broward Center on May 19, to 21, 2017.  Ever since their breakthrough with ‘Waterloo” back in 1974, Abba’s music has captured the hearts of people all over the world. Today, the songs they created, expertly written and produced by Benny Andersson and Bjorn Ulvaeus, are interpreted vocally with passion and commitment.

Today, ABBA is regarded as one of the all-time classic pop acts, acknowledged by their 2010 induction into the Rock And Roll Hall Of Fame.

Mama Mia is the ultimate feel-good show that has audiences coming back again and again to relive the thrill. Now it’s your turn to have the time of your life at this smash hit musical that combines ABBA’s greatest hits including “Dancing Queen,” “Take a Chance On Me,” “The Winner Takes All,” “ Super Trooper,” “Gimme, Gimme, Gimme,”  “ Knowing Me, Knowing You,” and so many more.

“A TOAST TO MOM” AT HARD ROCK LIVE

Charlie Wilson is an American soul singer from Oklahoma, formerly the lead vocalist of The Gap Band formed with his two brothers. The group went on to a successful career for more than four decades, with their infectious band of upbeat funk and was a constant feature on the American music scene.

Wilson began a solo career alongside The Gap Band, with his 2000 record “Bridging The Gap” reaching number 30 in the U.S. R&B charts, featuring guest appearances from Snoop Dogg and Nate Dogg.

This hit album was followed by Wilson signing with the Jive record company for the release of “Charlie, Last Name Wilson” in 2005 achieving greater success, reaching number 10 in the US charts. The album went on to be certified Gold. He has received a number of accolades in his solo career and has been highly influential in the R&B and Hip-Hop world, influencing the likes of Kanye West, Justin Timberlake and R. Kelly.

Special guest star, Fantasia Taylor, known professionally only by Fantasia, is an American R&B singer, songwriter and actress. She rose to fame as the winner of the third season of the reality television series American Idol in 2004. Following her victory, she released her debut single, “I Believe,” which debuted at number one on the Billboard Hot 100.

Since then, she has released her debut album, “Free Yourself,” which went on to be certified Platinum by the RIAA and was awarded three Grammy nominations. 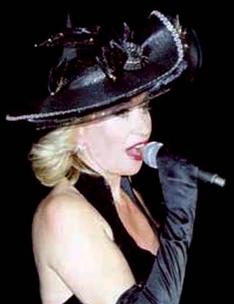 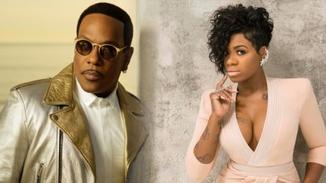