The daughter of TV royalty Lucille Ball and Desi Arnaz will perform a fiery, explosive and heartfelt musical tribute to the rhythm of her roots and a love note to her father. Latin Roots is an electric Latin American mix in English and Spanish that sizzles with sophistication and sassy spice to songs from Cole Porter, Irving Berlin, Johnny Mercer, and of course, Desi Arnaz as well.

Lucie was born and raised in Los Angeles but lived in New York City when she was 10 years old, along with her brother Desi Arnaz Jr.  Her acting debut started with walk-on-roles in her mother’s television series The Lucie Show. She continued to participate in her mother’s TV series “Here’s Lucy,” from 1968 to 1974 and played Kim Carter, the daughter of Lucy Carter who was played by Arnaz’s real-life mother, Lucille Ball.

In 1978, she appeared in an episode of Fantasy Island, as a woman who was desperately trying to save her marriage. Other shows in which she continued to appear were “Murder, She Wrote,” “Sons and Daughters,” and “Law and Order.” She won an Emmy Award for Outstanding Informational Special, in 1993 for her documentary about her parents, Lucy and Desi. She has numerous other theatre credits, both in the United States and abroad.

A WIENER BASH PLUS THE GUESS WHO, WAR & FOGHAT

What if I told you about the best Wiener Bash in South Florida, featuring more than 15 Restaurants and Food Trucks,  serving Hot Dogs, Sausages, Desserts and unlimited Soft Drinks, with a winner that is chosen by you? And, your ticket price includes generous  samples from  all the competitors  mentioned and their items, in addition  to a fantastic concert by Foghat, War and The  Guess Who Bands  from 5 to 9 p.m.

This will be one of the most fun concerts performed that takes place on November 12, 2016 at the Magic City Amphitheater located at 450 N. W. 37th Avenue, Miami.

The Guess Who, a Canadian group, without a doubt, are known world-wide  as one of the most popular funk groups with hits such as  “American Woman,” “ No Sugar Tonight,” “Those Eyes,” and  “No Time.”

War, one of the most popular funk groups of the 1970's will also be hitting the stage and  have you singing along with their hits “Low Rider,” “Why Can’t We Be Friends,” and “The World Is A Ghetto.”

The current members of the band  consist of  Derek Sharp, Will Evankovich,  Leonard Shaw, Jim Kale, and Gary Peterson.  Foghat is an English rock band formed in London in 1971. The band is known for its prominent use of electric slide guitar in its music. Their hits include “Show Ride,” “I Just Want To Make Love To You,” “ Fool For The City,” and “Drivin’ Wheel.”

THE ALUMINUM GROUP BRINGS ITS

SPECTACULAR  SHOW TO THE BROWARD CENTER

The Aluminum show is a fascinating show that has seldom been seen before. Aluminum pipes come to life right before your eyes, transforming into imaginary, mysterious, and playful characters in this story of one man’s incredible journey to a close universe and a futuristic planet made entirely of aluminum.

Using special effects, music and acrobatic dance, the Aluminum Show’s whimsical use of metal offers unalloyed pleasure as inanimate objects are brought to surreal life in this hypnotically ingenious performance that is suitable for all ages and languages.

With five albums to his credit, Chris Young has earned eight number one singles, and fourteen Gold-Platinum awards and has performed in many countries around the world. Chris is a dynamic performer who always plays to a sell-out audience with his hits   “Gettin’ You Home,” "Voices,”  “Tomorrow,”  “I'm  Comin’ Over,” and his latest hit in 2015, “Think of You,” as a duet with Cassadee Pope. He is also a talented songwriter and is known for his baritone voice and  sentimental ballads.

Dustin Lynch is well known for his country music and ability, helping to make him such a very successful performer. His album’s number 1 single, in 2015, a duet with Cassadee Pope, hit the Billboard Music Award Charts as a top country song and  sold more than 3 million copies in 2015.

Cassadee Pope became a country singer at a very young age. Her first success was as lead vocalist for the  punk-rock group,”Hey Monday, ” when she decided  to pursue her own solo career. She is an American songwriter from Florida, and known as the first female winner of American Television Show, The Voice. 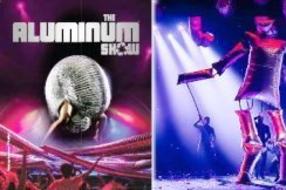 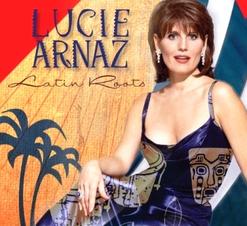