The Rothschilds, the most famous rags to riches story, is a testament to family, dignity, honor, inclusive of endless tenacity, shrewdness, resourcefulness and ambition. Mayer Rothschild and his five sons struggle to overcome prejudice as they build a family banking business, taking them from the Jewish ghetto to the courts of the rich and powerful. The musical was originally based on the achievements of the Rothschilds' family as depicted in Frederick Morton’s book, “The Rothschilds”

In Frankfurt, Germany, in 1772, Jews were restricted in their movements and frequently the victims of violence. At night they were confined to the Frankfurt Ghetto. When Mayer Rothschild returned from Hanover, where he was an apprentice banker, enabling him to make his fortune in his home town, he wanted to marry his sweetheart. Because of a ruling that forbade more than a total of only twelve Jewish marriages in any year, he was forced to come up with a plan in order to marry his fiancé Gutele.

By enticing Prince William Hesse with tales of such interests as rare coins, he was able to convince the prince to allow his marriage to Gutele. She later bore him five sons who entered his business as soon as they became old enough. The sons became very successful, as years went by, lending money to countries to help lift restrictions on Jews. Son Nathan falls in love with Hannah Cohen,  known as the “Jewish Joan of Arc,” due to all her charitable work.

The show includes as many as 19 different songs, going beyond great quality, and can be enjoyed by all audiences. Now on stage through October 16, 2016, in theatre number one, Wednesday to Sunday evenings at 8 p.m. matinees 2 p.m. Tickets are $38 to $42 at the box office located at 8036 West Sample Road, Margate. For all additional Information call 954-344-7765.

Silverman most recently was seen in The Lonely Island’s “Popstar, Never Stop Never Stopping” and will next be seen in “The book of Henry,” set for release later this year.

Silverman also continues to lend her voice to Emmy -nominated Fox animated series “Bob’s Burgers “and has a recurring role on the Golden Globe-nominated Showtime series “Masters of Sex,” which will return for its fourth season this year. In addition she will be part of “Jash,” a comedy collective on YouTube, featuring original content by Silverman and friends Michael Cera, Tim and Eric, and Reggie Watts.

She was recently the star of “I Smile Back,” the film adaptation of the Amy Koppelman novel. The drama premiered at the 2015 Sundance Film Festival and was released in Theaters by Broad Green Pictures.

In addition she received much praise for her outstanding performance as Laney Brooks, culminating in a 2016 Screen Actor’s Guild Award nomination for Outstanding Performance by a Female Actor in a Leading Role plus additional film credits for “Ashby,” “The School of Rock,” and many others. Tickets are now on sale for this award winning show from  $40 to $70 at www.ticketmaster.com or by phone at 1-800-745-3000. Doors open one hour before showtime and parking is free.

Humberto wants to show South Floridians that tango goes beyond tight dresses, red roses and provocative steps. His new production, debuting October 22, 2016, at 8 p.m. at the Aventura Cultural Center, will feature tango through poetry, visual arts and music. Tango didn't begin with the dance, Tango begins with music, and then, after the music,  they create the lyrics, and only then comes the dancing. In the show, Fortuna, who is from Argentina, will sing in Spanish, tango songs that were written from the 1930's to 1980's.

Lyrics will be displayed on a screen and translated to English. The screen will also show animation, poems, paintings, film and photography, all inspired by tango or Buenos Aires. Throughout the show, two dancers will go through different styles of tango, from its popular origins to the elaborate ballroom technique.

The story begins when the Traveler, played by Fortuna leaves Buenos Aires searching for love. He comes across a woman dancing tango, and she becomes his obsession. There’s no dialogue. The lyrics tell the story. Fortuna says, “Once you understand the lyrics, it will touch your heart,” and it will also show how these lyrics written so many years ago, are still current today. The Traveler struggles to grab the attention of the woman, who dances with another man. His obsession leads him to drinking, loneliness and depression. The character role of the female is to present a woman who is very independent, and quite secure about herself. Tango takes a step forward in this new show. 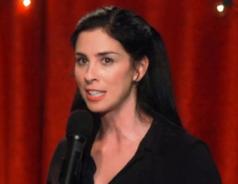 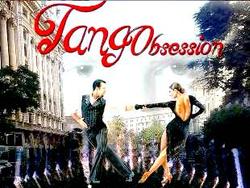