WOMEN IN THE ARTS GALA 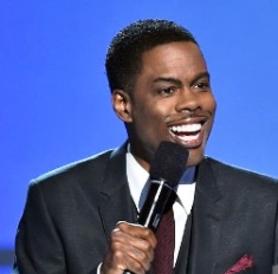 LIVE TOUR TO THE CASINO AT DANIA BEACH

Graham Russell and Russell  Hitchcock met in 1975, the first day of rehearsals  for “Jesus Christ Super Star,” in Sydney, Australia, and instantly  became  friends with their common love for the Beatles and singing. They quickly gained   a reputation for great harmonies and for original songs that Graham was constantly writing.

They made a demo on a cassette of two songs, including “Love and Other Bruises,” and “If You  Knew Me,” and  took  it to every record  company in Sydney . Everyone turned it down but one...CBS Records, who  admired  the unique style.  They made a single in one afternoon that shot to number one on the national charts.

Air Supply was finally born. That same  year, they opened  for  Rod  Stewart  across  Australia  and  throughout the  U.S. and  Canada playing all of  the famous huge venues before Rod would  take the stage.

Each of their songs has achieved multi-million plays on the radio. Recently they finished filming their live Jerusalem, Israel show for a new DVD that will be coming out soon featuring two new songs.

THE  FORTIETH MEMORIAL OF ELVIS PRESLEY

Chris Mac Donald is an experienced entertainer. Not only is he charismatic, but a superb performer as Elvis. Chris has an extensive repertoire spanning from the 50's through today, including contemporary country music, in addition to his own original compositions. He is extremely energetic and has starred as the famous legend in stage productions in cities such as Branson, Missouri and Las Vegas in addition to being a member and performing in concerts with Elvis Presley’s original back-up band, The Jordanaires.

In a tribute marking the fortieth anniversary of Elvis’s death, Chris performs “Memories of Elvis,” a dynamic salute to the King of Rock-N-Roll Hall of Famer. Chris and his high energy band will be singing some of Elvis’s greatest hits as “Jail House Rock,” “Don't Be Cruel,” “Heartbreak Hotel,” and many more.

Mac Donald has the honor of being the only tribute artist to be hired by Presley Enterprises to perform at  Graceland’s Heartbreak Hotel.

With this newly updated version of his popular tribute, Chris has created a multi-media experience for all. He has The Look, The Sound, and The Memories. The Concert is a dynamic full production tribute that shares the incredible story of the shy, humble country boy who became the King of  Rock-N’ Roll in the 1950's.

The Arsht Center of  Miami-Dade  has planned a spectacular evening to celebrate women in the arts. The 11th Annual Gala takes place on Thursday, March 30, 2017, and will feature star-studded  performances by Denyce Graves, Marilyn  Maye, Rita  Moreno, Storm  Large and Vanessa Williams, and special appearances of legendary artists such as Gloria Estefan, as presenter, Judith Jamison and  Chita  Rivera. Additional performers and guests will be announced soon.

For Gala sponsors and those interested in the full Gala experience, the evening will also include numerous opportunities to celebrate the occasion with fellow supporters, community leaders and philanthropists, beginning with an intimate cocktail and networking reception , a gourmet dinner on stage, premium seating for the concert in the John  S., and James L. Knight Concert Hall followed by dancing and dessert.

Gala proceeds will support the Center’s mission-driven arts education and community outreach programs in-cluding Alley Camp Miami, recipient of the 2016 National Arts and Humanities Youth Program Award. Tickets for the performance only range from $25 to $60 may be purchased through the Center’s box office located by calling  305-949-6722 or online at www.arshtcenter.org. *Dress attire is CHIC.

The dinner evening event attire is black tie. Individual tickets to the entire gala are available beginning at $2,500. For more information about sponsorship opportunities or to RSVP for the event, call the Arsht Center Advancement office at 786-468-2020 or email advancement@arshtcenter.org.

Christopher Julius Rock III is an American comedian, actor, writer, producer and director. After  working  as  a standup comic and appearing in small film roles,  Rock came to wider  prominence as a cast member of  Saturday Night Live in the early 1990's.

He went on to more prominent film  appearances, with  starring roles in "Down to Earth,”  “Head  of  State,”  “The Madagascar film series,”  “Grownups,”  “Top Five,” and a series of acclaimed specials for  HBO.

He developed, wrote and narrated the sitcom “Everybody Hates Chris.” He hosted the 77th Academy Awards, won four Emmy Awards and three Grammy Awards, was voted the fifth greatest stand-up comedian by Comedy Central, and in 2010, as the eighth-greatest comic. 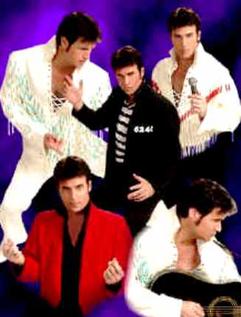 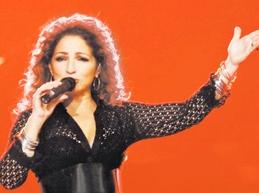