“NO WAY TO TREAT A LADY” TO CORAL SPRINGS

​
The musical comedy, No Way To Treat a Lady, is a murder thriller performed in two acts, is based on the Book, music and lyrics by Douglas J. Cohen and William Goldman that takes place in New York.

Detective Morris Brummell and actor Christopher “Kit” Gill have much in common: both dream of success headlined in The New York Times and contend with overbearing mothers. Morris shares an apartment with his mother, Flora Brummell, while Kit’s mother, Alexandra, a recently deceased theatrical star, continues to haunt him.

To make a name for himself, Kit poses as Father Barry Fitzgerald and pays a visit to Mrs. Sullivan, whose husband recently passed away. He eases her suffering by offering mundane lies and strangling her to death. His final coup de grace is placing a red lipstick kiss on her forehead. Morris gets assigned to the case.

After finding clues that lead nowhere, Morris begins interviewing the other tenants in the building. He meets the beautiful art gallery employee Sarah Stone, and it becomes, immediately, love at first sight- at least for Morris. Sarah only sees him as a change from her superficial circle of friends, and agrees to a date the next night.  After many, many trials and tribulations and extremely suspenseful moments, all’s well that ends well.

The worldwide smash-hit musical, Jersey Boys, tells the remarkable rise to stardom of one of the most successful bands in pop music history, and winner of 54 major awards for best new musical.  In 1962,  New Jersey and  New York was a time when music meant rock n’ roll and  the time when four New Jersey boys from the wrong side of the tracks who, with nothing to lose and everything to gain, went on to become rock n’ roll legends selling 100 million records worldwide, with spectacular performances of all their hits.

The Aventura Concert Series will end with gifted and soulful singer Billy Porter on Sunday April 2, 2017 at 7 p.m.  Porter is the 2013 winner of the Tony Award for Best Actor in a musical and the 2013 Drama Desk and Outer Circle awards for Outstanding Actor in a Musical for his role as Lola in the Tony Award-winning musical Kinky Boots.

Following his performance on Broadway, the Grammy Award-winning singer and composer launched a successful solo career. Fans may also recognize him from his role in the movie “Twisted,” an adaptation of Oliver Twist, and his appearance on an episode of The RuPaul Show. Porter recently starred in the award winning Broadway musical, “Shuffle Along.”

THE MYSTICS ONE OF THE FINEST HALL OF FAME

DOO-WOP GROUPS ARE COMING TO

The Mystics are an American rock and roll group that began in Brooklyn, New York, in the late 1950s. The group was known as The Overons, a quintet that, when signed with Laurie Records, consisted of Phil Cracolici, George Galfo, Albee Cracolici, Bob Ferrante and Al Contrera.

The Overons changed their name and  became The Mystics. The year was 1959 when the song “Hushabye” was released by Laurie records, and immediately became one of  the biggest hits. At its peak , "Hushabye" was in the  top ten in most of the tri-state area, spending nine weeks on the national charts.

The next recording “Don’t Take The Stars,” was played constantly by the New York deejays. It hit the top of the charts  and became The Mystics’ second hit after “Hushabye.”  In 1960 The Mystics recorded “All Through The Night,” and “Let Me Steal Your Heart Away,” in addition to “White Cliffs Of Dover,” “Blue Star,” and “Over The Rainbow.”

In  2002, George Galfo headed up his own Mystics  group known as simply “The Mystics.” Present members are  George Galfo, Phil Cracolici, both original members, joined by their brothers, Anthony De Fontes and Rocky Marsciano returning after some time off. 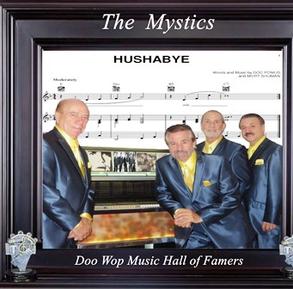 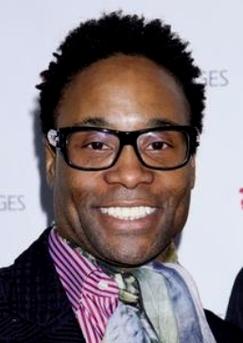 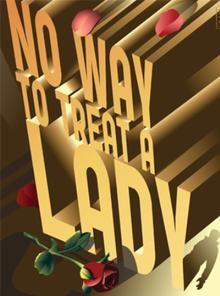 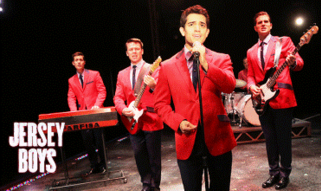