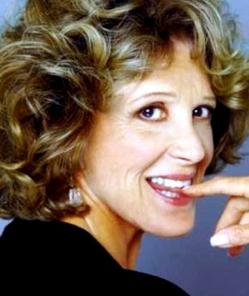 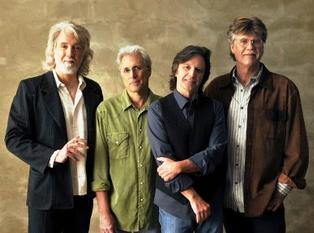 Tony and Golden Globe winner Linda Lavin is known for her wisecracking role as Alice Hyatt in the TV series ALICE, and her appearance on stage in “It’s a Bird...It’s a Plane..It’s Superman,” “Last of the Red Hot Lovers,” “Broadway Bound,” “Collected Stories,” “The Diary of Anne Frank,” “Gypsy,” The Tale of the Allergist’s Wife,” and many others. Recently, she released her first CD, “Possibilities.”

A veteran of the cabaret circuit, Lavin will be joined by her trio for this very special concert, singing Broadway favorites, standards, jazz, and other songs from the great female singers.

This hilarious play tells the story of Nick and Nigel Bottom, two brothers who are desperate to write a hit play. When faced with trying to recreate a new play, Nick and Nigel Bottom are at a loss, but when a local soothsayer foretells that the future of theatre involves singing, dancing and acting at the same time, Nick and Nigel set out to write the world’s very first musical.

With its heart on its ruffled sleeve and sequins in its soul, "Something Rotten" is from the same director-choreographer behind the decade’s biggest smash, The Book of Mormon. It promises to be a celebration of musical theatre, with music and lyrics by Wayne and Karey Kirkpatrick, another brotherly duo who’ve worked with Eric Clapton and on films such as “Chicken Run.”

But amidst the scandalous excitement of opening night, in the Broward Center’s Au-Rene Theatre, from March 21-April 2, 2017  the Bottom Brothers realize that reaching the top means being true to thine own self..and all that jazz.

“Something Rotten”  has won the 2015 Tony Award and most every other award available. Tickets are $49 to $57 at the Center’s box office located at 201 S.W. Fifth Avenue, Fort Lauderdale. For show times and other information call 954-462-0222. *Something Rotten is not suitable for children. Under age of four not permitted.

Members of the Nitty Gritty Band are celebrating their 50th together the only way they know how--by making music. The iconic and profoundly influential Grammy-Award-winners have been cited as the catalyst for an entire movement in Country Rock and American Music.

The Nitty Gritty Dirt Band was formed in Southern California in 1966, and four years later, they scored one of their biggest hits, a Jerry Jeff Walker song called “Mr. Bojangles.” By 1971, however the group had soured on Los Angeles and decided to move to Colorado, where they had performed to enthusiastic audiences.

Several members settled in Aspen, and the band became regulars at the Aspen Inn, at the base of Aspen Mountain. Founding member John McEuen, and band, members of the Music Hall of Fame, believe things would not have happened so well if they had not been in Colorado. He now lives in Sarasota, Florida.

Since the inception of his career, Paul Anka’s songs have been performed more than 100 million times worldwide, including his standards “Put Your Head On My Shoulder,” and “My Way.” Anka has been named the most successful artist in Billboard magazine history, comparing him to music greats like Elvis Presley and The Beatles.

His Billboard chart stats as a performer, includes three number one songs such as “ Diana,” “Lonely Boy,” and “You’re Having My Baby,” as well as 12 other top ten hits. In addition, his songs have been recorded by the greatest artists including Frank Sinatra, Sid Vicious, Barbra Streisand, Linda Ronstadt and Buddy Holly.

Already locally famous as a teen age idol for his songs in English, he also hit the Italian market with “Summer’s Gone,” in 1990, which was released as “Dov Sei.” The record was an immediate success, opening a promise of a foreign career. His top hit “Ogni Volta,” and others, selling more than one million copies in Italy, alone. 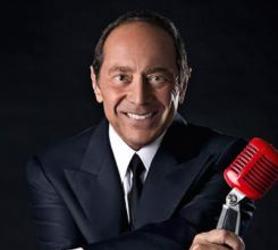 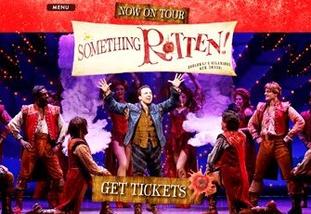