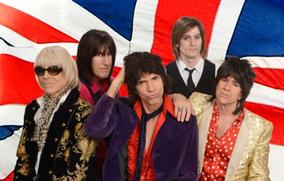 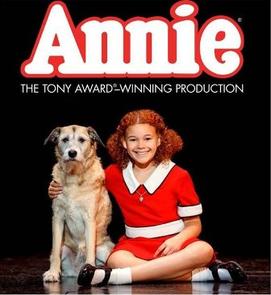 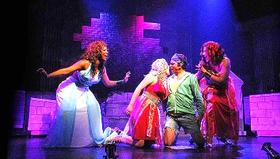 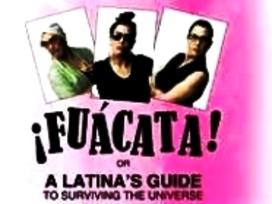 ROLLS INTO THE BROWARD CENTER

Based on the 1980s cult movie classic, that starred Olivia Newton-John and Gene Kelly, the far-out and funny tale about following your dreams, features the chart-topping songs from the film composed by pop-rock legends Jeff  Lynne and  John Farrar including  “Magic,” “Suddenly,”  “I’m Alive,”  “Evil Woman,” “All Over the World,” and, of course  “Xanadu.”

All are part of the team that brings back the sounds and fashions of the era. The cast features Lindsey Corey, Rick Pena, Larry Buzzeo, Lissa Grossman, Sharyn Peoples, Conor Walton, Elijah Word, Sabrina Gore and  Emily Tarallo.

FUÁCATA! A LATINA’S GUIDE TO SURVIVING THE UNIVERSE         ON STAGE AT THE ARSHT’S ZIFF ZOETIC STAGE

The world  premiere of  FUÁCATA is a hilarious one- woman tour de force about what it means to be Latina in today’s America by Elena Maria Garcia and Stuart Meltzer. Now on stage through March 12, 2017 in the intimate Carnival Studio Theatre at the Ziff Ballet Opera House.

FUÁCATA! Brings more than 20 Latina women to glorious life, on stage, by weaving together tales of love, marriage, immigration, and identity, through eccentric stories and whimsical song.  A collaboration between Zoetic Stage artisi, imagination, and director Stuart Meltzer and a  highly celebrated, three-time Carbonell Award-winning Cuban -American actress. FUÁCATA!  Find endless humor in what it means to be Latina where the  politicians speak to building walls while tourism booms in Havana.

Who’s that little chatter box, the one with pretty auburn locks ‘It’s Little Orphan Annie. She, and her dog Sandy, never seem to have a care, and is one of the greatest family musicals of all time. Little Orphan Annie, who took Broadway by storm, lit up the big screen, and delighted adults and children all over the world, will be on stage at the Arsht Center from March 3-5, 2017.

Based on the popular comic strip “Little Orphan Annie,” who is a feisty depression-era orphan, is determined to find her parents who abandoned her years ago on the door step of a New York City orphanage, run by a cruel Miss Hannigan. In one fun filled adventure after another, Annie constantly spoils Miss Hannigan’s evil plans, befriends President Franklin D, Roosevelt, and finds a new family with billionaire Oliver, Daddy Warbucks, his personal secretary, Grace Farrell, and a loveable mutt named Sandy.

It took four and a half years to get Annie to Broadway, but once she arrived, there was no turning back for this courageous little red-headed waif who stole Daddy Warbuck’s heart. The beloved score for Annie includes "Maybe,” “It’s The Hard Knock Life,” “ You’re Never Fully Dressed Without A Smile.”  “East Street,” “I  Don’t Need Anything But You,” and the popular favorite “Tomorrow.” This production of Annie will be a brand new incarnation of the original, starring eleven year old, Tori Bates.

Tickets and information are available at the box office, located at 1300 Biscayne Boulevard, Miami.  Online at www.arshtcenter.org. For updated information call 305-949-6722

FANS OF ROLLING STONES HEAR THE SOUNDS OF

There won’t be the real Mick Jagger on stage at the Boca Black Box on March 4, 2017, instead it will be the Satisfaction Rolling Stones Tribute Band with Chris Le Grand who portrays Jagger in the Satisfaction Band.

At this time he has pretty much gotten Jagger down to a science, by working on his drawl for fifteen years to develop the authentic sound. The band, which has the endorsement of the real Rolling  Stones, has played all over the world including London and Moscow, averaging more than 125 shows a year. He has also put together a “Gimme Abbey” show that imagines a 1969 pairing of the Stones and the Beatles, that has gathered some interest on Broadway, creating more openings.