THE SPECIAL WILL BE BROADCAST IN THE US

Trevi will perform “Ven A Mi Casa Esta Navidad” which is included in the christmas album "Eterna Navidad: Celebremos". The official music video will premiere on December 19 via her YouTube channel

What? The Christmas special “Celebremos: Eterna Navidad” is a music and comedy special packed with world-renowned Latin stars that will premiere on the premium Spanish-language streaming service, Pantaya. Produced by Pantaya, Elefantec Global, Plataforma and Universal Music Group, the special will be presented by international icon Juanes along with his wife Karen Martínez.

Pantaya users will have the opportunity to enjoy this special that will feature musical performances by top-level Latin celebrities such as Gloria Trevi with her single “Ven a Mi Casa Esta Navidad,” Juanes, Alejandro Fernández, La Adictiva, and Tigres del Norte, among others.

Who? Gloria Trevi joins Latin music celebrities to bring joy this Christmas season after a difficult year due to the global pandemic. The Mexican star will perform “Ven A Mi Cada Esta Navidad”, whose official video will be released on December 19 via her YouTube channel.

With a career spanning over three decades, Trevi continues to consolidate herself as one of the most influential latin music artists. Recently, Trevi released her highly anticipated album/DVD “Diosa de la Noche: En Vivo” which was filmed over 3 sold-out nights at the monumental Arena Ciudad de México. Inspired by the pandemic, she released "Demasiado Frágiles,” a song made for reflection about life and the fragility of the human race. In recent months, Trevi has been able to support communities affected by the pandemic through her foundation Ana Dalai, and partnered with México Artesanal to employ over 400 workers in Mexico to produce limited edition face masks, inspired by her most emblematic musical phases.

Where? Via Pantaya (Premium Spanish-language streaming service) and broadcast in the US and Puerto Rico. Link here.
​
​ 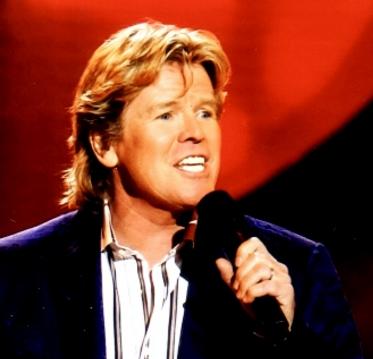 AN ACOUSTIC EVENING WITH PETER NOONE

​          Peter Blair Denis Bernard Noone is a multi-talented entertainer, who has been delighting audiences nearly all his life. He was born in Manchester, England, where he studied voice and acting at St. Bede’s College and the Manchester School of Music and Drama. As a child, he played “Stanley Fairclough,” in the long-running British soap opera Coronation Street.

He was also featured in the television series Knight Errant, Family Solicitor and Monro’s Saki Stories. As “Herman”, the photogenic Noone graced the cover of nearly every international publication, including Time Magazine. He performed on hundreds of top-rated television programs and appeared with such luminaries as Ed Sullivan, Jackie Gleason, Dean Martin and Danny Kaye. He also starred in ABC’s musical version of The Canterville Ghost, Hallmark Hall of Fame’s presentation of the classic Pinocchio (in which he played the title role) and three highly successful feature films for MGM: Mrs. Brown, You’ve Got A Lovely Daughter, Hold On! and When The Boys Meet The Girls.

The eighties found Peter starring on Broadway in the New York Shakespeare Festival’s production of The Pirates of Penzance. He won rave reviews for his superb portrayal of the dashing, young hero, “Frederic”. His performance was so well received, that he went on to reprise the role at the world-famous Drury Lane Theatre in London. Noone charmed audiences worldwide as he continued to play “Frederic” with both the U.S. National Touring Company and the International Touring Company of Pirates. 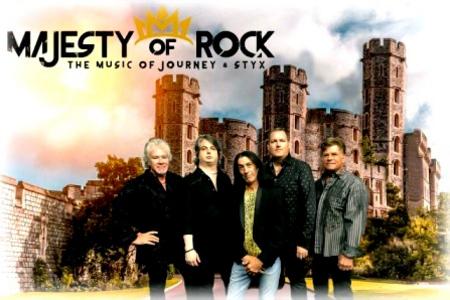 GET YOUR TICKETS NOW AT ARTSBALLETTHEATRE.ORG

For 2020-2021 Arts Ballet Theatre of Florida is proud to be part of the XXV International Ballet Festival of Miami with virtual performances from August 21 through September 10 and the live participation on stage and live-streamed performance of our dancers Janis Liu and Taiyu performing "Winter" with music of Verdi and choreography by our artistic director Vladimir Issaev. This performance will take place on September 10 at the Fillmore Theater in Miami Beach.

We will also be part of the Daniel Lewis Miami Dance Sampler, where the most important dance companies in Miami will unite to perform for you.

For our season we will present our Contemporary and Neo Classical Program, followed by The Nutcracker in December and the beautiful ballet Fairy Doll in March of 2021 and our traditional Spring Gala in April of 2021.

Whether live or virtual, our company is committed to continue fulfilling its mission. Dates and locations are subject to change. 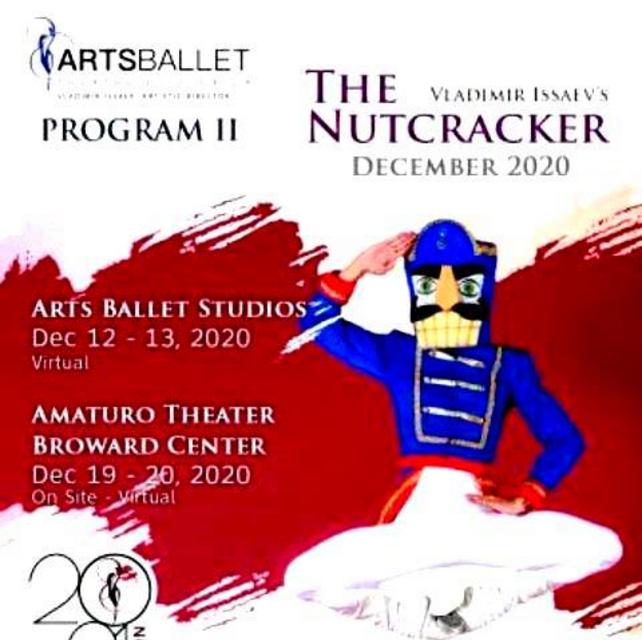 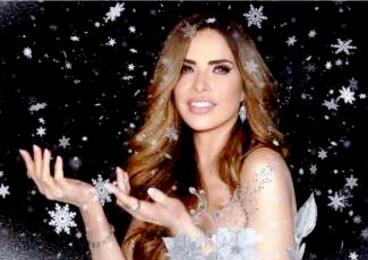