FOR TICKETS AND FAQ'S 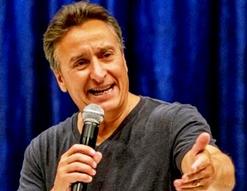 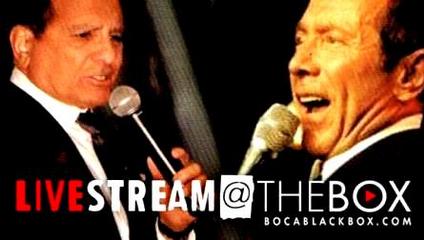 Lou Becomes PAUL ANKA in a powerful and memorable 90 minute show that features hits like "Diana", "Lonely Boy", "You Are My Destiny", "Tonight My Love Tonight", "My Way" and so much more. With special videos, you feel like you're watching Paul Anka himself perform. Also featuring hit songs that were written by Paul Anka for Sammy Davis Jr., Tom Jones, Frank Sinatra and Buddy Holly.

This truly is a show that you are going to remember as you walk out singing the songs you loved so much. Critic Jay Shapiro wrote after seeing Lou’s show, "Lou Villano puts on one hell of a show. Probably the BEST Paul Anka Tribute performer in the United States".

COMEDIAN FRED RUBINO -Brooklyn-raised comedian Fred Rubino’s stand-up routines are deeply rooted in his Italian-American background. He can tell you all about Sicilians from the home country, clogging up his family’s apartment and the inborn cooking talents amongst other family members, in the most entertaining ways possible.

In between appearances on local cable talk shows and opening for comics like Nick Dipaolo and Vic Dibitetto, Rubino also experiments in other creative realms, having written Nazi Princess: The Final Deception in 2005. Now, he leaves the Big Apple for the Boca Black Box in Boca Raton.  ​